Irish indentured labour in the Caribbean

Whilst doing research for the ‘Caribbean through a lens‘ user participation project, a chance phone call from a community group in Birmingham led to the uncovering of a remarkable hidden history of Irish servants or indentured labour being employed on English owned plantations in the Caribbean. At The National Archives, we have unique documentation that demonstrates the sale of indentured labour before, during and after the English Civil War of the 17th century. 1  Many thousands of dispossessed Catholic Irish men, women and children were transported either willingly or unwillingly in this period to work on new sugar and tobacco plantations in Barbados, Jamaica and the smaller Caribbean islands including St Kitts, Nevis, Antigua and Montserrat. 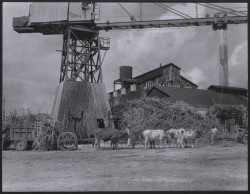 There has been a deal of controversy amongst writers on this subject in the descriptions of Irish indentured labour as ‘slaves’ or ‘servants’. Certainly it can be argued that willing indenture agreements were signed by individuals and a shipper in which the individual agreed to sell his services for a period of time in exchange for passage, housing, food, clothing, and usually a piece of land at the end of the term of service. However, during the post Civil War period many can be described as ‘political prisoners’ after their land was confiscated by the Cromwellian regime, driven from their land to waiting ships and transported to English colonies. The scarcity of detailed information on the servant trade makes it impossible to ascertain accurately what proportion of labour was involuntary, but the evidence strongly suggests that there was a lively traffic in deportees, especially in the period 1650-1659. In 1658, for example, Thomas Povey, an English merchant with extensive West Indian investments, stated that the majority of Irish servants in Barbados and St Kitts had been transported by the English state for treason. 2

Moreover, John Scott, an English adventurer who travelled in the West Indies during the Commonwealth, saw Irish servants working in field gangs with slaves, ‘without stockings under the scorching sun’. The Irish, he wrote, were “derided by the negroes, and branded with the Epithet of ‘white slaves’” 3

One historian, Thomas Addis Emmet, asserts that most Irish individuals appeared in English records as English. No vessel was allowed to sail from Ireland direct, but by law was obliged first to visit an English port before clearance papers could be obtained. Consequently, every such Irish emigrant crossing in an Irish or English vessel appeared in the official records as English, for the voyage did not begin according to law until the ship cleared from an English port.   4

Once in the Caribbean, many plantation owners considered servants and freemen from Ireland as a potentially subversive lot who had to be controlled and kept in a labouring status. The English government allegedly referred to the Irish as: rogues, vagabonds, rebels, neutrals, felons and military prisoners.   5 Punishments for attempted escapes included branding the letters ‘FT’ (Fugitive Traitor) on the servant’s forehead. 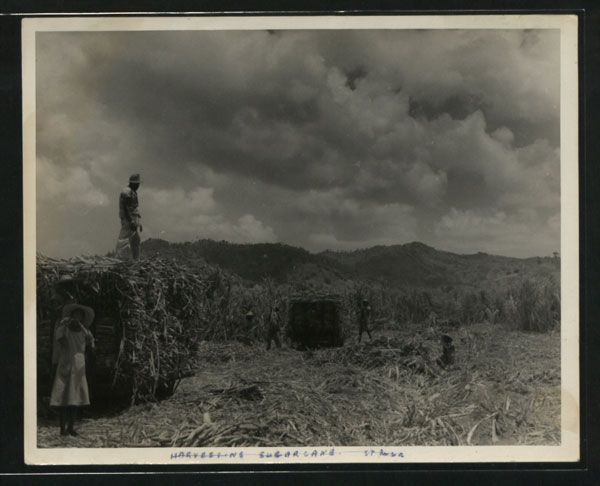 One assembly member in Barbados is quoted in 1667 as stating, ‘We have more than a good many Irish amongst us, therefore I am for the downright Scott, who I am certain will fight without a crucifix about his neck’. 6

By the third quarter of the 17th century on the island of Montserrat, the Irish immigrants were in the ascendancy. A 1678 census shows a vibrant community of almost 1,900 Irish men, women and children – a verifiable 50% of the population – existing as either indentured servants or freemen. Comparable figures for the other Leeward Islands were 26% Irish on Antigua, 22% on Nevis, and 10% on St Christopher. 7

Successive governors promised immigrants religious tolerance and easy access to land ownership, and servants from Ireland as well as Irish freemen from Barbados and the Leeward Islands responded in the period 1660-1700. Jamaica became the leading West Indian destination for Irish and English servants departing from Kinsale, Bristol and London in this period.

The legacy of such a diaspora today is that on several of the Caribbean islands there are place names such as Cork Hill, Kinsale and Roche’s Mountain from the Emerald Isle. In islands such as Montserrat, St Patrick’s Day is a national holiday among the inhabitants and the telephone directory contains page after page of Irish names such as Allens, Ryans, Daleys, Farrells Rileys and Sweeneys.