Women’s participation in politics has been a hot topic this year: organisations across the country have marked the centenary of the Representation of the People Act which enfranchised significantly more men and also gave women (who were over the age of 30 and owned property) the vote in general elections. Here at The National Archives we have taken part by running our Suffrage 100 season and publishing numerous blog posts.

The centenary isn’t over quite yet, though; in fact, there are many other firsts still to be recognised around women’s participation in and their relationship with Parliament. Today marks another milestone – 100 years ago today the Parliament (Qualification of Women) Act received Royal Assent and commenced.

The Act, which is strikingly short, allowed women to stand for election as MPs from the age of 21. A ‘quirk’ of the Act is that it allowed women, under 30 years of age, to stand in elections in which they were not yet old enough to vote. 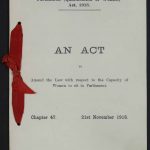 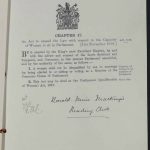 After women were allowed to stand as MPs, the physical space in the Palace of Westminster had to change. One key change was that room now needed to be set aside for female office space. Within our Office of Works collection here at The National Archives, we hold plans depicting the proposed changes. 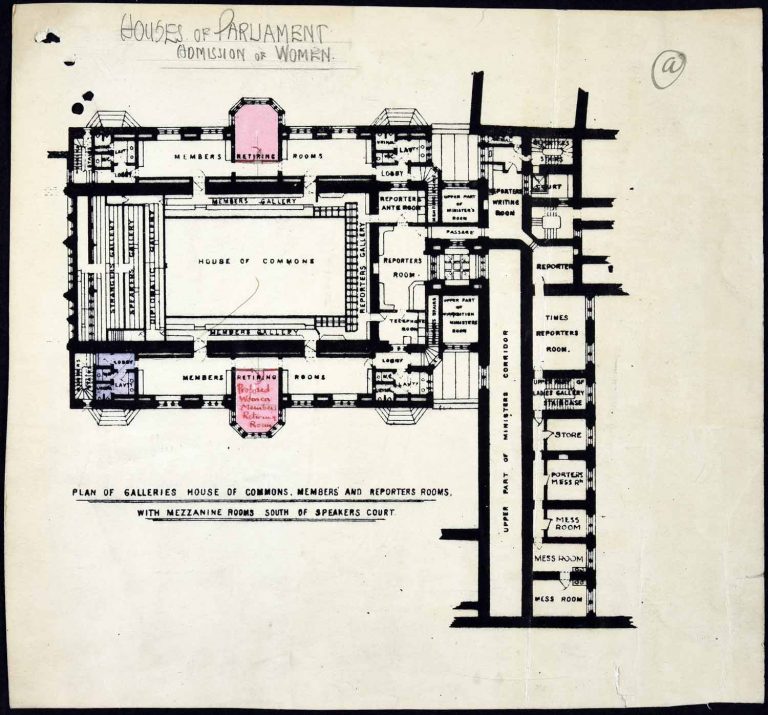 From the plan we can see that part of the Members’ retiring area was to be siphoned off for female members. What was eventually created was referred to by early female MPs as ‘The Tomb’. The space was small and poorly furnished compared with the space occupied by male members. Female members were also required to share the room regardless of their political affiliations: this meant that, as more women entered Parliament, the room became overcrowded with some members even having to sit on the floor to work. 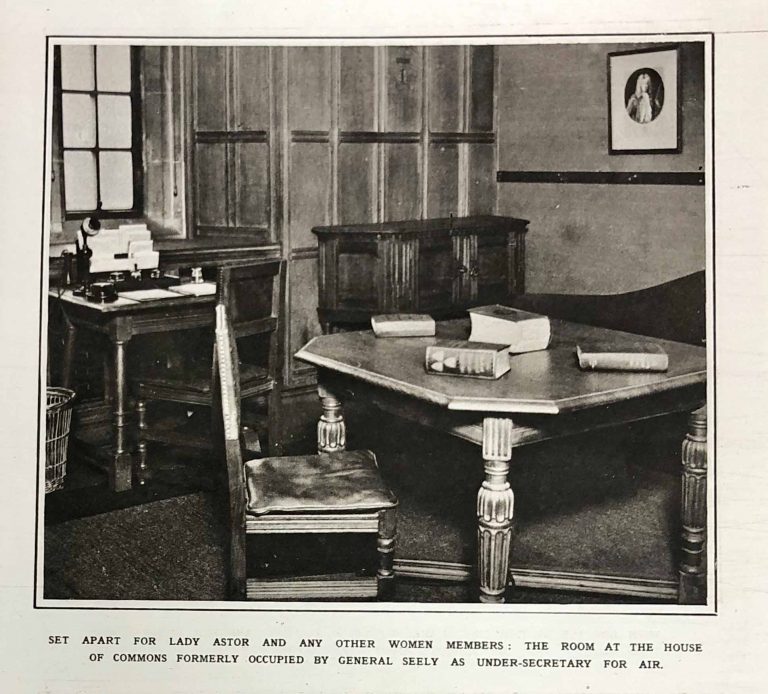 ‘The Tomb’ was recently immersively re-created as part of Parliament’s Voice and Vote exhibition to give a real sense of what it would have been like for the first female members.

If you are interested in the work of some of the first female MPs to sit in Westminster, you can search our catalogue, Discovery, using keywords relating to the issues they campaigned about, committees they sat on and positions they held. For further advice on searching, take a look at our Discovery Help pages.

Of course, before women could enter the Lady Members’ Room, they first had to run for – and successfully gain – a seat in Parliament. The first election that women could stand in as candidates was the general election of December 1918. This was also the first election in which some women, as well as the newly enfranchised men, could vote.

Next month we will be blogging again to mark that historic election and reflect on the first women to win seats in Westminster. Until then, you can find out more about women’s campaign to influence politics through our Suffrage 100 portal.