A warts and all view of war 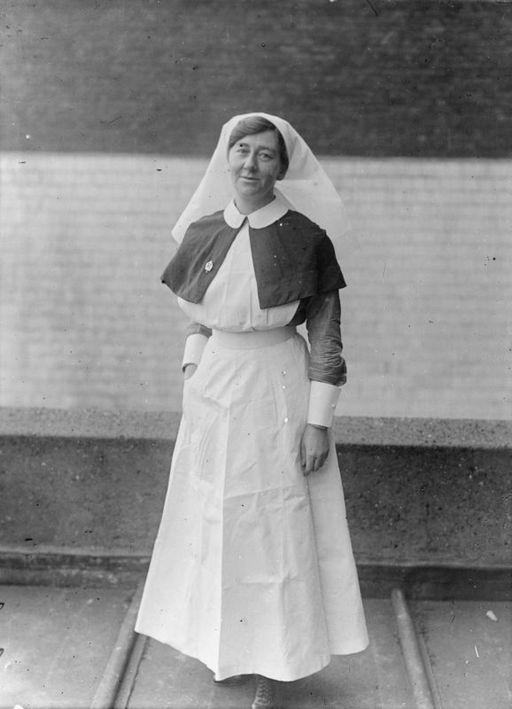 We are overwhelmed here in the bookshop with the deluge of books on the First World War pouring out of every publisher to greet the centenary.  As the boxes roll in we don our helmets and puttees and drive forward -‘over the top boys, it’ll be done by Christmas’ we hurrah. Except of course it won’t, it will roll on for the next four years. We know that. The men in the trenches didn’t, and they had far more than paper-cuts to deal with. They had mud and blood, a step forward, a move back, and four years or more of living hell. If they were lucky. So many, so young are still in France.

Harry Patch, the longest surviving British veteran from the First World War, died in 2009 so we really have no-one now to ask to help us understand how it was.  We do however have a wealth of published information: memoirs, histories, analyses, novels and poetry. All help us to gain an insight into a world with both similarities and differences to our own.  For some readers it is vital to get to the truth and the facts, and for them autobiographies, memoirs and history books are the key.  For others the important thing is the flavour and emotion of the period and this is where novels, films, television series or poetry can be the things to turn to. Whatever your personal route into the past, there is plenty available at the moment to explain and explore.

As it is, or soon will be, the centenary of the conflict there will be a lot on the television set around the period.  Television is a great medium and there is nothing more relaxing than a glass of wine and a good drama – but it has weaknesses as well as strengths. The BBC’s flagship First World War programme at the moment is The Crimson Field. Playing on Sunday nights it follows the lives of the staff of a British field hospital in France. It has been well researched and features a cast of talented actors. The characters are attractive and engaging, and the stories are carefully chosen to nod to some of the issues faced at the time: the lack of experience amongst some of the volunteer nurses, supply shortages, administrative incompetence. There are storylines featuring the effects of shell shock, the Irish Home rule question and social changes affecting the lives of women. But overall my biggest criticism is that it is just too ‘Sunday-night telly’.  A little too clean, the blood an aesthetically striking splash of vivid scarlet on a starched white uniform, and the focus on individual patients whose suffering is grim but stands in sharp contrast to the rows of neatly made beds peopled by quieter and more convalescent patients. Everything is just a little too well-ordered (private lives of the nursing staff excepted).

If you are interested in a more warts-and-all view of field hospitals you could do well to look to The Backwash of War by Ellen La Motte. As Ellen herself wrote, ‘there are many people to tell you of the noble side, the heroic side, the exalted side of war. I want to tell you of what I have seen, the other side, the backwash. They are both true.’ Ellen was an American nurse who volunteered and served in a French field hospital ten miles behind the Belgian lines.  Her series of sketches were published initially in the Atlantic Monthly and later as a collection. They were banned at the time because of the effect they were considered to have on public morale, and they make harrowing reading. 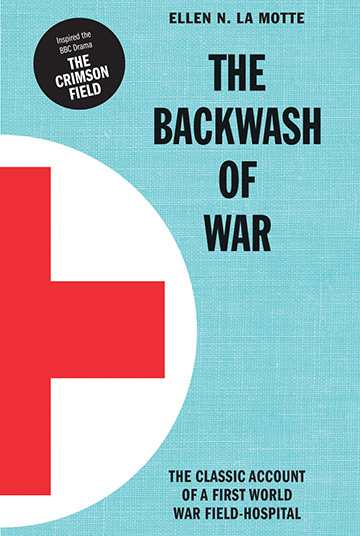 All the pieces are individual vignettes showing the effects of modern industrialised warfare on individuals. There is a lot of suffering here, a lot of pointless waste and pain, and most of all a lot of anger.  Suffering and anger do not always bring out the best in people and there are ugly deaths and selfish behaviour, although always it is clear that this is not how anyone would want things to be.

There is also a fair smattering of dark humour – a particular favourite of mine was the story of the French orderly who had received his post in the field hospital as a sinecure and an escape from service at the outbreak of war, when the guns were distant and his duties involved sweeping up and keeping the tents tidy. However the lines moved, the wounded rolled in and now the cushy billet has become a hard and thankless task. Every night he burrows out under the wire to walk down the road to the local estaminet to drink to forget – nothing in this, many do. However our ‘hero’ does not burrow back along with the others – he waits until it is light and presents himself drunk at the front gate, whereupon he needs to be put on a charge. This means he can spend the day marching up and down doing drill and thereby avoid his ward duties.

There are many other equally interesting books on life in field hospitals. In particular I commend to you  Dorothea’s War by Dorothea Crewdson, the diary of a Red Cross nurse serving in northern France, and Stretcher Bearer,the memoir of Charles Horton who worked for the Royal Medical Corps through the horrors of Passchendaele, Ypres and the Somme. Or look at Lifeline, Iain Gordon’s account of a British casualty clearing station at Grevillers on the Western front, or Emily Mayhew’s Wounded, a factual account of the casualty’s  journey home from the battlefield.  We have a few more weeks of The Crimson Tide and it is interesting to watch. But read a bit around the subject, particularly the words of people who were there, and it will mean a lot more. It may make you shout at the television a bit but there is nothing wrong with that.