It is Volunteers’ Week, an annual celebration of the wonderful contribution made by millions of volunteers across the UK. The National Archives has worked with volunteers for over 20 years on a wide range of activities, from onsite cataloguing and conservation projects, to online collaborations. Our volunteers make an invaluable contribution and as the manager of one of our onsite volunteer projects, I would like to share with you some of the work that we do.

I manage a team of volunteers cataloguing early 19th century criminal petitions for mercy (record series HO 17, covering the period 1819-1839). These are predominately letters sent in to the Home Office by convicts, their family and friends begging for a reduction in sentence. There was no court of appeal at this time, so applying to the Crown for clemency (via the Home Office) was the only way to seek a reduction in sentence. The stakes were high – at the beginning of our period over 200 crimes were punishable by death and the more common sentence of transportation beyond the seas could mean a lifetime of separation from family and friends.

The letters give us a fascinating first-hand account of what it was like to be on the receiving end of 19th century justice. In seeking to explain why someone deserves mercy the petitions provide us with rare descriptions of working life, family relationships, riots, prisons, convict hulks and convict Australia from the people who were there. The prisoners’ crimes range from murder to vagrancy and the convicts come in all shapes and sizes, from agricultural labourers rioting against low wages, to clerks embezzling large amounts of money, to real life ‘Artful Dodgers’ picking pockets and stealing handkerchiefs. 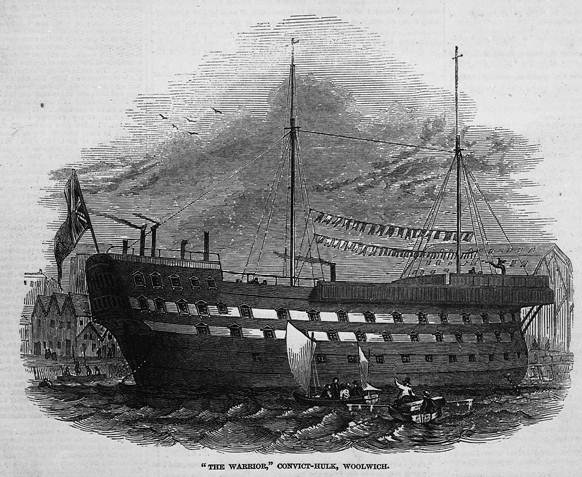 These fascinating papers are a sadly underused resource, largely because until recently the only way to access them has been to browse through long lists of names in correspondence registers (series HO 19) 1 . Our volunteers read through the letters and papers in HO 17, capturing vital data including names of convicts and victims, place and date of trial, crime, sentence and grounds for clemency in detailed catalogue descriptions. The petitions vary in length from one page letters to large bundles of correspondence, character references and other papers. Many petitions are annotated with instructions for a response so we can frequently see the outcome. We have catalogued just over half the series so far and our work has revealed some fascinating stories of the ordinary people caught up in the justice system. Over the coming months I will share some of these stories to illustrate the rich potential of the criminal archive and to highlight the invaluable work of our volunteer cataloguers.

One of the most striking things about these petitions is that they were sent in from across the social spectrum. There are urgent, emotional letters from family members, some riddled with spelling mistakes and signed with a cross; there are elaborate formal petitions in flowery language; and there are also letters from wealthy landowners and politicians to their peers, extending their influence on behalf of their tenants, acquaintances or friends. The two cases below give just a flavour of the different sorts of petitions and prisoners we encounter in our cataloguing.

David Morgan, aged 23, was tried at the Old Bailey in December 1826 and found guilty of stealing from the person. He was sentenced to seven years transportation, but like many convicts he was first sent to the hulks, retired warships converted into giant floating prisons off the coast and on the Thames. In July 1827 his parents Thomas and Eleanor write to the Home Office petitioning for his release. 2 They have taken in their daughter-in-law and grandchildren who have been left destitute by David’s imprisonment, but this has caused them difficulty too: they have a family of their own to support and Thomas is only a woodcutter who finds it hard to make a living. 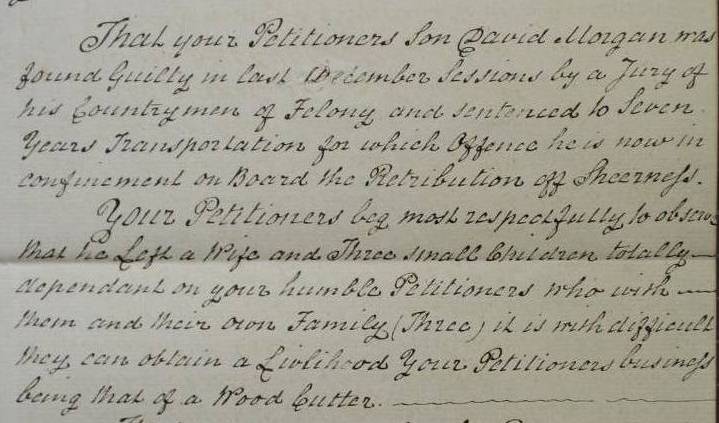 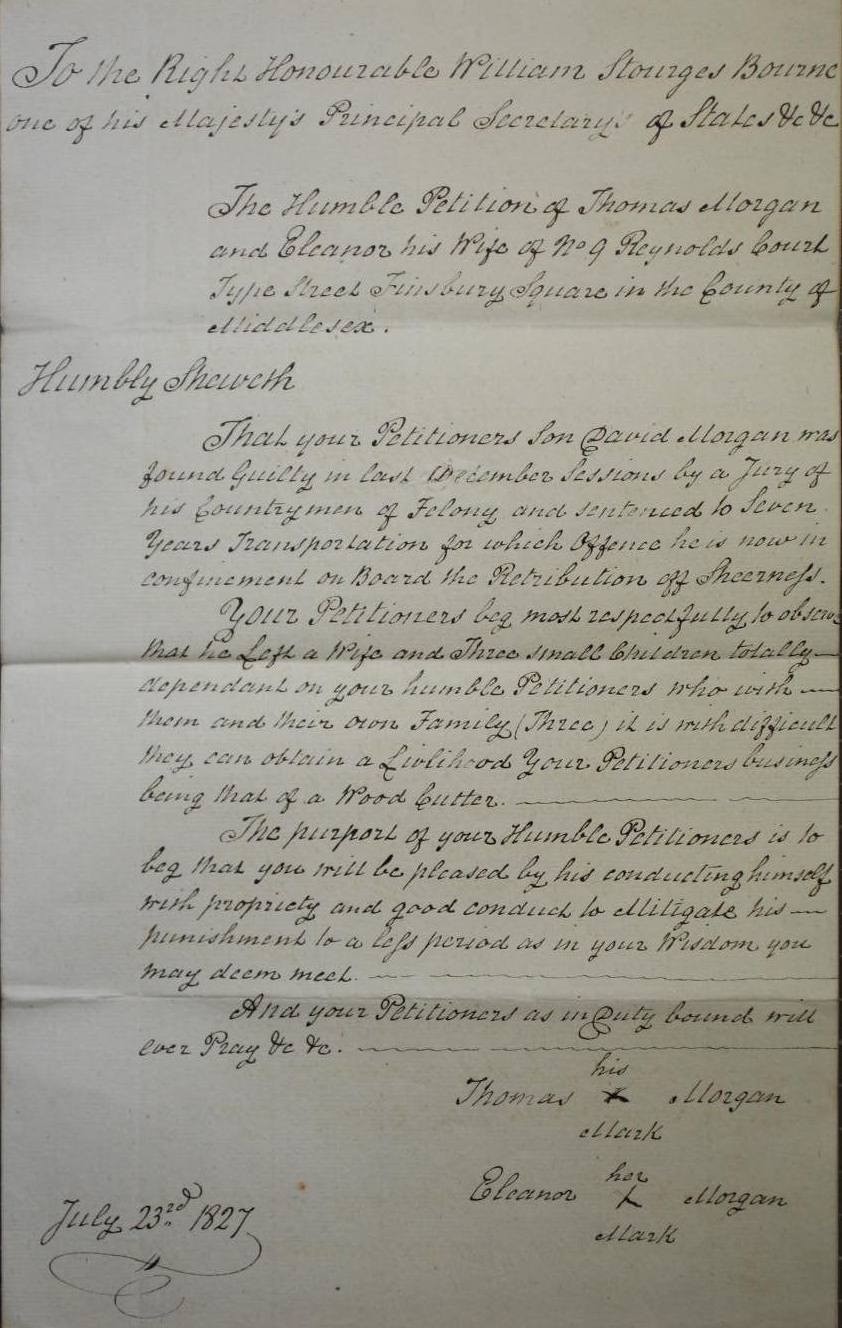 Their petition is set out in a style that is repeated many times in HO 17, with a formal address to a person in authority setting out their circumstances, stressing their humility and outlining why the convict is worthy of consideration . Their son, they write, has behaved well on the convict hulks and they plead for his early release. The petition is short and ultimately unsuccessful as witnessed by a scrawled ‘Cannot be granted’ on the letter, but we get a flavour of their life and the impact that David’s conviction has had on the family as a whole.

Alexander Charles Kershaw is a very different case and is a good example of how a convict might try to use influential connections to their advantage. Kershaw actually escaped trial in 1815 by fleeing to Germany and then the United States and hopes for a pardon so that he may return home to England. 3 A trainee solicitor, he was charged with forgery and felony. In his application, dated 1821, he expresses his contrition, claims that his former employer exaggerated his crimes and stresses his family’s military service and station: his grandfather, Alexander Kershaw of Heskin Hall, Lancashire, was aide de camp to the Duke of Montrose at Prestonpans and his father and uncle studied at Oxford before serving in the military. 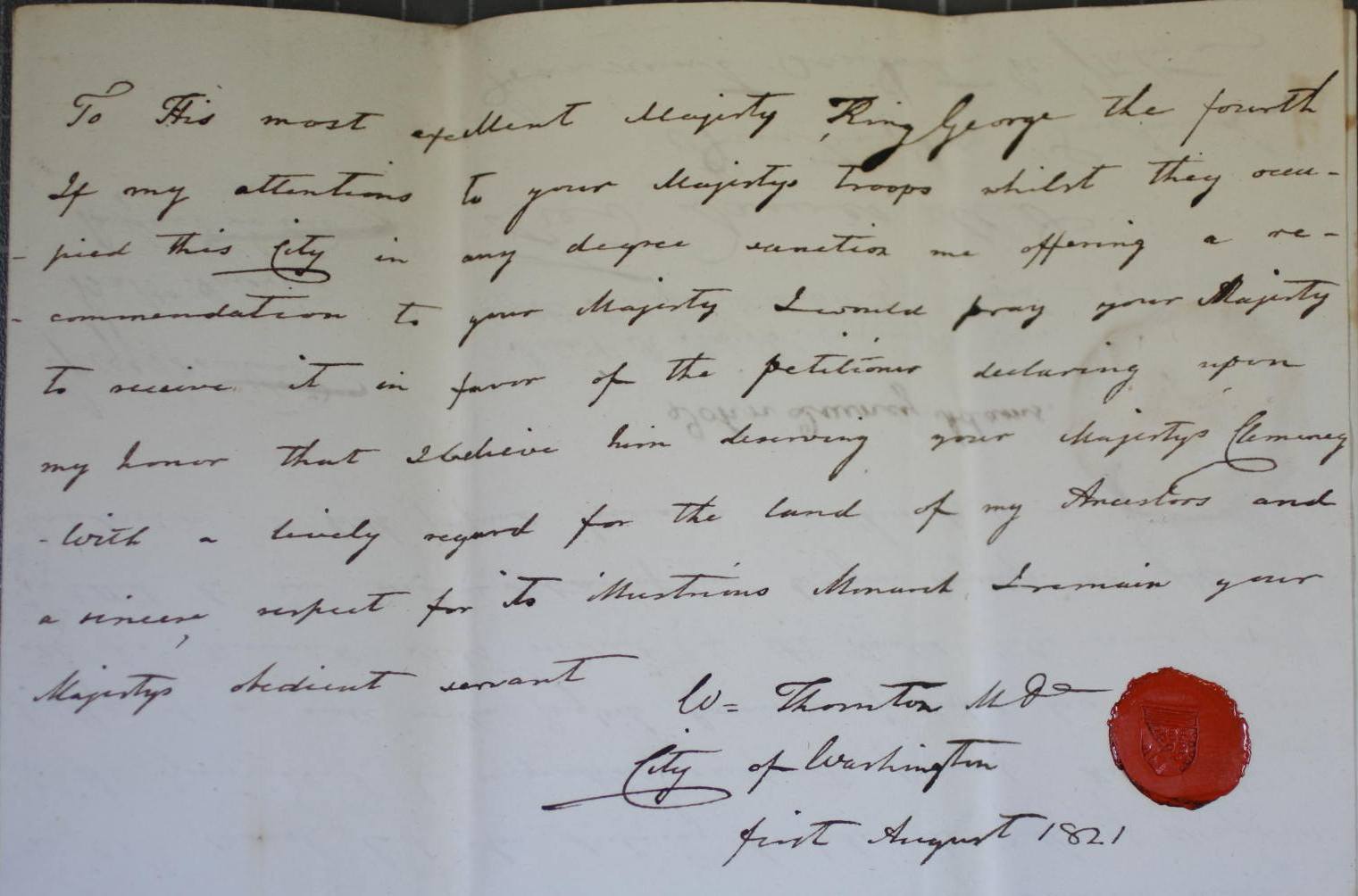 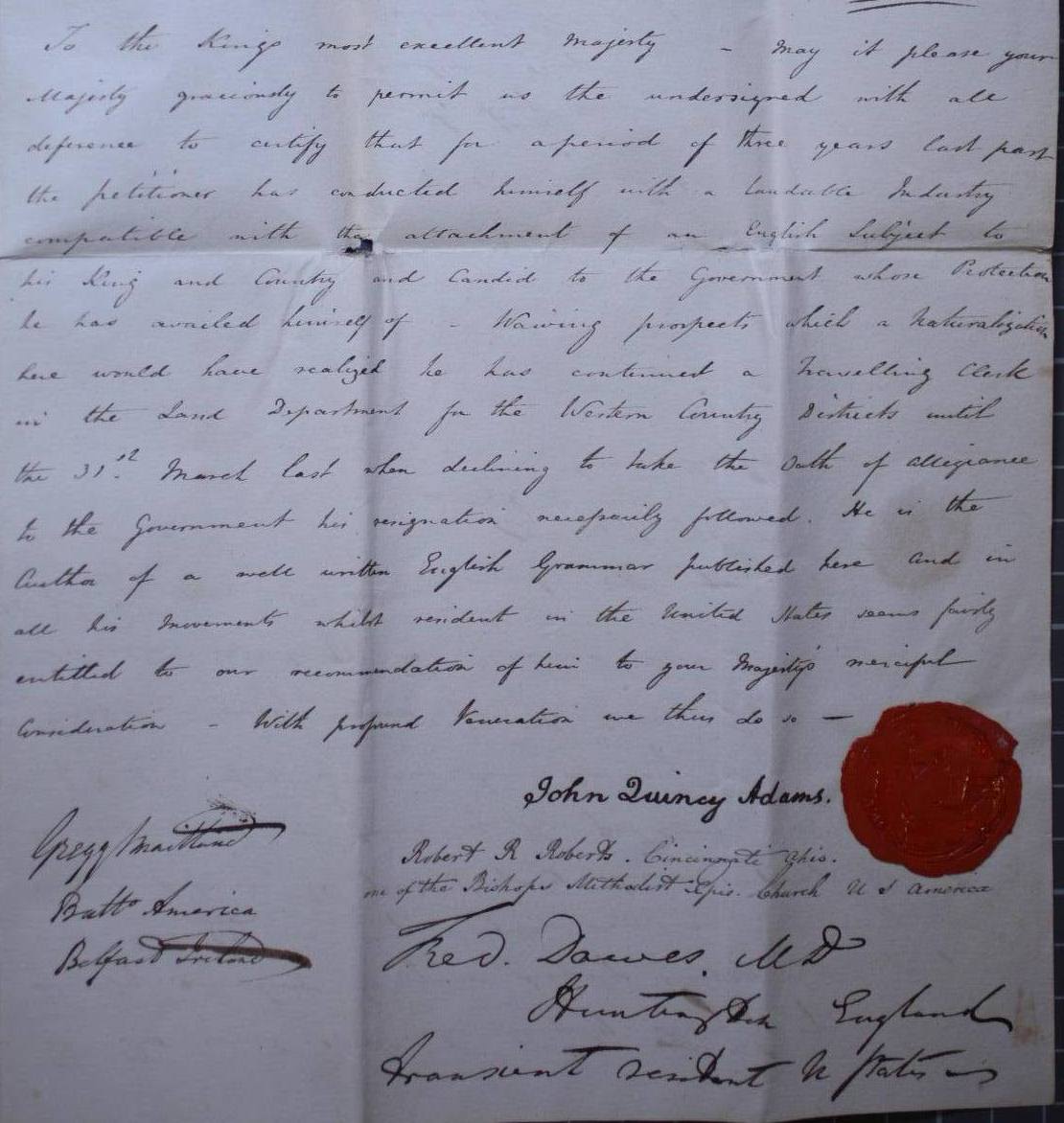 Now living in Washington, and the author of a successful work on English grammar, he has been able to attract some impressive names to his petition, including John Quincy Adams, then Secretary of State and later President of the United States, and William Thornton, the polymath who designed the United States Capitol. Such patronage is designed to underline Kershaw’s respectability and he stresses his continued loyalty to his homeland, reporting that he has refused to naturalise as an American, a move which lost him his job. None of this does him any more good than David Morgan’s parents’ plea, and his petition meets with a curt ‘no orders’.

Both of these records are now keyword searchable on our catalogue. Where once they were only described by 19th century reference codes, they can now be found by searching Discovery, our catalogue, by name, crime, sentence, location, or indeed, any of the words or phrases in the catalogue entries. By capturing such detailed descriptions we hope to open up these records to the widest possible audience and I would like to thank the volunteers for their time and their dedication to the project which have made this possible.