Set cookie preferences
Home > Blog > ‘This is our park’: A community well-being project

‘This is our park’: A community well-being project

‘This is our park’ is a unique collaboration between The National Archives, Wandsworth Heritage Service and SHARE, a local charity based in Battersea which provides training and employment support for disabled people.

Our parks are an essential part of the community space and can help contribute to local identity. They are built for everyone; they provide an opportunity to enjoy nature, a place to engage in a social or individual activity, and a space to exercise.

In a similar way, archives are social spaces where individuals and groups can search, experience and delve into the collective memories of people and places. They can inspire curiosity and wonder. The National Archives has recently revealed its new four-year strategy – Archives for Everyone – and ‘This is our park’ is one project which aims to fulfil that ambition.

The project is part of The National Archives’ wider outreach programme to make archives accessible and include those groups that traditionally might not encounter archives. At the heart of this approach is collaborating with a diverse range of groups, offering them a public service that promotes the value of participation, and at the same time raises awareness of our collections among their families, friends and the wider public.

The aim of the project

The project’s aim was to encourage the SHARE students to learn about their local parks and get a sense of their local and National Archives service. 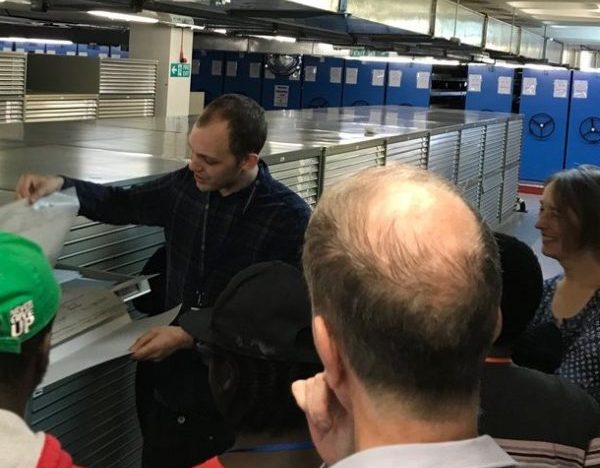 Students were given examples of images from both the Wandsworth Heritage Service and The National Archives collection, and encouraged to use them as inspiration for their own design of their park. Images of items that are normally found in a park such as trees, plants, birds, squirrels, ducks and ponds, as well as recreational facilities, were available to use so that students could be creative and put their individual stamp on their design. In performing this task they were learning about nature but also building on existing skills taught as part of the SHARE programme of learning.

Students were encouraged to engage with different archival material relating to the borough of Wandsworth, its outdoors and public spaces in a meaningful way. 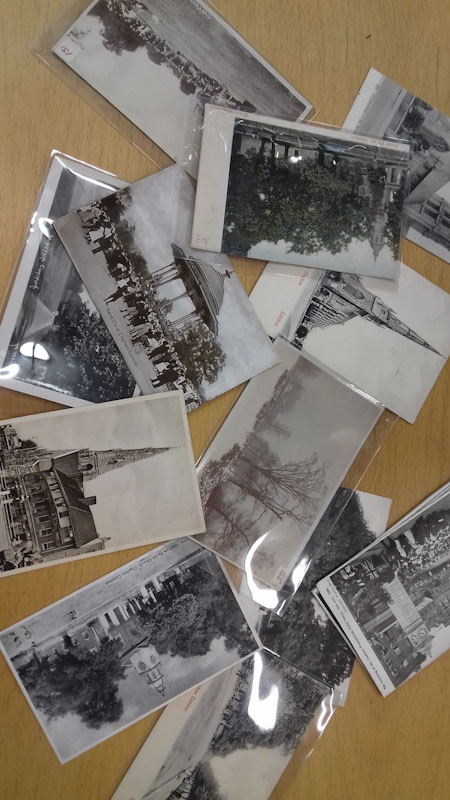 In one session at the Wandsworth Heritage Service, we encouraged the students to talk about their local area and respond to a selection of facsimile documents by making collages, drawings and paintings. Students could use tracing methods to draw flowers and plants, and could also use cut-outs of images derived from the archival collections.

At the Heritage Service, the archivist Emma Anthony used various maps to illustrate how the local borough had changed its land use over time. Wandsworth Park, for example, was an allotment garden during the Victorian era, but became a formal park that opened in February 1903.

We went to Wandsworth. We walked by the river. I saw water and boats. I saw a grey heron, a cormorant, a duck and a moorhen […] Two women from Wandsworth Park showed us trees, leaves and flowers […] I liked going to the park

During the second week of the project the group visited Wandsworth Park, where they learnt about the history of the park from two parks officers from Enable Leisure and Culture, the charity who manages Wandsworth’s public green spaces on behalf of Wandsworth Council. They heard about the different trees planted, the facilities on offer and the local wildlife. The trip gave the students a reference point for when they designed their own community park, inspired by documents held at The National Archives. 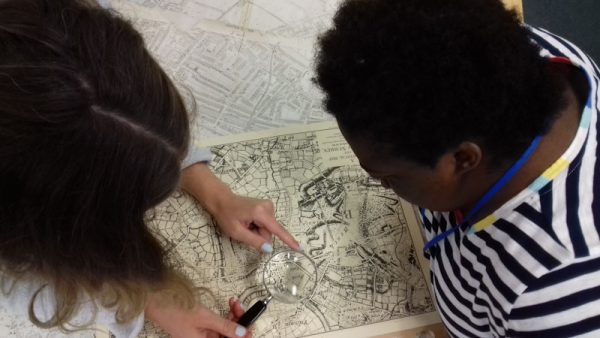 During their visit to The National Archives the students learnt about the role of an archive, and the services that The National Archives offers. They also had an opportunity to tour behind the scenes. The students were shown a display of visual documents to showcase the variety of images relating to the outdoors including plans of parks and images of plants. They were shown examples of photographs taken by John Dixon-Scott, a photographer who took images of the British Isles in the 1930s and 1940s, and which are now in the INF 9 collection. This collection contains many images of parks, gardens and flora which acted as stimulus for the students. 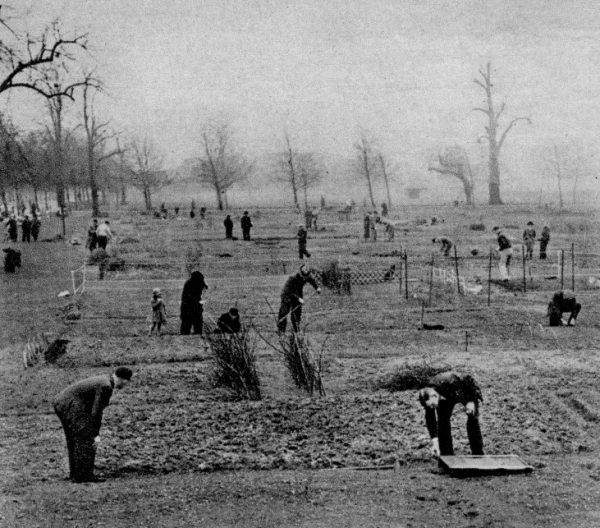 A selection of images of Kew Gardens from the Dixon-Scott collection showed the students what Kew looked like in the 1930s, with examples of plants and surrounding areas. Maps and plans of different parks such as Regent’s Park demonstrated to the students how historical maps were made, as well as how the maps were drawn and how different they were to other visual representations of the outdoors. 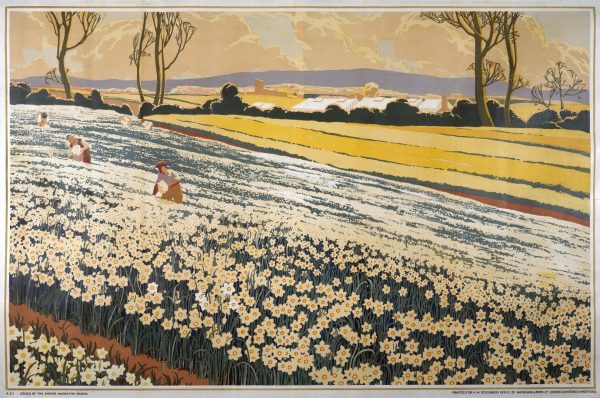 The students were then encouraged to decide and contribute to designing and making their own park. 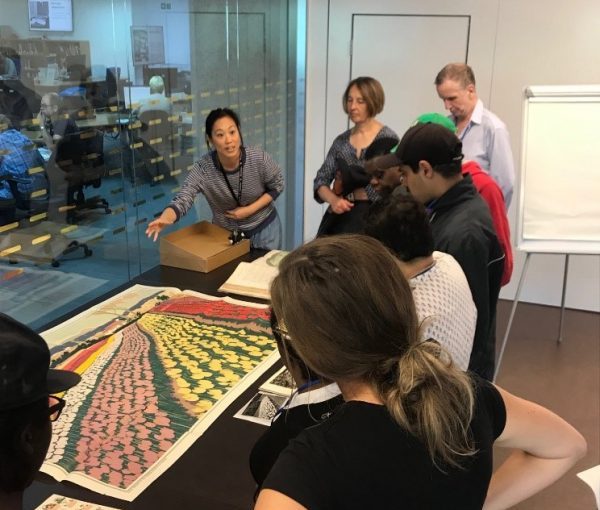 Students observing a selection of documents at The National Archives

What the SHARE students created was a collective effort. Together they made decisions on what to include, where in the scheme of the park to place their individual contributions, and how to incorporate items collected from park visits and their tree rubbings into the overall design. 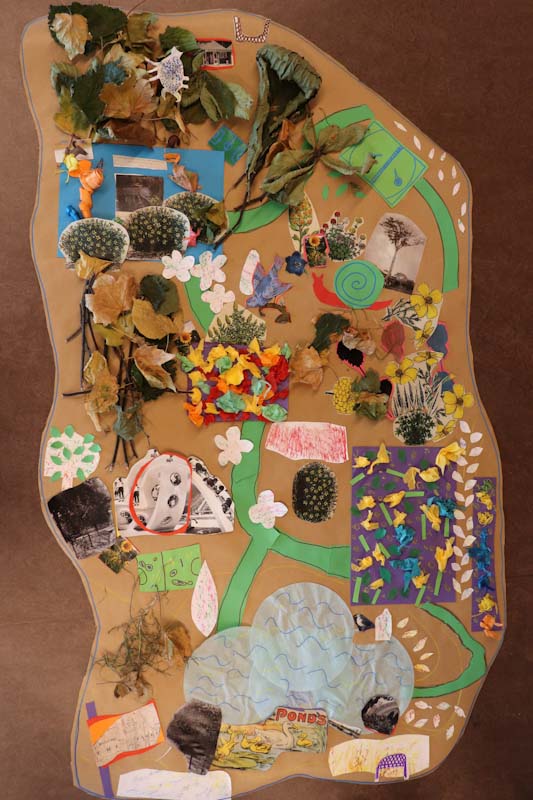 Group collage made by SHARE students whilst at The National Archives

Later in the project the students took a trip on a bus to Lark Hall Park in Lambeth, the neighbouring borough. Here they observed and digested the different elements of a park such as a play area, a pond, spaces for organised exercise such as a tennis court as well as wildlife. They were given an information sheet with images of different leaves and branches from trees and encouraged to find them as they walked around. They also saw the different species of birds located in the park such as blackbird, jackdaw and budgerigar! The visit encouraged them to think about what makes up a public space. Edmund, one of the students, told us what he most enjoyed about his visit to the park and the library. 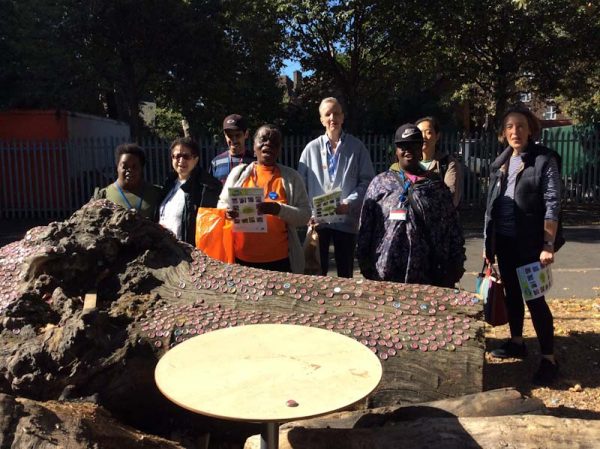 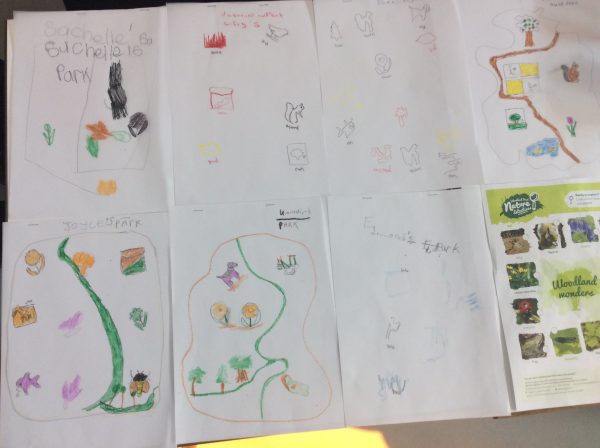 Participants produce designs of their own park 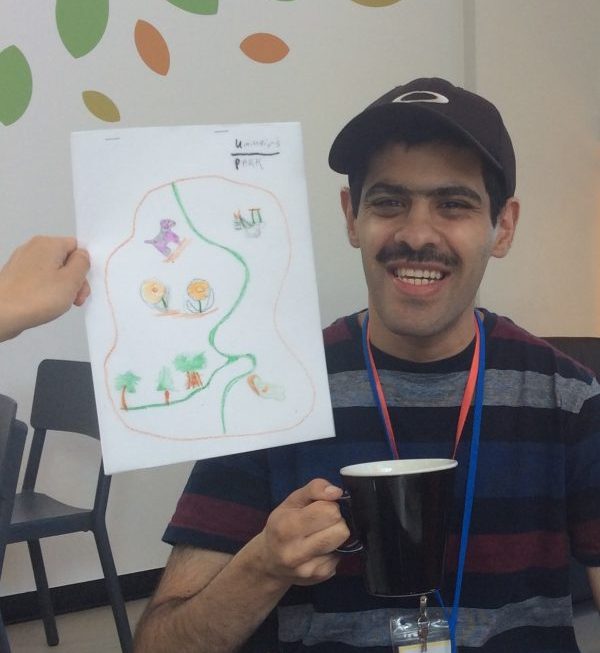 One of the students showing his own park design

You can see what the students made as well as examples of documents from both archives at an exhibition being held at Putney Library from 5 October to 18 October 2019.

If you’d like to volunteer at SHARE, see the SHARE website for more information. And you can find out more about The National Archives’ other outreach projects in this blog post about a recent creative reminiscence project with elderly people, Back in Battersea.