Home > Blog > Back in Battersea: a creative reminiscence project

Back in Battersea: a creative reminiscence project

In the course of a few afternoons, I learned so much about the lives of the elders participating. While we crafted, the elders shared memories of growing up, how they met their partners, their first dates, and raising children.

Reminiscence can be used as a way of enjoying nostalgia, to build up a picture of an individual and his or her life history, to maintain social skills, to resolve past difficulties and to have fun. There are also many possibilities and forms this could take when archives are used as part of the process.

Following a pilot reminiscence project in 2018 with a group at Roehampton Library, this larger project brought together a wider group of project partners including the Katherine Low Settlement (a community centre in Battersea) and Wandsworth Heritage Service. This collaborative project aimed to get a community group, Katherine Low’s Tuesday Club, to recall individual and collective memories of Battersea prompted by archival documents held at the respective archives.

Building on the Stories from the Streets project from 2016-17, this project is part of a programme of work that The National Archives has been developing over a number of years to promote health and wellbeing through engagement with archives, but with an added creative element. Participants worked in groups to make memory boxes and collages to record responses or to reflect their unique memories of Battersea. 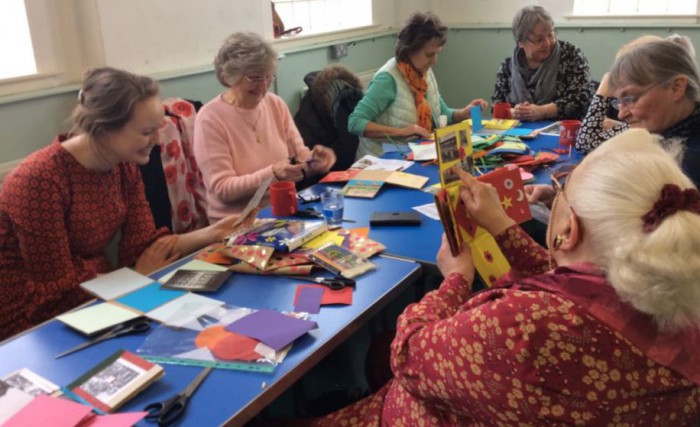 The archives seen and used in the project

The group were shown a variety of visual documents: photographs and plans of Battersea from the early 20th century onwards, including records relating to Battersea’s history.

I selected images from our archives that I thought Katherine Low Settlement’s elders would be familiar with – particularly of Battersea High Street, where Katherine Low Settlement is situated, as well as Battersea Park. In the discussions that followed, participants told us how they came to live here, how the shops had changed […] Lots of little details which are missing from the ‘official’ records of the borough.

These selected records reflected the following themes: ‘School days’, ‘Sense of place’, ‘Parks and spaces’ and ‘Entertainment’. They included key landmarks of the area such as Battersea Power Station and Battersea Park. 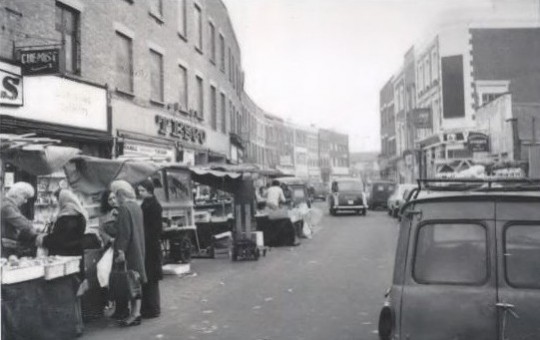 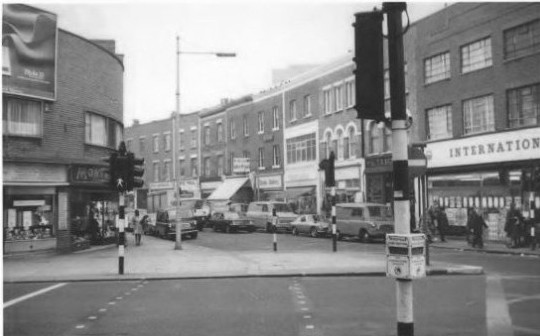 For instance, the participants were shown from The National Archives’ collection a drawn plan of ‘Historic Battersea’ (a local publicity authority poster) and photographs of Battersea Pleasure Gardens, including the funfair, which were taken as part of the 1951 Festival of Britain celebrations.

Some of our participants had experienced famous funfair rides such as the ‘Rotor’. The Rotor was a circular wooden fairground attraction with gravity defying powers and had a built-in viewing gallery, where paying spectators could watch people ride it. Rita met her husband-to-be on the Rotor. She said, ‘I was 15 and I had never been on the Rotor because I was too scared. So we went on it, and we started to slip, and he grabbed my hand and that was it’. 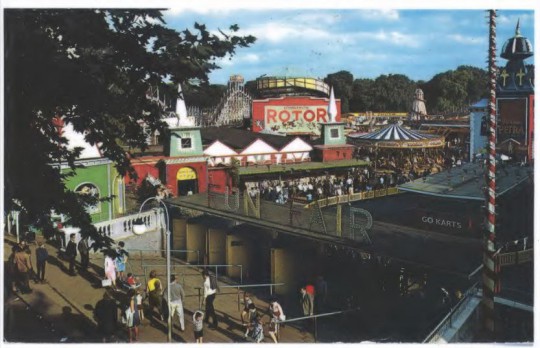 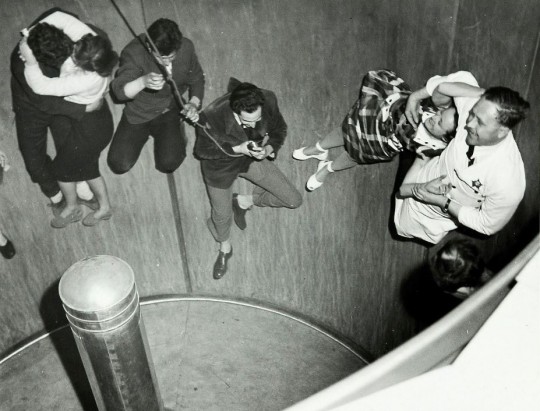 By looking at Ordnance Survey maps (annotated by surveyors as part of the Valuation Office Survey 1910-1915) participants were also able to recall where they lived during their childhood or teenage years. Edith, one of the participants, remembered dances at Battersea Town Hall, while Florence recalled going to cinema matinees on her day off. Old street names, schools and shops were recalled with fondness.

Over the course of five weeks, the group shared some of their memories through themes including coming to Battersea and how Battersea has changed. Participants also took part in different creative activities, while some members went to record their memories as part of a structured interview process.

We carefully weaved within this a series of devised group activities that started with viewing images placed on thematic tables and then progressed to individuals and small group work, which included designing and adding content to memory boxes. 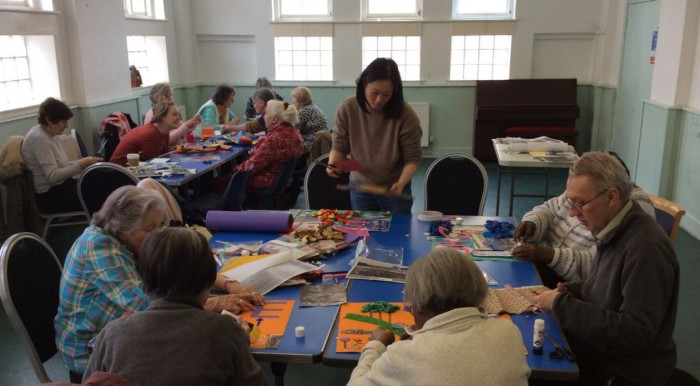 Participants making the collages and memory boxes with help from Ann, Michael and Emma

The participants were supplied with different types of material for making collages and memory boxes. The Battersea archivist donated a selection of 1960s and 1970s fabrics for the participants to use.

It was fun to do art activities that I hadn’t done for a long time. It got the brain going.

Lilian, one of the participants

Towards the end of the project the participants completed a larger collaborative piece based on four key places in Battersea chosen by the group: Battersea Power Station, Battersea Park, St Mary’s Church and Battersea Dogs and Cats Home. 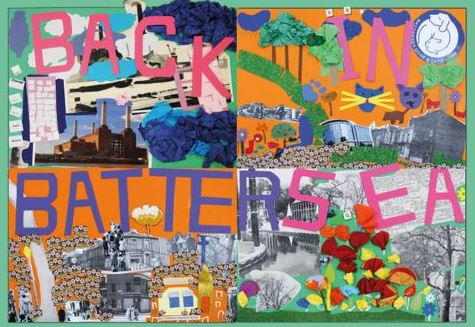 Collaborative collage made by the participants

During the recordings it was evident that childhood memories, early working life and living conditions were common themes for most participants. You can listen to an extract of an interview with Rita, one of the participants:

Growing up, most witnesses did not have an indoor toilet and would have to visit a communal wash house to do their laundry. The memories of the smells of industrial Battersea from factories such as Pryce’s candle factory and Morgan Crucibles were recalled vividly. It was clear that those who were interviewed had really enjoyed their recollections. 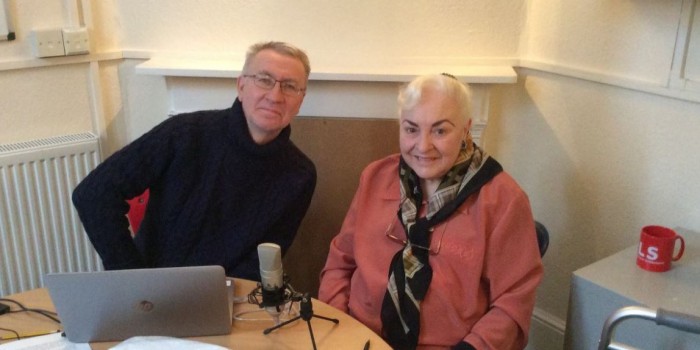 Michael Mahoney, who carried out the interviews with participants. Here he sits with Flo.

Reflecting on the project

Using archives in this way is a really effective and fun way to prompt memories through sharing, creative activities and the formal interview process (which can then become precious oral histories in their own right). It is truly remarkable how archives originally created as part of the work of central and local government can be very meaningful to individuals and communities. It goes to show that archives are not just for the select few already engaged, but can be for everyone. 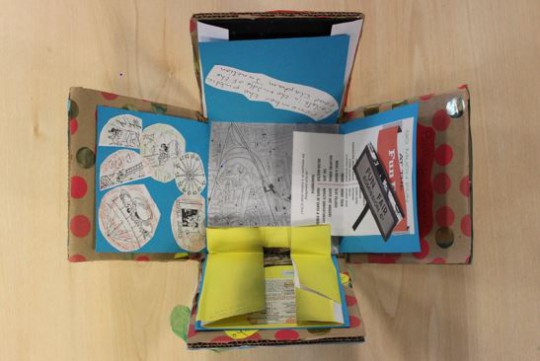 One of the memory boxes produced by the participants 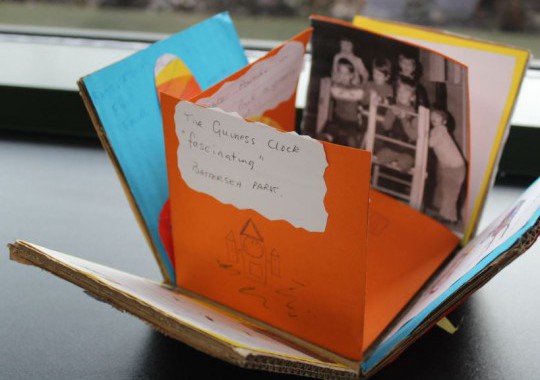 One of the memory boxes opened up

Thank you to all members of the Katherine Low’s Tuesday Club who took the time to share their memories and to collectively create the collages and memory boxes.

More information about arts and wellbeing

Read Creative Health: The Arts for Health and Wellbeing on the All Party Parliamentary Group website.

Come and see us as part of Wandsworth Heritage Festival. We have a drop in session on 3 June at Battersea Park Library (1pm-3pm). We will be showcasing the work of the Katherine Low’s Tuesday Club, as well as a facsimile archive selection of documents relating to Battersea. You can also get involved in creative activities inspired by a selection of documents.