This is my fifth and final blog post on Operation Remorse, the secret Second World War operation for the Special Operations Executive (SOE) that earned millions for Britain. Read the entire series.

As the Second World War passed into its final year, Operation Remorse showed no sign of limiting its activities in China. Their lucrative black market currency dealings in Chinese National Dollars (CND) expanded to include Indian Rupees and Indo-Chinese Piastres. They also traded and smuggled more goods than ever – apart from designer watches, pearls and diamonds smuggled in for bribing Chinese officials, Remorse also traded in medical drugs, indigo, and cigarette paper. They even bought silkworm eggs for the Kashmir silk industry, to make parachute silk (HS 1/135, 4 Apr. 1945).

With Remorse’s increasing reach and power came increasing worries for SOE. They found Remorse’s enthusiastic and volatile leader, Walter Fletcher, ‘hard to control’, and Remorse’s use of its (already illegal) financial operations for bribery was highly sensitive and fraught with political difficulties. SOE decided to promote Fletcher to ‘Fin.W’, responsible for ‘Special Financial and Economic Operations’. By doing this they were putting him on a shorter leash, gripped tightly by John Venner, SOE’s long-suffering head of Finance (HS 9/519/5, 17 Jan. 1945). Meanwhile, Remorse in the field was run by a board of four officers: Lionel Davis (Remorse’s field commander), Alexander Anderson and Bernard Purser (Remorse’s senior accountants), and Edward Wharton-Tigar (one of Remorse’s senior officers). 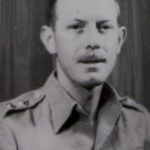 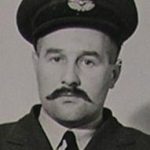 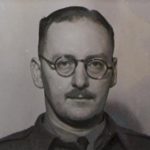 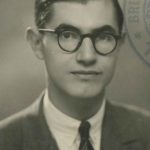 The reminder circulated stating that ‘Although Remorse is a department of SOE… its activities are confined to financial and commodity matters only’ (HS 1/292, 5 Mar. 1945). But Remorse strained at its leash in creative ways. As Fletcher wrote to Davis, ‘Trading ventures…will, in reality, be a smokescreen to transfer profits and bribes to those whom we take into partnership’ with the ultimate end of having ‘[Chinese] provincial authorities, both military and civil, on our side’ (HS 1/292, 16 Apr. 1945; 14 Mar. 1945). Fletcher also asked Davis to explore the possibility of expanding Remorse into Hong Kong, mentioning the potential for ‘Pro-British manifestations’ there. Remorse was becoming a pro-British fifth column operation.

Remorse didn’t only use its wealth and influence for political ends – it also had a more humane side. In April 1945, thousands of beleaguered French soldiers fought their way from Indo-China into the relative safety of China’s Yunnan province. They almost didn’t make it: America begrudged the French ammunition to fight over their colonial possession – until Churchill reminded Roosevelt that letting the men die, merely to satisfy anti-imperial dogma, would look bad in the eyes of posterity. 1 Even so, American efforts in caring for what were now refugees fell well short. The Chinese, beyond disarming the French soldiers, also did very little. To avert a humanitarian crisis, Remorse stepped in, initiating ‘Operation Waldorf’.

It was a daunting task – 5,500 men spread out over eight locations needed food, medical supplies, blankets and clothing. Fletcher jokingly dubbed the operation ‘Loaves and Fishes’. Lionel Davis assembled a handful of officers for his feeding of the five thousand, and Remorse spent literally billions of CND on purchasing and transporting 93 tons of supplies over six weeks. The British ambassador crowed, ‘a better job was done by Mr. Davis’s organisation than could have been achieved by the combined resources of the American and Chinese services of supply’ (HS 1/135, 24 Jul. 1945). The US Army’s Brigadier-General Olmsted expressed his ‘envy and amazement’ at the success of Operation Waldorf, and Davis received an OBE. 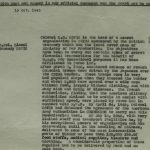 Citation for Lionel Davis’ award of the OBE for his work on Operation Waldorf. Catalogue reference: HS 9/403/6. 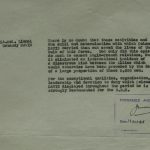 Citation for Lionel Davis’ award of the OBE for his work on Operation Waldorf. Catalogue Reference: HS 9/403/6.

Even so, Remorse being treated merely as a pot of cash to dip into at the last resort rankled with both Davis and Fletcher, who responded sharply when asked to assist the British Army Aid Group in May. Davis complained that ‘we cannot any longer go on in the role of always offering help and doing jobs and be in a subservient position’, and Fletcher insisted that ‘the time has come for a showdown’ (HS 1/292, 25 May 1945). But Fletcher was on thin ice. A worried memo had circulated in April, mentioning Fletcher’s ‘doings’ in Spain, anxious over ‘whether everything was above-board or not’. Although it gave no details, the memo insisted that ‘ugly stories will continue to be circulated as long as [Fletcher] remains’ (HS 9/519/5, 23 Apr. 1945).

The end of Remorse

The rapid course of events changed everything. Britain held a general election in July following the surrender of Nazi Germany. Fletcher stood for election and won a seat, becoming MP for Bury. 2 Japan surrendered after the atomic bombings of Hiroshima and Nagasaki, and this meant that plans for general demobilisation were quickly drawn up. A report came through in September: ‘Market in Kunming moribund with many bankruptcies imminent’ (HS 1/292, 10 Sep. 1945). Remorse’s days were numbered.

As Remorse ended, its officers expressed disappointment at the frustration of their ambitions. Davis and Anderson blamed the hesitancy of their handlers for ‘many lost opportunities’ in China: ‘Remorse was a true fifth column organisation. It had at its disposal all the means to buy the adherence and the active aid of important Chinese individuals…It could have harnessed the trading proclivities of all Chinese…’ (HS 1/292, 2 Jan. 1946). In October, John Venner told Fletcher that his employment with SOE was ending – as an MP and company chairman, he couldn’t keep up his more secretive pursuits. Fletcher didn’t see it that way, complaining that he had been ‘treated in a very unsatisfactory manner’ (HS 9/519/5, 18 Oct. 1945).

Before Remorse disbanded on 25 November 1945, there was time for one last trick. Davis, Anderson and Frank Shu took Remorse to Hong Kong to restore confidence in British banking. By using CND to buy Hong Kong Dollars and getting favourable news items into the press, the worth of a Hong Kong Dollar leapt from 80 to 140 CND in twelve days (HS 1/292, 9 Nov. 1945). Remorse’s material stock was progressively liquidated and its currency reserves were sold off.

By the end of it all, Remorse had made the Allies £77,741,758 – about £2.5 billion in today’s money – and helped SOE actually run an overall surplus. 3 Venner had the last word, paying tribute to Remorse’s success in a congratulatory telegram: