Resist: Black Power in the courtroom

In 1965 Britain passed the Race Relations Act, making it illegal to refuse service on the basis of race. To some, it looked like progress, while some anti-racist activists were critical.

With the help of archives, historians and records experts it is possible to uncover the real story behind what we think we know. This is what The National Archives is aiming to do with the second series of our podcast, On the Record at The National Archives, which is looking at the topic of protest. In episode one, we used the medieval records in our collection to uncover the real story of the Peasants’ Revolt of 1381. In episode two we took an in-depth look at two campaigns for the vote in the 19th and 20th centuries and the varying tactics of the Chartists and the Suffragettes. In the final episode of this mini-series we’re going to examine two stories of black people in 1960s and ’70s Britain using the legal system to fight racism and discrimination.

To coincide with the release of episode three I asked Matt Norman, my co-host for the series, to be on the other end of the interview for a change, to find out what he has taken away from all of the stories he has heard.

[Katie]: Matt, in episode three, two of our experts tell us the stories of two memorable cases heard by the Race Relations Board. Was there anything that struck you in these cases?

[Matt]: There were two things in particular that stayed with me after learning about the Lorne Horsford case. It always strikes me as interesting when very personal stories appear in our records. In fact there are hundreds of thousands of them throughout the archives but as our records are officially, and correctly, described as the records of central government you would not necessarily imagine that what we hold contains these very human narratives. When you become more familiar with the records you realise that, behind the veneer of official reports and correspondence, you often find very relatable snapshots of ordinary people’s lives. This is especially the case when records contain the voices of the people themselves, as with the Lorne Horsford case. Having the actual letters he sent to the Race Relations Board provides us with a sense of the man’s character, and as Sarah Castagnetti points out in my interview with her, how measured and calm he comes across as.

The second thing that struck me about his case was how little is known about it. This shouldn’t be surprising – this is a case among many others of a similar kind in our records and as far as I know it was not a story picked up by the press, so why should we have known about it?

That’s just the point though. It always captures my imagination to think of all the unknown stories waiting to be uncovered here, sitting in boxes for decades, maybe even centuries, just waiting for someone to happen across them and share them with the outside world. 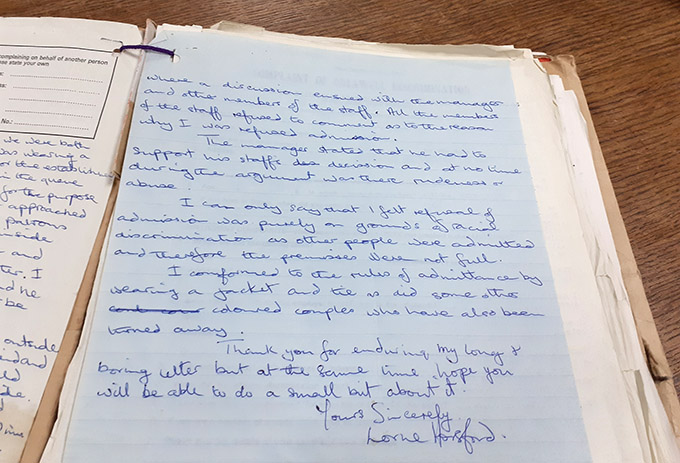 [Katie]: Across the series we have heard about six different ‘protests’; some by the masses and others, in the case of Lorne Horsford, a single citizen making a stand. They also span the centuries, from the 14th century to the 1990s. Is there anything which links them together?

[Matt]: I suppose the obvious link is simply that each of these protests came from a group or individual demanding rights that they perceived were rightfully, perhaps innately, theirs. It also seems to me to be the case that from our perspective today all of the demands seem justified. We may all have different takes on the various methods used and the lengths to which some of the protesters were prepared to go to achieve their goals, but they were all demanding rights which we would today take for granted. 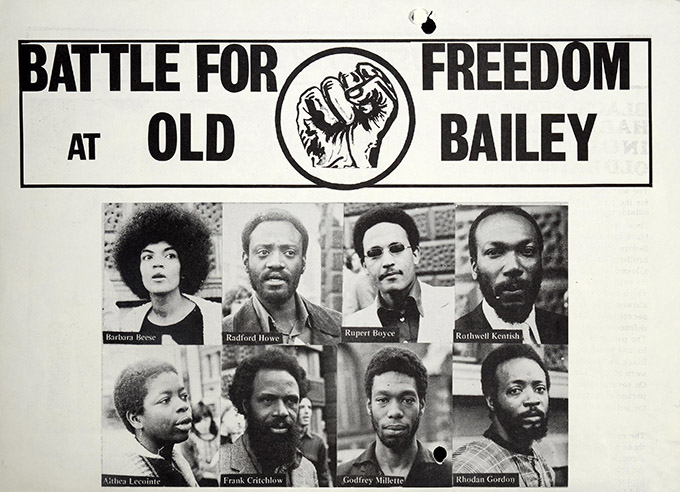 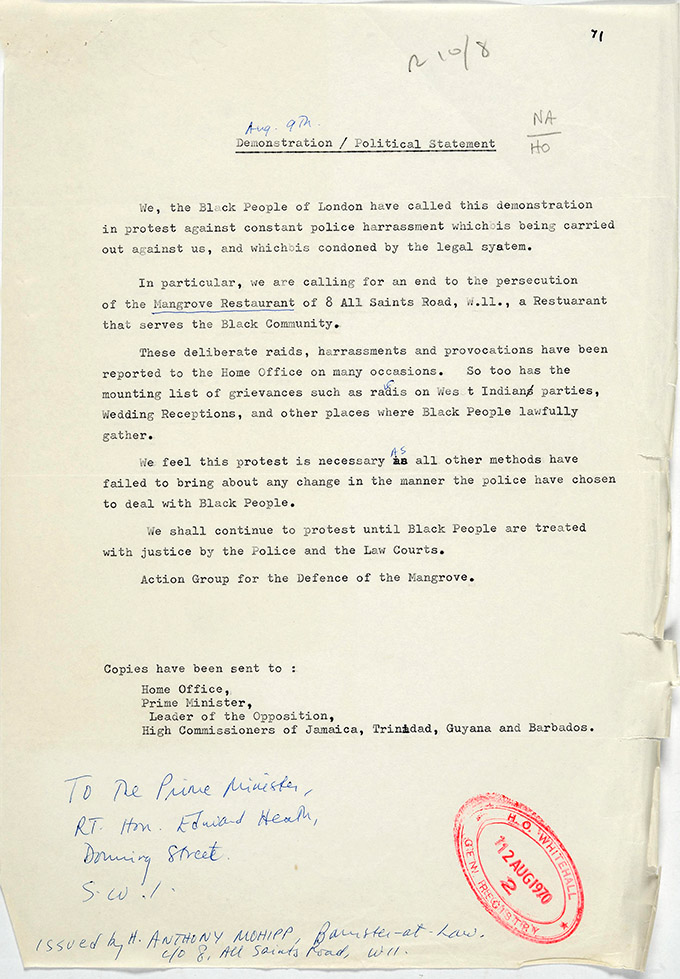 [Katie]: And finally, with over a thousand years of history held within our collection here at The National Archives it would be impossible to tell all of the protest stories within three podcast episodes. Are there any others you would have liked to cover?

[Matt]: We covered stories of protest from this country but there are countless insights into protests from around the world contained within our ‘overseas’ collections – Foreign Office and Colonial Office records, for example. With such a large and widely spread diplomatic service, and with its colonial history, the UK Government has generated records covering events from every corner of the globe. We have despatches from diplomats stationed in countries where revolutions took place and these can be absolutely fascinating documents. Our records of the protests and unrest in Cuba leading up to, and indeed following, the Cuban Revolution of 1959 have a particular interest for me but you could pick from so many other protest movements and revolutions from the 20th century alone: France in 1968, the Prague Spring, Egypt in 1952, the Civil Rights Movement in the US – the list is endless and the take on these events from a British diplomatic perspective is usually worth reading.

You can find out more about The Mangrove Nine and Lorne Horsford in some of our other blog posts.

All three episodes are now available on the Archives Media Player and on podcast listening apps. You can also catch up on series one which focused on espionage using personnel files, secret government reports and declassified correspondence to uncover the true stories of famous spies.