In a recent blog I explored the fantastic Shim Sham Club, a haven for black queer culture in 1930s London. However, just a few streets away was another prominent Soho members club. Billie’s Club, run by club proprietor Billie Joyce, was located on 6 Little Denmark Street (now Flitcroft Street) and opened in October 1935.

Criminal and prosecution files from this period provide a great insight into what Soho, and London’s queer scene, might have been like. They illustrate the risks involved, particularly for gay men, but also the escapism and fun that could be had. The files provide great details that evoke the atmosphere and music of the club, including photographs and plans of the interior. The numerous leaflets and booklets about the club and events hosted there create a picture of what it may have been like to attend. 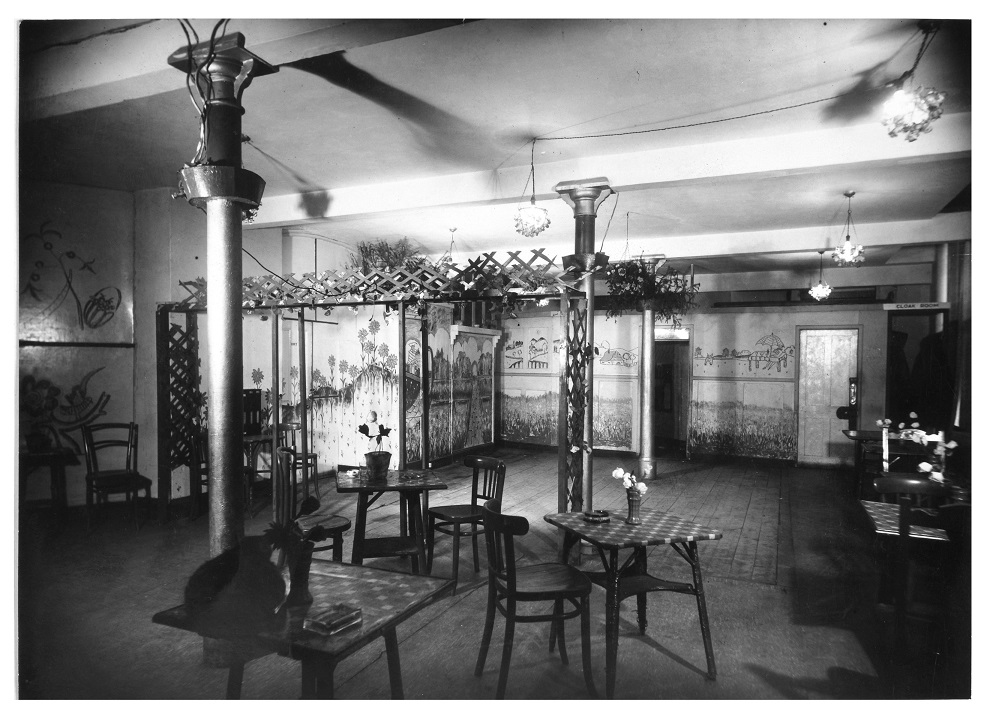 Billie’s Club actively attracted a queer audience, and the acts that appeared on stage reflected this, including openly queer music hall performers. The impressive club room consisted of a dance floor and grand piano, and was a more formal and less bohemian set up than at similar clubs such as the Caravan Club.

From May 1936 the property was under plain-clothed police surveillance. Observations intensified between 31 October to 14 November 1936, and return visitors to the venue were noted by undercover police.

On 5 November 1936 PC Kenneth Murray and PC George Miller entered Billie’s Club. Straight away both officers observed that nearly all the members there were male. Furthermore, Murray noted, ‘the majority of the males were of the nancy boy type and several had rouge and powder on their cheeks’ 2.

Not only were the individuals perceived to be wearing makeup but Miller noted that ‘their hair was waved or dyed’; one individual was highlighted as having pink nails. In this era police observations consistently related ‘effeminacy’ and stereotypically female gender expression as a sign of homosexuality. 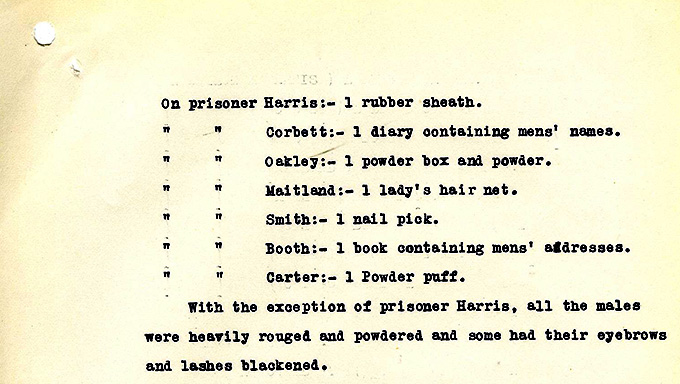 These items were found on individuals in Billie’s Club according to police reports. Catalogue ref: DPP 2/355

At 10 o’clock that night it was announced that queer musical hall artist Fred Barnes would sing some of his songs to the eager audience; he was particularly well-known for his signature song, ‘The Black Sheep of the Family’ 3. The following lyrics stand out from the song:

It’s a queer, queer world we live in,
And Dame Nature plays a funny game—
Some get all the sunshine,
Others get all the shame.

Police files collected various literature from performers of the era found in Billie’s Club, including the musical comedy actress Rosa Loader and performer George Barry, said to have ‘two voices in one’, which all hint at the other types of music that was heard here.

Throughout the evening’s performance the officers noted men disappearing into the toilets together. The dance floor was said to be full of couples pressed close together. PC Murray observed,

‘When I sat on one of the settees later, a male sitting there said to me: “Are you queer, dear?” I said: “What do you think?” He then said: “Are you coming home with me?” I made an excuse that I had to meet someone else. Sergeant Miller and I left at 11.15 pm.’ 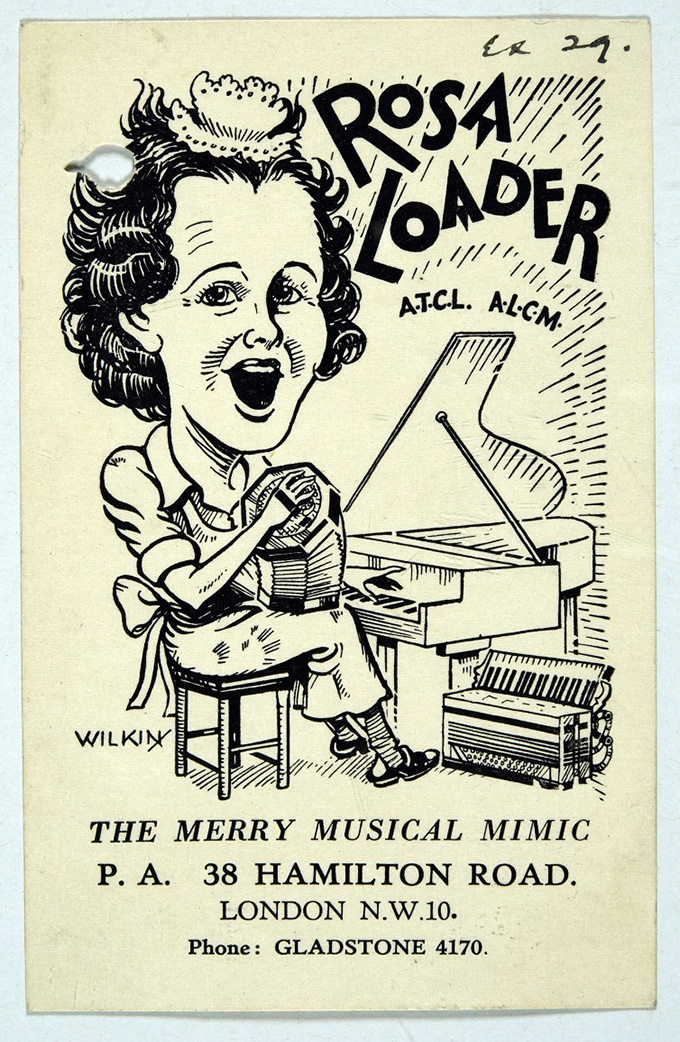 ‘They are not all bad’

On the 14 November police raided Billie’s Club. Newspapers reported that several people fainted during the raid. Billie Joyce claimed she had never noticed any improper behaviour. Donaldson read her the warrant and she responded by saying, ‘They are not all bad, it is my job to control them’. In nearly every instant the prisoners were noted to be powdered and rouged 4.

Later that night 37 individuals (two women and 35 men) were arrested and taken to Bow Street police station. Newspapers from the time noted the various professions of individuals, which included employees of the club, a soldier, a film artist, a music hall artist and a houseboy, and give an idea of the varied clientele and classes that the club attracted.

Those arrested during the raid were tried at the Central Criminal Court on Tuesday 12 January 1936. The principle charge was keeping a disorderly house, and aiding and abetting. Even those just in attendance at Billie’s Club were seen, in the eyes of the law, as assisting and supporting the venue. All were being treated as criminals for their choice to love freely and socialise in queer spaces.

Character testimony from family and employers

Uniquely, letters survive that provide character testimonies relating to some of the arrested individuals. Some come from relatives, most often fathers, while others provide references from employers. William Leggett, the owner of a gymnasium and employer of prisoner Hyatt, testifies to his work ethic, and closes the letter with the remarks ‘I trust you will be able to take the most lenient view possible of any breach of the law’.

Fitzgerald was another of those arrested. Police reports chart Fitzgerald’s experience of the club over multiple nights in 1936. Both Cogan and Fitzgerald ‘were both highly powdered and painted and their eyebrows were made up. Their dancing consisted of suggestive movements and was exaggerated more than was necessary. Cogan and Fitzgerald spoke in effeminate voices’. On another occasion,

‘A half-caste and Fitzgerald danced together alone about 9pm…They held each other very tightly at times. Their heads were well back when their stomachs were pressed together. After that dance, several people applauded it.’ 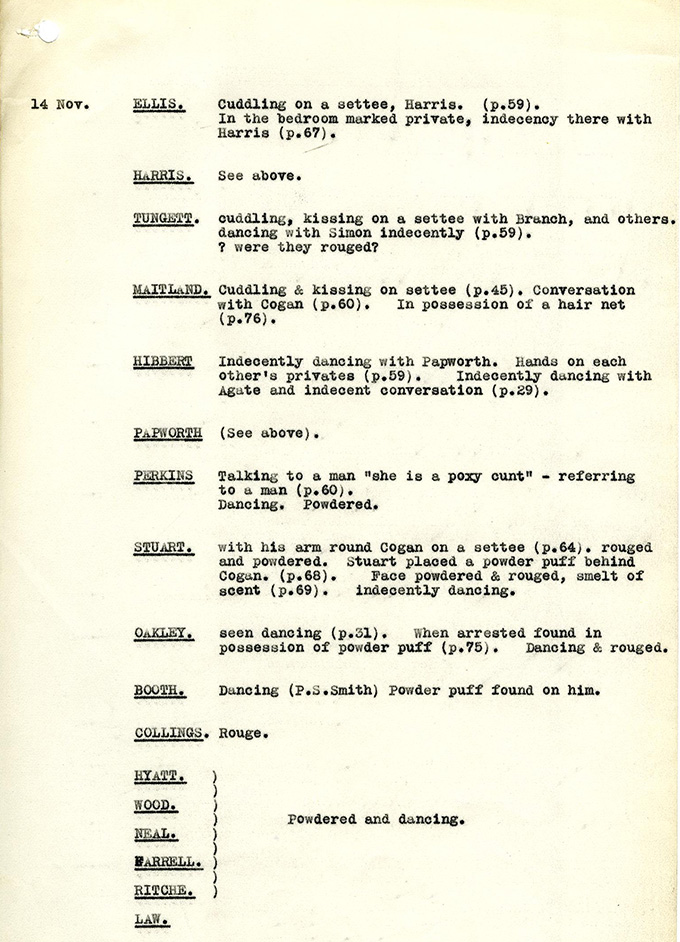 Notes regarding evidence against chief aiders and abettors from the raid on Billie’s Club. Catalogue ref: DPP 2/355

Part of the criminal proceedings surrounding the trial included a letter from Fitzgerald’s father that commented on the character of his 18-year-old son. Dated January 1937, this letter says that Fitzgerald has given his father ‘no trouble’ and that ‘London is not suitable for him’ 5. It is implied that it is the influence of London that is leading Fitzgerald astray, reinforcing the idea that London, and particularly Soho, were key to ideas of queer identity. A particularly moving line ends the letter – ‘I know he will obey my wishes leave London seek a post in the country’.

As well as the law, pressures of family and jobs continued to affect queer people’s lives. Frustratingly, we do not know the end of Fitzgerald’s story. Was he able to resist the pressure from his father and live his life freely?

Ultimately the trial lasted five days and received plenty of column inches in the national press. All pleaded not guilty. Initially 21 people were found guilty, and each individual was given a varied sentence. Proprietor Billie Joyce was charged with keeping a disorderly house and sentenced to 12 months.

The undercover policing of these spaces was controversial, and continued to be so up until the 1960s. The Home Secretary, Roy Jenkins, noted in January 1967, just prior to the change in law, that,

‘while he was sure that the officers carrying out this very unpleasant work did so with great integrity, it was undeniable that they were exposed to great temptations and might in very rare cases be led into behaving as agent provocateurs.’ 6

If there was to be a complaint he would not feel he could defend the practice of plain-clothed officers.

Policing methods often attracted press attention in this era, and in the 1960s the shift changed to uniformed police officers, with the recognition that the aim was to deter people from engaging in same-sex relations, rather than what was sometimes perceived in the press as entrapment.

It is ironic that without the policing of these venues it is likely we would know even less about these pioneering queer clubs. Or maybe they would never have been forced underground in the first place?

This blog is principally based on the following documents: