Since my last blog on the hunt for the mystery 1950s Aero Girls, a more complete picture of the sitters and artists has begun to emerge.  At the beginning of the search, I was not even sure if the Aero Girls, depicted in Rowntree’s post-war Aero chocolate adverts, were real women. Until now there has been scant information about the Aero Girls campaign paintings, and even fewer clues as to the identity of the female sitters.

We now know that many of these women were artists themselves in a male dominated art world. The stories behind the paintings lead us from the battlefields of the Second World War, through polite society in post-war London, to present-day celebrity, touching on art, social history, fashion, the changing role of women and even the Profumo Affair. 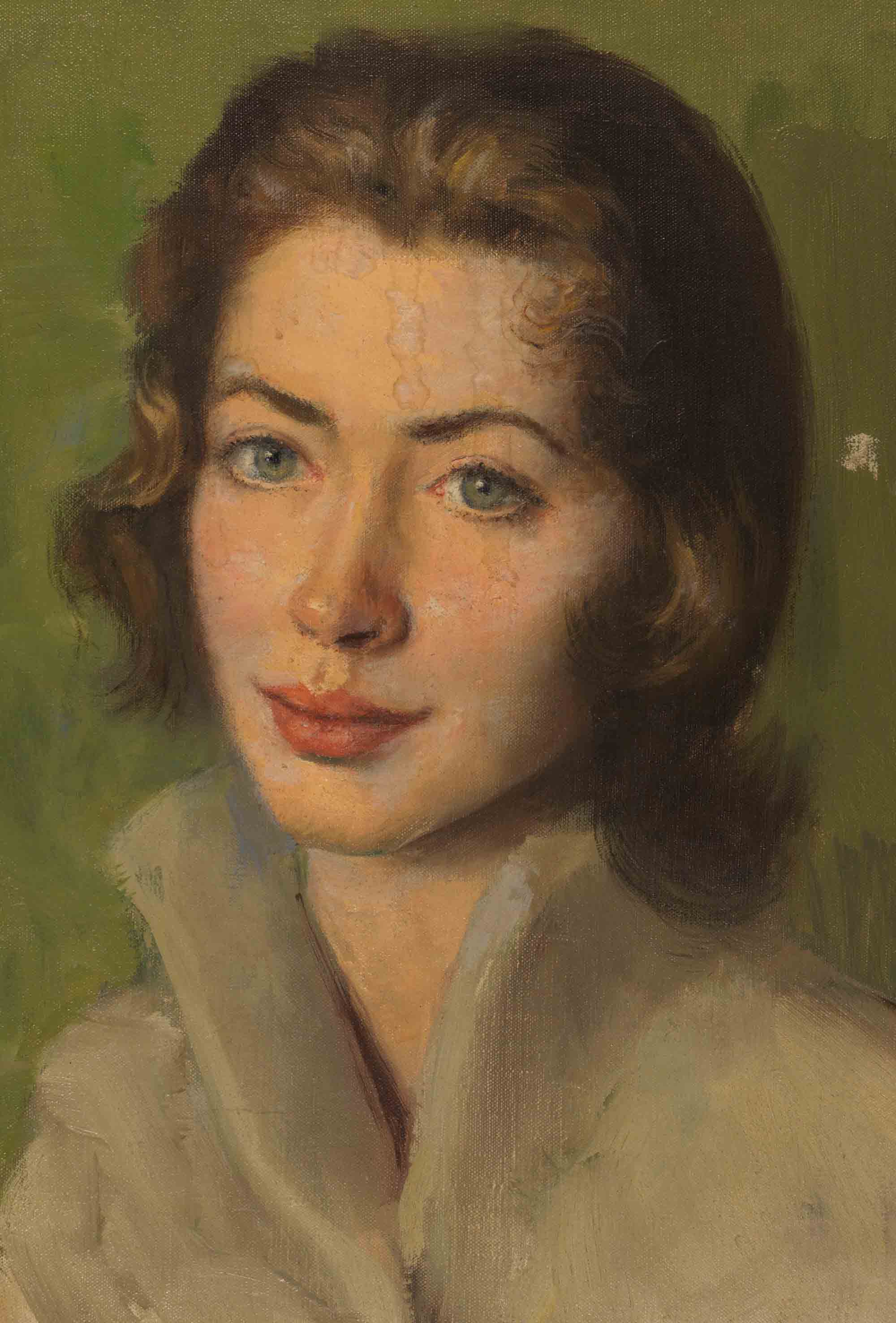 Recently, we identified artist Rose Wylie as one of the Aero Girls. Her portrait by artist Anthony Devas is one of at least twenty oil paintings of women commissioned to relaunch the Aero bar after the Second World War, as sugar rationing was finally coming to an end. 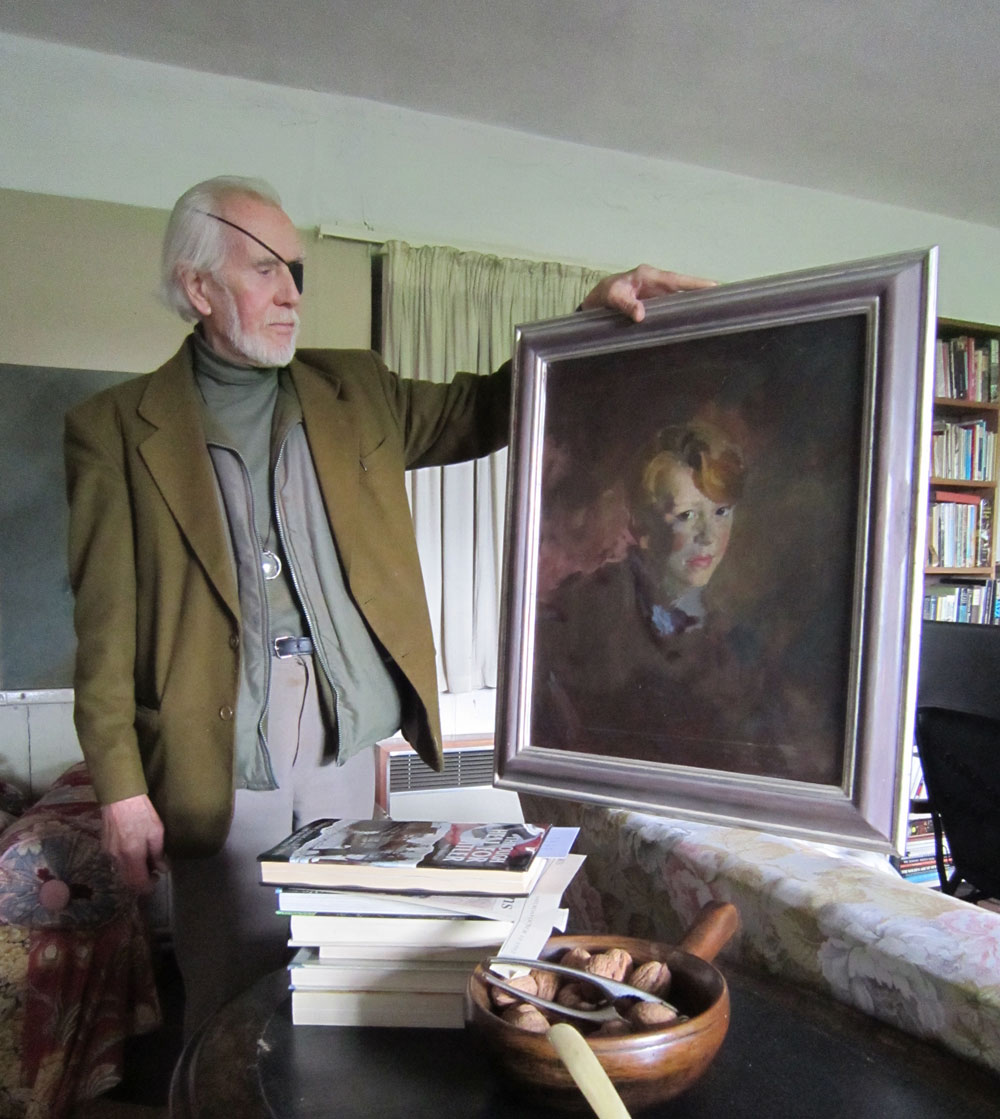 Wylie was just 21 years old, studying art in Folkestone and Dover when she was painted in 1955. She describes herself as being a “rebellious art student” at the time, adding that her look was “more Bridget Bardot than Mills & Boon cover.” It is apt that the painting is labelled, not with the true identity of the sitter, but with the fictitious advertiser’s title, Alice.

As a young woman, Wylie regularly modelled for the artist John Ward and it was whilst his friend Devas was staying with him, that she sat for this Aero commission. She knew that the portrait would appear in Rowntree’s Aero adverts and by the time she was at Goldsmiths College in 1956, it had already been published in the Daily Express, News of the World and People Illustrated. 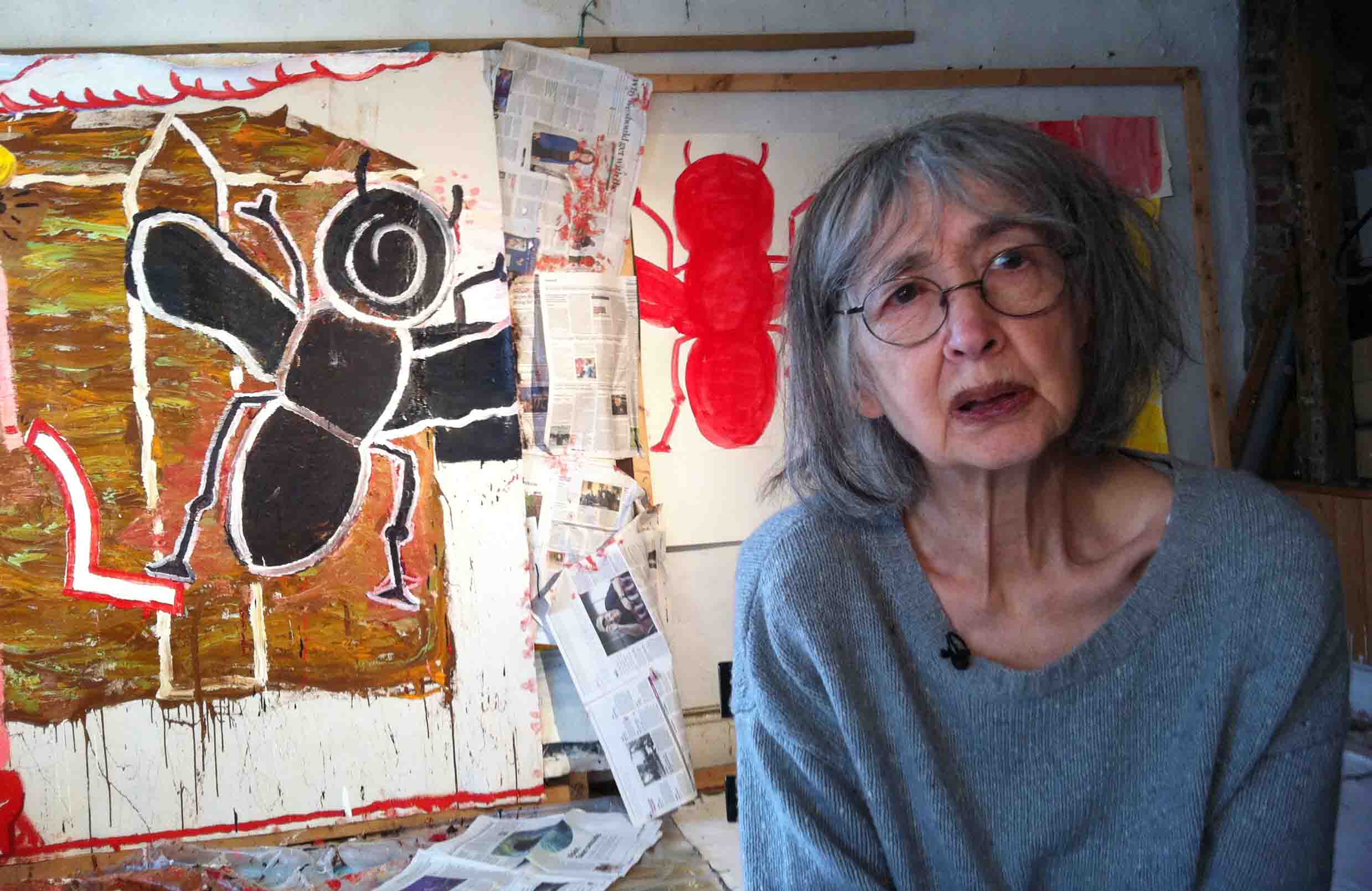 Artist Rose Wylie at her studio in Kent. By permission of Channel 4 News.

Over the last few years Wylie has finally gained recognition for her work with international solo shows in New York, Moscow, Berlin, Cologne, Amsterdam and last year’s exhibition at Tate Britain, London. Her paintings are an interesting counterpoint to the Aero portraits. Whilst she is far from being an ‘outsider artist’, she never allows the gestures in her own work to become too deft or elegant.  She will often erase parts of a painting, sticking canvas or paper scraps over these areas and starting again. “I’ve always liked children’s painting and untaught artists”, she says.  “They are doing something real for them.” 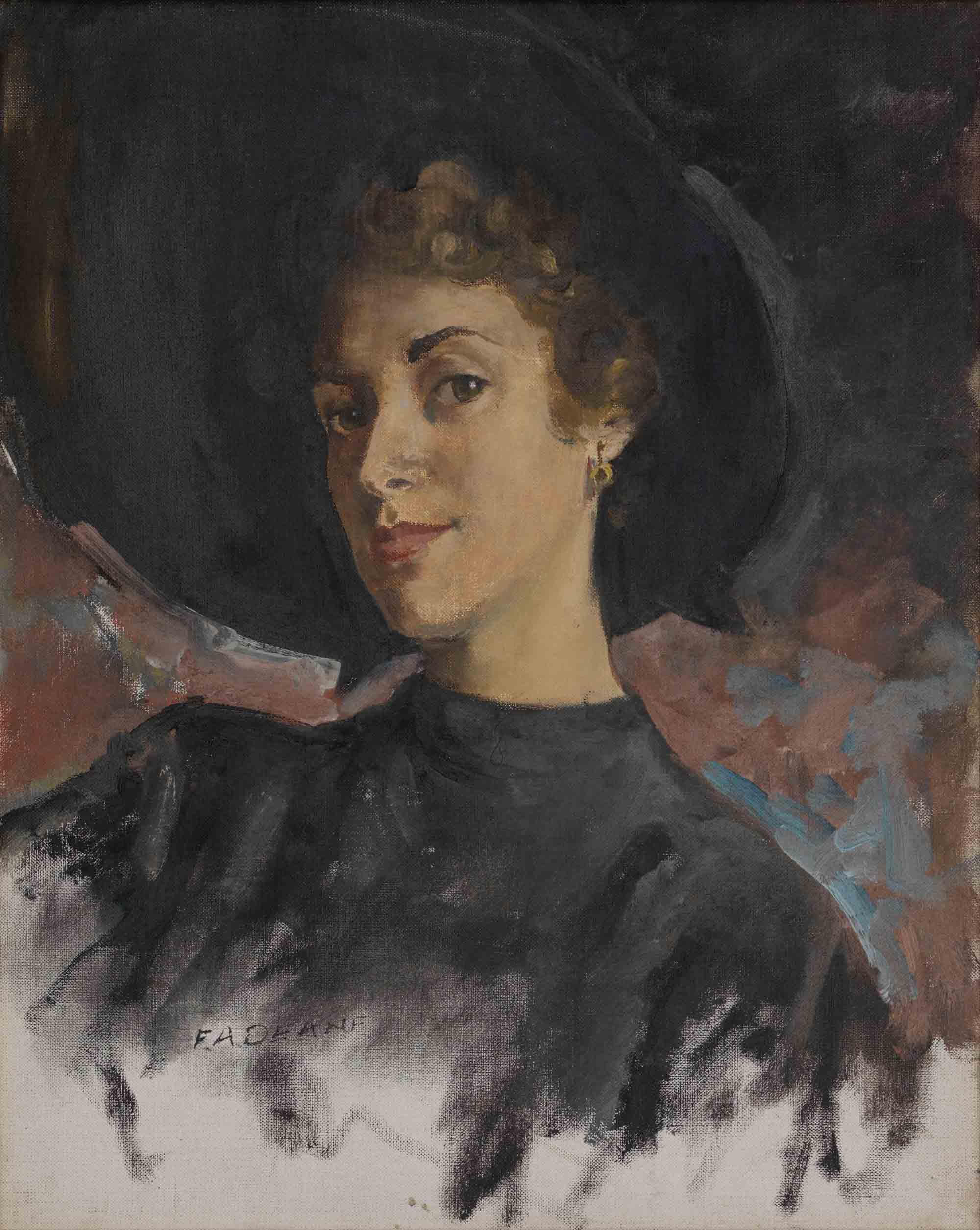 Nine of the sitters in the twenty Aero Girls portraits held at the Borthwick Institute for Archives have now been identified. The names of another six women who appeared in Aero Girls adverts have also come to light. We are continuing to piece together the stories and more will be published on the forthcoming website Who were the Aero Girls? in May 2014.

In the meantime, if you have any information on the Aero Girls, please contact me at: borthwick-institute@york.ac.uk or in the comments below.