Movember at the archives

Drawn from the records of the Central Office of Information and taken in Malaya in 1948 (Malaya was a former British protectorate which, after undergoing a number of structural changes, was united with North Borneo, Sarawak and Singapore in 1963 to become Malaysia), this portrait is as fine an example of an upper-lip coiffure as you are likely to see  (INF 10/211/19).  As those of you who have spent the best part of Movember cultivating your very own moustaches can testify, it is no mean feat. How did our portrait’s subject keep his growth in such immaculate condition I wonder? Some form of moustache protection perhaps?

Some people have gone to great lengths to create designs to help moustache wearers protect their ‘tache. This may look like a simple straw, but don’t let appearances fool you. Registered with the Board of Trade in 1867 Alfred Acculus’ Moustache Protector was created to safeguard the tech-savvy moustache wearer when ‘drinking coffee, wine and other liquids from contact with said liquids’ (BT 45/25/4834). His twin-tube design and complex operating instructions may be considered overcomplicated by today’s straw users but if an unsoiled ‘tache is your aim, then this is a solution worth considering. 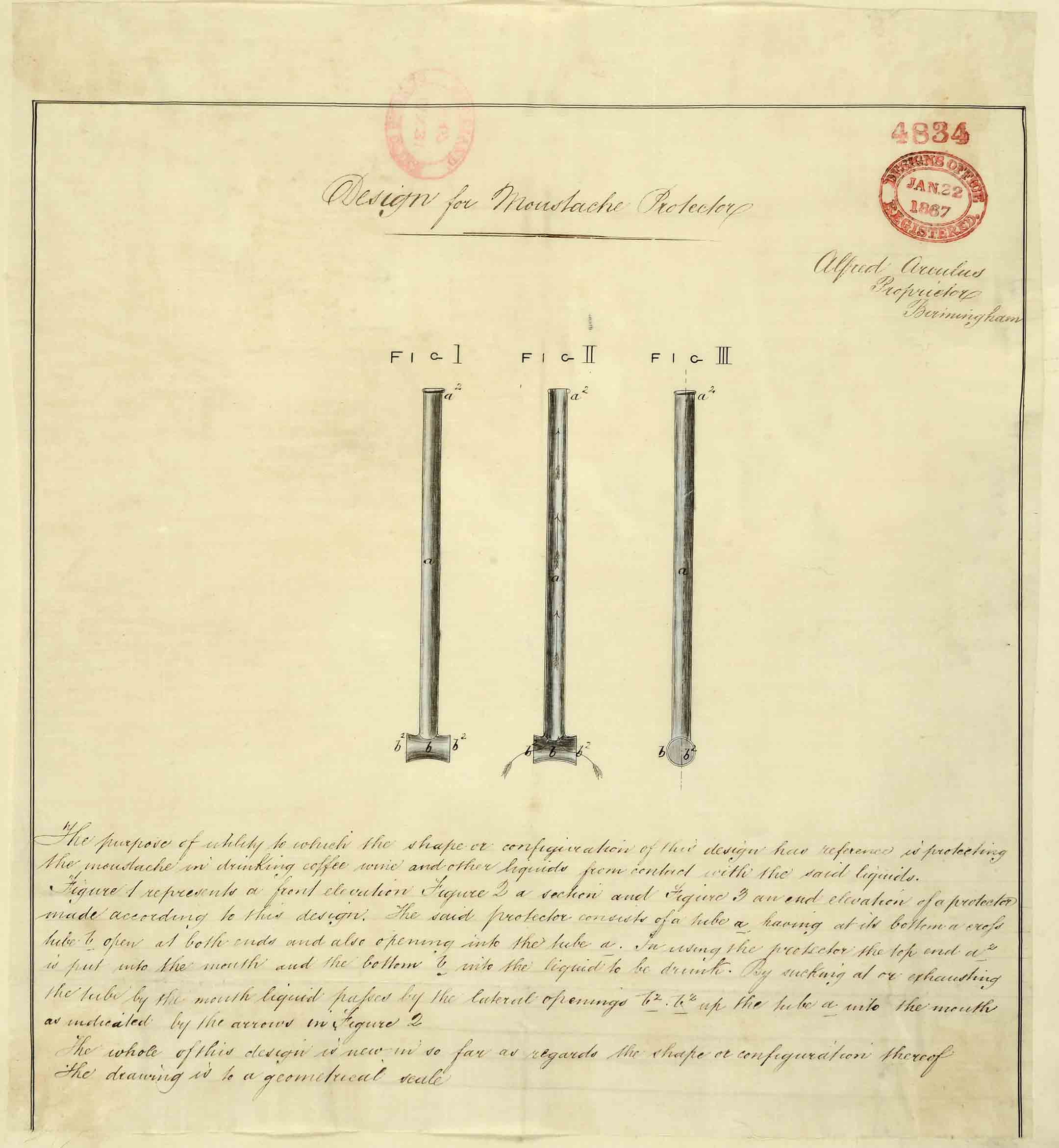 For the gourmands among you, how about a spoon moustache guard to place a much needed barrier between your cuisine and your whiskers (BT 47/1/1238). Or for multi-purpose cover, try this moustache guard, tooth guard and drinking can combined, registered by Josiah Redpath of Sheffield in 1882. The design, is both chic and functional, as I am sure you will agree (BT 43/52/386175). Discover more about designs registered under the Utility Designs Act and learn about the Board of Trade record series in which they can be found.

Movember may be drawing to a close, but we have many records relating to hair ranging from 1950’s celebrity hairdressers right through to hair-cutting as a punishment for political dissidence, which we will be exploring in upcoming blogposts. It’s clear that these unassuming little strands of protein may have more significance than might appear at first sight.