The materialities of digitisation

Recently, I have blogged about The National Archives’ collaboration with City, University of London, to visualise data from our collections in new ways, and with the University of Cambridge to enable complex analysis of large-scale datasets. In this third blogpost of the series, Professor Andrew Prescott and I will discuss how a two-day workshop in collaboration with the University of Glasgow tried to tackle the questions around the materiality of records and the process of digitisation.

When we imagine information, we often think of something digital and abstract – of intangible and evanescent flows of bits and bytes which we cannot hold or touch. We regard information as something like an electrical current that flows around us and that we can tap into, but cannot easily be seen or felt.

Archives are enormous repositories of information, but they have a powerful physical presence. The huge vellum rolls produced by the medieval state are beautifully crafted artefacts. The way in which letters are laid out and folded can convey important social and cultural messages. Modern file covers record who has seen and updated information in the file.

These material aspects of the archive have captured the imagination of many archivists and researchers. Sir Roger Ellis (assistant Keeper at the Public Record Office, appointed in 1934) described how, as a young man, it was the physical majesty of The National Archives which inspired him:

There they lay in their silent caves, great stalactites of history, some left complete, some truncated, as the imperceptible currents of life had turned to run elsewhere, some year by year still growing.

It may seem that by digitising our records we will undermine our sense of the physicality of the archive, but this is far from the case. Digital tools and methods enable us to investigate the material characteristics of the archive in greater depth than ever before. Moreover, born digital records pose their own issues of materiality: how do we recover data from outmoded floppy discs and hard drives? How important is it that we see old web pages in their original layouts?

These issues formed the focus of a two-day workshop on ‘Materialities of digitisation in the heritage and archive sectors’, held at The National Archives. We saw how digital tools are helping us record and explore the materiality of the archive.

Katy Mair and Melinda Haunton, experts at The National Archives, discussed practical and theoretical reflections on how archival practices as well as historical research and the reading room are evolving in the light of digital. Simon Popple and Tom Jackson of the University of Leeds demonstrated how 360° image capture enables us to get a new perspective on how archival and heritage materials are stored and displayed. Their 360° imaging of the old agricultural galleries at the Science Museum represents, in itself, a significant archive.

Digital imaging offers innovative perspectives on the physical character of archival and cultural heritage objects. Phillippa Hoskin of the University of Lincoln and Elizabeth New of Aberystwyth University are collaborating with forensic scientists to image the fingerprints and palm impressions left in the wax of medieval seals. This raises important questions about the circumstances under which documents were sealed and the ways in which seals were used in land transactions. 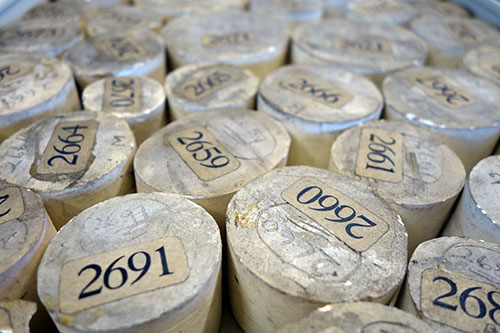 Plaster of Paris seal moulds, as they are currently stored – the aim is to rehouse them when digitisation is completed

Lotte Fikkers of Leiden University and David Mills of Queen Mary University of London are using micro CT scanning to image the contents of unopened 17th century letters in a non-invasive fashion, avoiding the potential damage and loss of evidence that opening the letters might cause.

The workshop also explored the research being undertaken by The National Archives itself. In our Collection Care department, x-ray fluorescence is being used to identify the chemical composition of objects, in particular to establish where arsenic has been used in Victorian printing. A 3D printer provided by the Friends of The National Archives has been used to reproduce objects in the collections, and will provide custom-built cases for fragile objects such as seals. 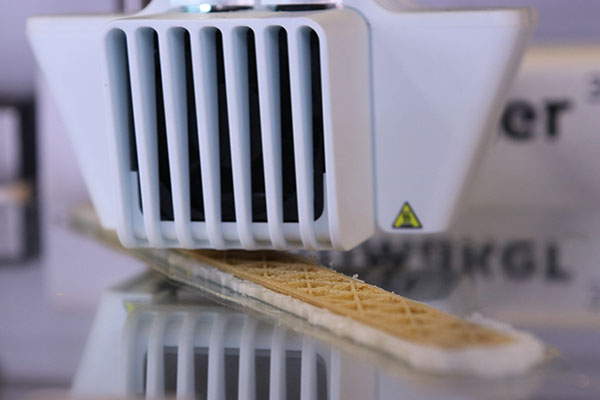 The work of the Collection Care department illustrates the strong cross-over between heritage science and digital humanities. Digitisation is too often seen as a once-for-all procedure, akin to colour microfilming. The presentations at the workshop showed how digitisation should rather be conceived as a continuous process of exploring and investigating the material properties of archival documents, akin to the way an archaeological object is continually explored as new technological aids become available.

This emphasis on materiality will be no less important as we become increasingly concerned with born digital records, as a series of hands-on activities organised by curators from The National Archives demonstrated. Already, archives are having to confront the problems of retrieving data from carrier bags full of obsolete storage devices. Such forensic recovery work is likely to be a significant preoccupation of archivists in the future.

The National Archives is leading the way in trying to preserve government emails and websites, but this activity poses many novel and demanding challenges. We are increasingly used to receiving highly formatted emails containing images, etc. How important is it for future researchers that these physical details of the appearance of emails is preserved? Likewise, in preserving web pages, is it the data or the appearance that is more important? What do we lose if we cannot give an impression of how a web page looked?

Exploring these questions was the ambition of the two-day workshop. But, it is inevitable that a workshop in a cutting edge area of research such as this will pose more questions than answers. Materiality – whether in the form of storage, access or the documents itself – is central to the way we conceive the archive, and the presentations and discussion at The National Archives workshop illustrated how this will continue to be a central theme in a digital world.

This research interest forms part of a series of Digital Experimentation workshops organised by the Research team at The National Archives throughout the 2017-18 academic year, in collaboration with different universities.

This blogpost was co-authored by Professor Andrew Prescott, University of Glasgow, and Dr Eirini Goudarouli, Digital and Technology Research Lead at The National Archives.