As early as the 17th century, St Helena’s position in the South Atlantic made it important to shipping between Western Europe and the east – a useful place where ships could take on water and supplies. Its cliffs and volcanic outcrops must have presented a fairly bleak view to sailors approaching after a long voyage.

The East India Company controlled the island from the 1650s through to 1815 (with brief Dutch interludes), when Napoleon was exiled to the island and the British government temporarily took direct control.

This period predates widespread photography and the earliest images of St Helena in the Colonial Office collection, now available to view on Flickr, are published prints of engravings taken from art works produced by naval and army officers, who were sometimes skilled draftsmen. Before photography, printed engravings of drawings and sketches were an important means of disseminating images of colonial lands and people to a home audience. They frequently included elements of the exotic, playing to a taste for colourful and romanticised images of foreign climes.

William Innes Pocock, a lieutenant of the Royal Navy, visited St Helena in 1810, after his ship was damaged in a storm off the Cape of Good Hope. He used his artistic skills to produce a series of drawings of St Helena, which were published in 1815 as ‘Views of St Helena’. A fine panorama of the island (see above), which had suffered considerable environmental damage in the course of the 17th and 18th centuries, shows its rugged and rather bleak aspect. 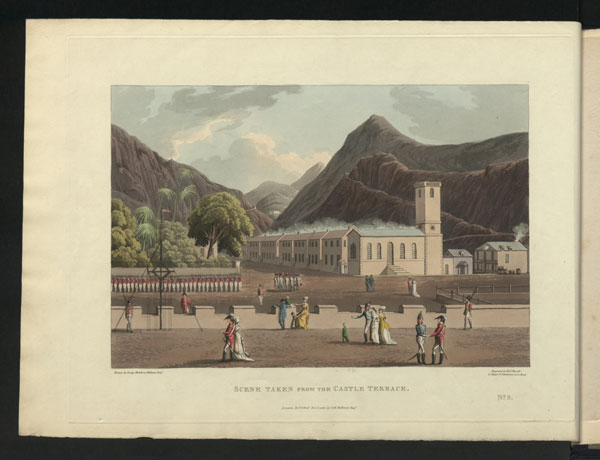 Similarly talented as a landscape artist was the army officer George Hutchins Bellasis, who spent eight months of illness and convalescence on St Helena in 1804. In this drawing (see left) Bellasis displays an ordered landscape in his portrayal of the buildings in Jamestown, which are rendered in a classical style. The soldiers stand in ordered rows, while the geometric lines of the flagstaff also speak of classical order. In contast, the mountains in the background display a wilderness and indicate a more romantic imagination. Such juxtapositions are common in these collections of colonial scenes, portraying what was perceived as the civilising effect of colonialism and the ordering of the wilderness. 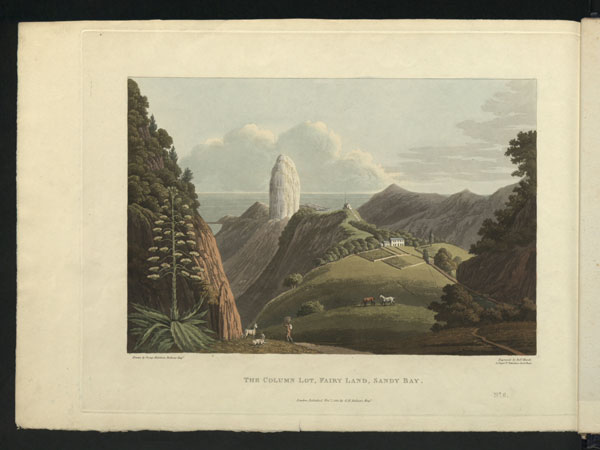 The influence of romanticism also seems evident in a further landscape which shows the volcanic formation of Lot’s Column (see right). Both Innes Pocock and Ballasis completed their drawings some years before 1815, and their publication then was a consequence of public interest in the island following news of Napoleon’s exile.

A rather different approach was adopted by Robert Seale, an employee of the East India Company, which had resumed control of the island in 1821, before it became a crown colony in 1834. Imperial expansion was underpinned by knowledge of lands and peoples colonised and the science of geology contributed to this. 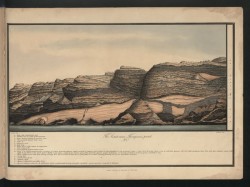 Seale appears to have been a scientific geologist, and in a set of engravings published in 1834 he provides a scholarly essay on the geology of St Helena, as well as drawings detailing its relief and geological structures. These include annotated, schematic illustrations of geological strata .

There are also striking drawings of the huge trachyte columns (the Asses Ears, Lot and Lot’s Wife), which are the erosion resistant remains of old volcanoes. 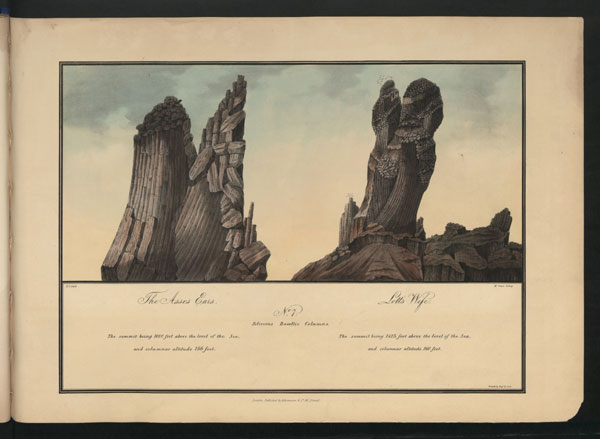 There is certainly a strong contrast with the accurate, but relatively uninformative photographs of more recent times. It’s interesting to reflect on the wealth of detail and information provided by the old ‘technology’. 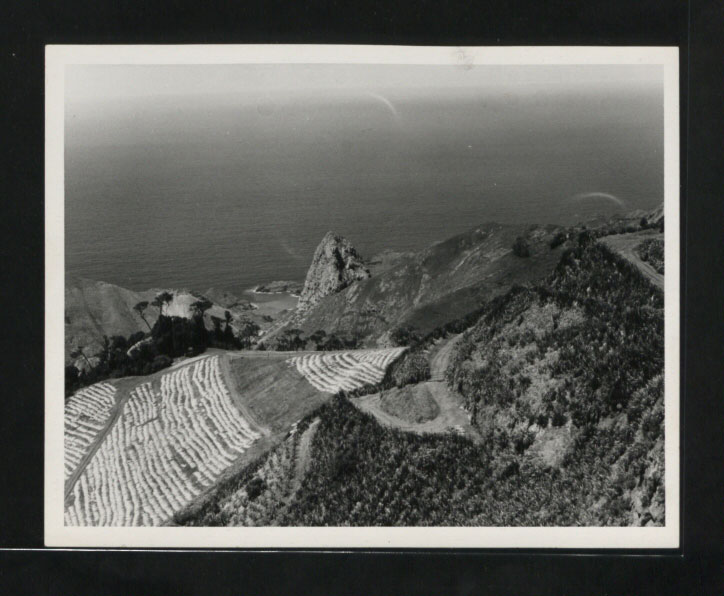