A very happy Waitangi Day to all New Zealanders everywhere.

To coincide with Waitangi Day, The National Archives has digitised a series of photo albums from the Colonial Office Library, in Australasia Through a Lens. The images, released on Flickr, include 211 images of New Zealand and New Zealanders. Among these are a signed photo of the All Blacks touring team of 1953-1954, scenic photographs published by Burton Bros, and scans of lithographs from the publication ‘The New Zealanders Illustrated’ by George French Angas.

The National Archives also holds three transcriptions of the Treaty of Waitangi, including the one depicted below, but I don’t want to focus this blog post on the treaty itself. The official copy of the treaty is held in The National Archives of New Zealand in Wellington, and there are plenty of people who can discuss it with far more authority than me. 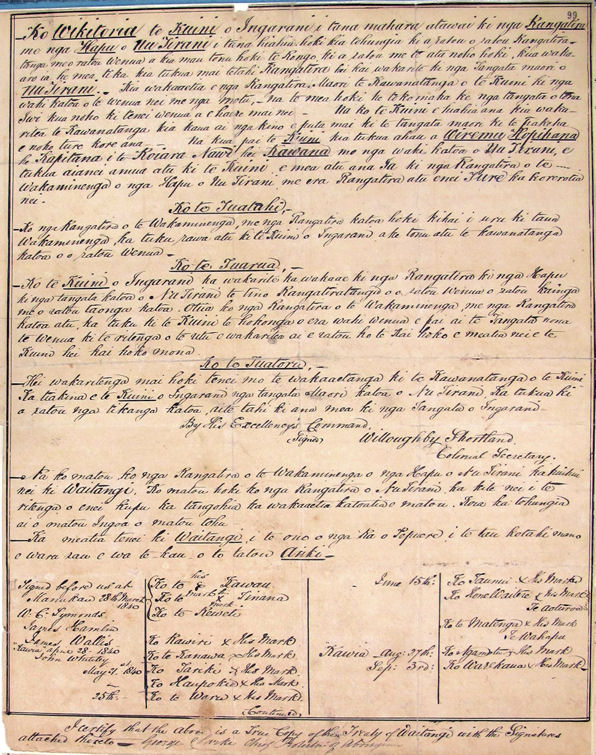 Treaty of Waitangi, 6 February 1840: copy of the text of the treaty, in Maori, with the names of some of the signatories. Certified, in English, as a true copy by George Clarke, Chief Collector of Aborigines. Reference MFQ 1/402/1

When I was looking through our documents, I was particularly moved by the correspondence of Lord Bledisloe. Charles Bathurst, 1st Viscount Bledisloe, was Governor-General of New Zealand from 1930 to 1935. Born in London and educated at Eton and Oxford, Charles Bathurst was every inch the model of the wise and benign colonial governor that the British authorities would have liked to appoint, but didn’t always succeed. Liked and respected in equal measure, Viscount Bledisloe was around at a time of severe economic crisis that was reflected across the colonies. Independently wealthy, he volunteered to take a considerable reduction in his salary, hoping that this would encourage other well-off citizens to make a similar sacrifice and thereby help to lessen the impact upon the classes and bring them closer into line.

He and his wife also, more importantly for this day, purchased on behalf of the Nation the dilapidated British Residency at Waitangi, in which the treaty itself had been drafted and outside of which it was signed. Viscount Bledisloe understood that purchasing the old Residency and renovating it and creating a national monument would foster a greater sense of nationhood and togetherness, but with typical modesty and self-effacement he seemed taken aback and slightly uncomfortable with the enthusiasm and publicity that this generous gift engendered. The following extracts from his secret quarterly report to the Dominions Office and from his correspondence with James Henry Thomas, Secretary of State for Dominion Affairs, help to underline the nature of the man and the importance of his actions on this, New Zealand’s national day.

When I wrote my last Quarterly Despatch to you, I mentioned our visit in February to the bay of islands. While there my wife and I inspected the old British residency at Waitangi and the site in front of it where was signed on the 6th February, 1840, the famous treaty which made New Zealand for the first time a part for the British Empire and which reconciled the conflicting interests of the European and Native inhabitants. The place is recognised as the cradle of New Zealand history and the Treaty as the Magna Charta of the Maori Race. We found the property in a seriously dilapidated condition, the object of considerable speculative activity, and subject, in the hands of an impoverished and neglectful owner, to mortgage charges far exceeding its present value. My wife and I then and there decided (if we could come to terms with the mortgagees) to purchase the property and present it to the nation as an historic monument, and this we have since done. I venture to enclose with this letter a newspaper cutting which, besides containing the public intimation of our gift, indicates the suggested mode of improving, utilising and administering the property in the future. The original treaty of Waitangi was found in the basement of Government buildings, Wellington, in 1908, partially eaten away by rats. Of this I send herewith a photograph which I took three weeks ago and another facsimile of it which fortunately was made by the authority of the New Zealand Government in 1877 and is now in my possession. As most of the Maori Chiefs ninety-two years ago were illiterate, they signified their approval of the Treaty by drawing their Moko (or face tattoo pattern) upon it, their names being written on either side by a European witness, generally one of the British Missionaries. Our gift has aroused considerable enthusiasm throughout the Dominion among both British and Maori inhabitants. If it has no other merit it will, it is to be hoped, develop a greater sense of nationhood and national solidarity as well as of respect for old historic sites and associations.

I have the honour to be, Sir, Your most obedient, humble servant, 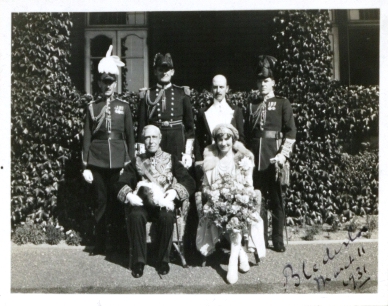 Governor and Lady Bledisloe and staff at Government House, Wellington

Before leaving for Ottawa, I must thank you for your most interesting despatch of 28th May submitting your Secret Quarterly Report and for your personal letter of the 2nd June regarding the presentation to the people of New Zealand by Lady Bledisloe and yourself of the old British Residency at Waitangi. I must thank you for the very interesting photographs. I was very glad to hear how enthusiastically your generous action was received by both Europeans and Natives in New Zealand. Your gift must have been the more appreciated in that it was made at a time of considerable financial depression. You have no doubt by now seen the very appreciative reference to your gift in the English press.

My I take this opportunity also of expressing my very high appreciation of your action in once more setting an example to the people of New Zealand in the present depression by submitting to a further heavy reduction in your salary?

Thanks for your very kind letter of the 12th July written on the eve of your departure for Ottawa. It is good of you to speak so generously of our gift to the nation of the historic Waitangi Estate and of the voluntary waiving of a not unsubstantial part of my official emoluments. The gesture has been more than justified by the enormous enthusiasm which it has evoked (particularly among the delightful Maori people) and the sense of nationhood which it has aroused and which badly needed arousing. The latter was really in our opinion incredible in view of the appalling poverty to which the present economic stress here has reduced even normally well-to-do people, not to mention the workless “working classes”. It has had, incidentally, the result of a greater spirit of patriotic sacrifice among those who are really well off and bringing thereby all classes more into harmony… 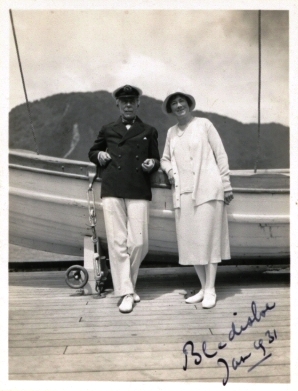