Home > Blog > From Cardiff to the Caribbean: The 1919 Race Riots

From Cardiff to the Caribbean: The 1919 Race Riots

Led by the Outreach Team at The National Archives and several years in the making, the 1919 Race Riots Project is helping to mark the 100th anniversary with displays in Liverpool and Cardiff – the two cities most impacted by the rioting. The riots were the first time that many people became aware of the presence of a black and minority ethnic population living in the UK.

1919 and the international perspective

One of the most significant aspects of the riots was how they were viewed by overseas territories, and the unsettling impact they had on the existing global order. At the Colonial Office, Gilbert Grindle, Assistant Under-Secretary, described the changing world order in this hand-written note 1: 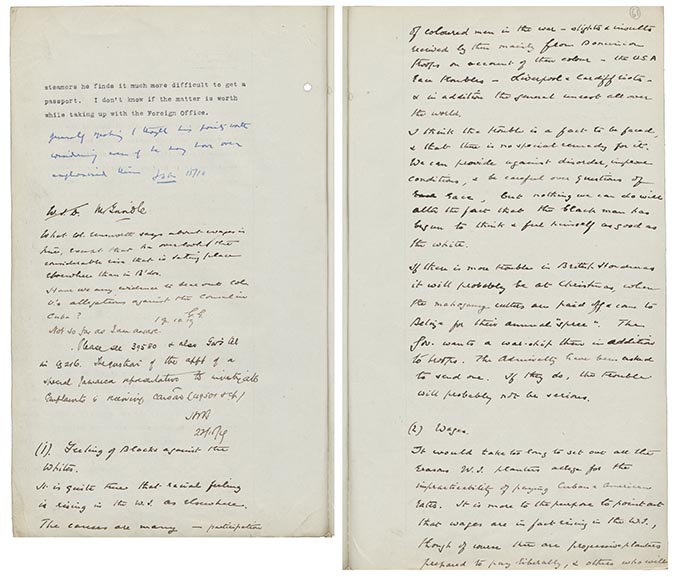 ‘From Cardiff to the Caribbean’ at Glamorgan Archives

A new display that has opened recently at Glamorgan Archives, ‘From Cardiff to the Caribbean’, takes up the theme of a changing world order to offer audiences something about the riots that may not be obvious at first sight.

The display in four parts opens with news of ‘exaggerated reports’ the Colonial Office receives about a story of the corpse of a ‘coloured’ man being attacked in Cardiff and concerns at the repercussions back in the Caribbean.

One of the panels from the ‘From Cardiff to the Caribbean’ exhibition, in both Welsh and English

The display goes on to trace the roots of the riot in inflammatory reports about mixed-race couples, and resentment among white merchant sailors at the employment of colonial migrant labour and rising unemployment – catalysts for the rioting in June 1919. 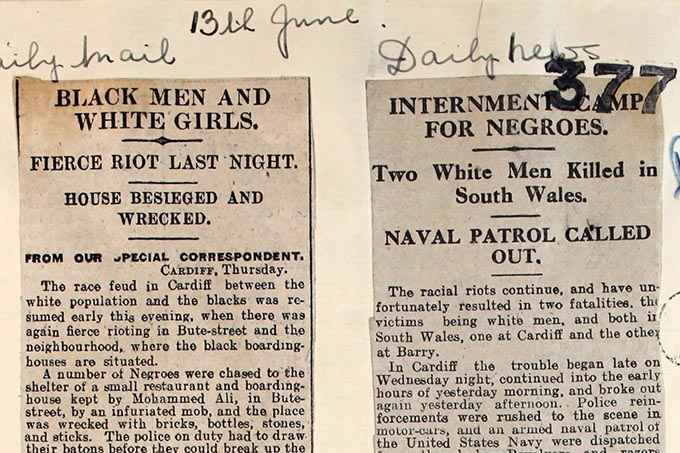 The display picks up the Home Office’s response to the rioting that included the repatriation of black and minority ethnic workers, eventually agreeing to pay them a fee which included a voyage allowance.

One case that is highlighted in the display is that of James Gillespie, whose letter to the Prime Minister, Lloyd George, we hold in our collection at The National Archives. Gillespie, a black British seaman from Jamaica, is a victim of the rioting; he loses his fish and chip shop and requests assistance to take his family (including his white wife) back to the Caribbean.

His story provides a fascinating insight into the riots and their wider significance, and formed the basis of a workshop for schools led by Kathryn Collins, Education Officer at The National Archives, held on Monday 15 July at Glamorgan Archives.

Fifteen young people from Fitzalan High School visited Glamorgan Archives to discover what they could learn about the life of ‘one of Britain’s sons’ (CO 318-350 f. 400). 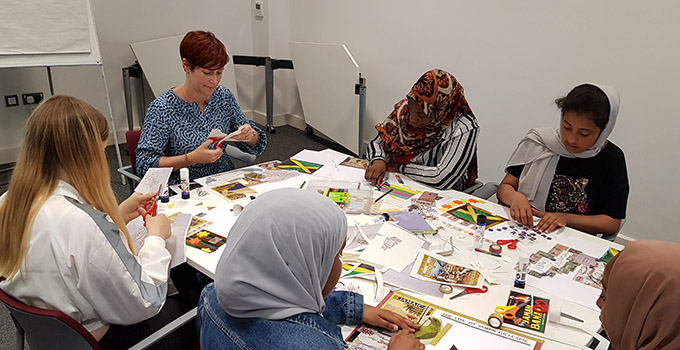 Using the powerful letter written by James Gillespie to David Lloyd George as a starting point, the students worked in groups to unpick the language used and discover details about his life. Where did Gillespie live? What jobs did he have? Where was he born? What family did he have? What happened to him on 12 June 1919, and what did he decide to do in the aftermath?

Once the answers were discovered even more questions were raised! The students then followed up some of their own questions by looking at one more document from a range of others held by The National Archives. They finished their day by creating ‘zines reflecting aspects of James Gillespie’s life that they felt were significant, picking out words and phrases and creating bright, colourful collages to represent their ideas.

Collection of ‘zines created by the students from Fitzalan High School, using James Gillespie’s life story as their inspiration

The 1919 Race Riots project is part of a new programme of regional working led by The National Archives which aims to work with regional archives, community organisations and schools. As part of the outreach programme supporting the display in Cardiff, we have also talked to representatives of local organisations about next steps. They have indicated their interest in the following:

We look forward to expanding our regional outreach plans in the coming months and years, building on the work of the 1919 project and the feedback we receive from regional audiences.