Raising awareness of the 1919 ‘Race Riots’ in Liverpool

The 1919 race riots were the first time many in Britain became aware of the presence of a black population living in the UK, even including those who had lived and worked here for many years and had served Britain during the war.

With the centenary of the riots in Liverpool approaching, the Outreach Team at The National Archives, Writing on the Wall (WoW), a creative arts organisation based in Toxteth, Liverpool, and Liverpool Record Office got together to curate an exhibition of both local and national documents. The exhibition was launched on 2 May 2019 and attended by numerous local dignitaries including Liverpool’s Lord Mayor, Councillor Christine Banks, and Councillor Anna Rothery, lead for Equalities in Liverpool City Council.

The exhibition consists of local letters and documents, from black merchant seamen appealing to authority concerning their plight in the aftermath of the dislocation of war and the subsequent riots of June 1919. The men write of their hardship, many of them being made unemployed through an economic downturn but also local trade union and employer pressure to throw them out of work.

The National Archives contributed correspondence from Home Office, Colonial Office and Ministry of Labour officials who, following local advice, constituted a harsh repatriation scheme. One example is a letter from Liverpool’s Lord Mayor, John Richie, to the Colonial Office before the riots. Richie proposed a £5 payment to aid repatriation of ‘the black labour in our midst’ (HO 45/11017/377969). The reply, written internally by a Colonial Office official, stated: ‘I think that the Lord Mayor should be given a hint that if Liverpool wants to get rid of men on those terms, it is up to that city to find the £5’ (CO323/819). 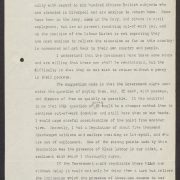 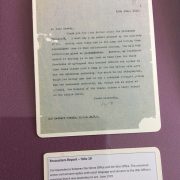 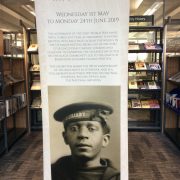 In reality, colonial sailors who lived in Britain did so alongside members of longer established and more settled black communities, some of whom had been residents of Liverpool for many years and  had married local white women. The National Archives’ documents illustrate the rising tensions, both in Britain and across the colonies, as leading politicians and civil servants wrestled with the numerous issues the riots created. Not least of these was the pressure to repatriate British subjects to their ‘home’ territory. The exhibition, and its visibility online, allows people to interpret the documents themselves.

1919 was one of the most febrile and violent years of the 20th century, and in Britain’s port cities like Liverpool and Cardiff riots and disturbances occurred as returning soldiers and locals turned upon the country’s black population, which had increased in size considerably during the war years. Five people were killed during the riots, hundreds were injured and around 250 arrested. Liverpool’s black population stood at around 5,000 and was unusually diverse, consisting of men from across the West Indies as well as a number from West Africa – a reflection of the city’s role in shipping and the palm-oil trade.

The local documents, part of the Lord Mayor’s correspondence, were initially presented to WoW by community historian and activist Jo Farrag. Jo had read about the ‘Red Summer’ of 1919 in the USA and the turbulence of that year. Jo recognised the significance of this find and, with the help of Madeline Heneghan, Director of WoW, a Heritage Lottery Fund bid was put together to archive and preserve the documents. A team of volunteers was formed, later called the Great War to Race Riots Archive Group, to research, catalogue and digitise the archive.

It is now available on a dedicated website. It is also available for public access at the Liverpool Record Office. 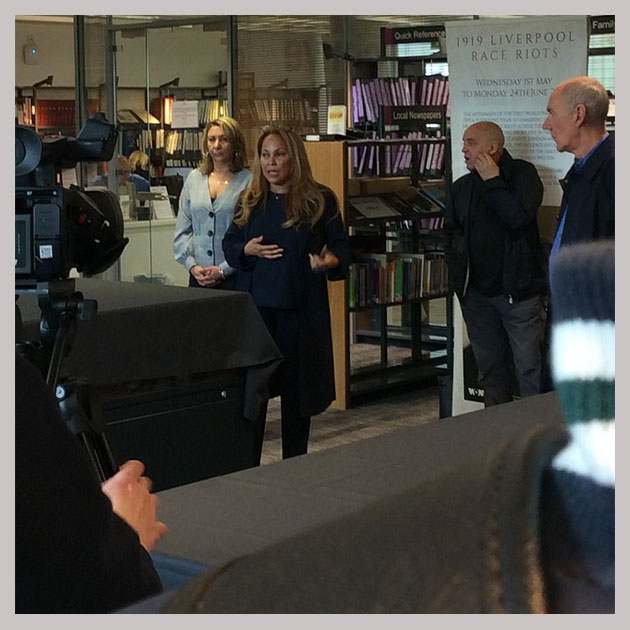 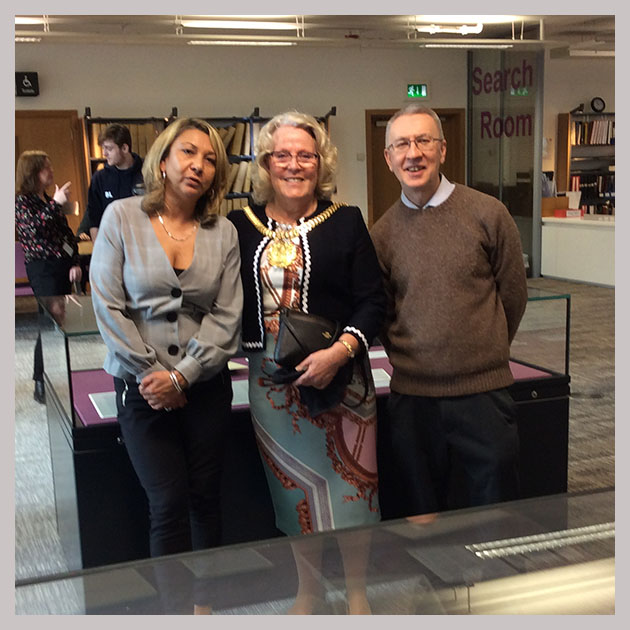 Madeline Heneghan, Lord Mayor Christine Banks and Michael Mahoney at the launch of the Exhibition 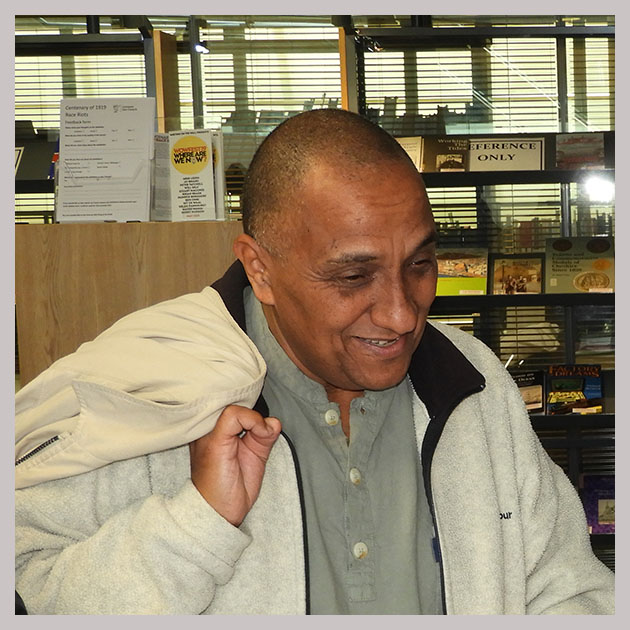 From an archivist’s point of view an opinion was expressed by Liverpool Record Office’s chief archivist, Helena Smart, that the collection is now in demand. Requests are now made from academics, students and from members of the public who just want to know more about this less well-known period of British and Imperial history.

It is increasingly important to commemorate such ‘hidden’ history, particularly the killing of Charles Wotten, a Bermudan sailor, in the heart of a British city a century ago. The inquest into Wotten’s death returned the verdict ‘Found drowned’. Wotten died publicly, in front of a large crowd, as detailed in the Chief Constable’s report (HO 45/11017/377969). 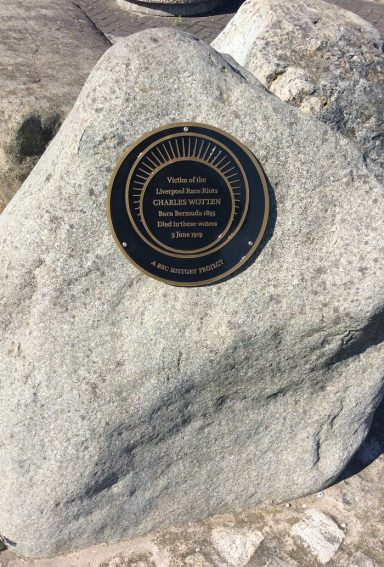 Commemorative plaque to Charles Wotten in the Queens Dock, Liverpool

The ‘Race Riots’ exhibition is currently on display at Liverpool Record Office until 24 June 2019.