Fraud, forgery and identity theft in the 1840s

But some of the documents we hold are fakes or forgeries, and sometimes the fact that they are fakes is what makes them interesting.

A case in point is the will of Anne Slack, proved in the Prerogative Court of Canterbury (PCC) in 1843. It reads as follows:

I, ANNE SLACK Spinster formerly of Smith Street Chelsea but now of South Terrace Pimlico do make this my last Will and Testament as follows that is to say I give devise and bequeath unto my beloved Niece Emma Slack the sum of three thousand five hundred pounds sterling in the three pr cent consolidated annuities now standing in my name in the Books of the Bank of England and also all my money and securities for money of what nature or kind soever and wheresoever the same shall be at the time of my death and I do appoint and constitute my said niece sole executrix of this my last Will and Testament hereby revoking and making void all and every other will or wills at any time heretofore made by me and do declare this to be my last Will and Testament In Witness whereof I the said Anne Slack have hereunto set my hand and seal this third day of June in the year of our Lord one thousand eight hundred and forty two –Anne Slack – Signed and sealed by the above named Anne Slack as and for her my last Will and Testament in the presence of us who at her request and in her presence have subscribed our names as witnesses thereto – Jane Perkins — Willm Williams

PROVED at London 22nd March 1843 before the Worshipful Augustus Frederick Bayford Doctor of Laws and Surrogate by the Oath of Emma Slack Spinster the Niece the sole Executrix to whom Admon was granted having been first sworn to administer.

It was one of a number of fictitious wills that were the subject of a case known as ‘The Will Forgeries’. Several members of an organized gang were convicted in this case at the Old Bailey in 1844. They identified dormant accounts in the Bank of England that contained large sums of money, then forged wills in the names of the account holders and registered fictitious deaths in the same names. Armed with the death certificates and wills, they obtained probate from the PCC at Doctor’s commons, presented the grants of probate to the Bank and collected the money. 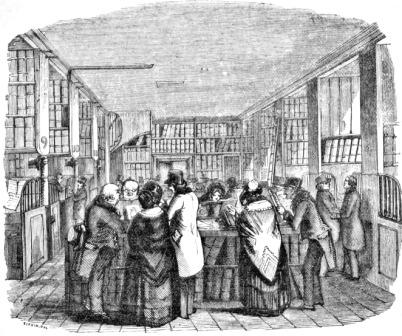 It was a very high-profile case, with people queuing for the public gallery and avidly reading lengthy reports in the papers. The story of the gang, how they operated, and the events surrounding their trial and conviction is a fascinating one. Anne Slack was just one of a number of victims of this gang, so this is not the only fictitious document among the PCC wills, or the death registrations held by the General Register Office.