Dunkirk on film and in print

Have you seen Christopher Nolan’s Dunkirk? And do you now want to explore the history in more depth? There’s a great selection of books to choose from (and the 75th anniversary of the event back in 2015 added to that literature).

Hugh Sebag-Montefiore’s Dunkirk: Fight to the Last Man is a tremendously readable narrative which begins in early May 1940 and carries on past the evacuation to a discussion of the rearguard action and the sinking of the Lancastria. Sebag-Montefiore mixes explanation with personal testimony (extracts from letters, journals and war diaries) to put a human face on his history. His detailed accounts underscore what ‘defend to the last man’ meant to those who received the order. There are moments of humour, and examples of valour, frustration, confusion, horror, triumph and tragedy. If you want to read just one book on Dunkirk, this is probably the one. 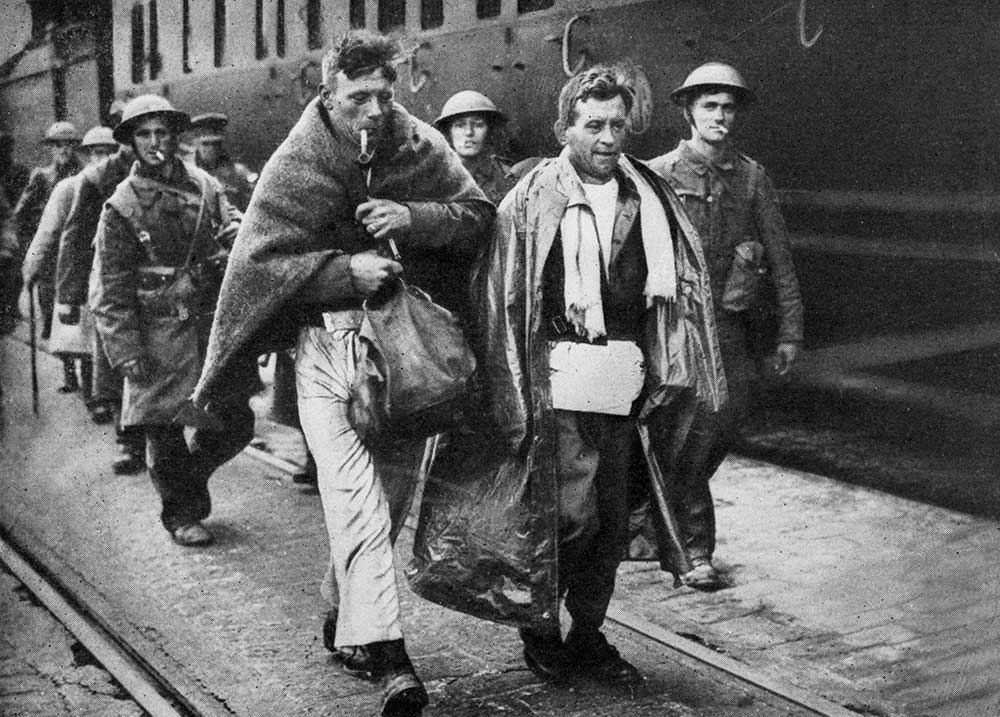 Nolan’s film includes significant coverage of the RAF’s role. As a lot of the activity was back from the beaches, there was confusion among troops being shot by the Luftwaffe: they couldn’t see the work being done to protect them. Norman Franks’ Air Battle for Dunkirk provides text and original photography of the amazing achievements of the British pilots. It is a great study of this less well-covered aspect of the war.

Julian Thompson, himself a former marine, has researched the work of the officers charged with organising what was the largest seaborne evacuation ever attempted. His book Dunkirk: Retreat to Victory examines the lead up to the evacuation in considerable detail. Also worth a look is Henry Buckton’s Retreat, which considers evacuations other than Dunkirk. This includes Operation Cycle, which cleared 11,000 Allied troops out of Le Havre, and the later activities of Operation Ariel, which aimed to remove both troops and civilians from points along the coast of western France.

One of the film’s closing scenes features an evacuated Tommy reading out the newspaper report on Dunkirk; if you’re interested in a facsimile edition of the front pages, the Memorabilia Pack Company produces replica newspapers for key moments in history and there is one available on Dunkirk.

There is also another story here: that of the troops whose job it was to hold back the Germans and facilitate the evacuation. Thousands of British and French soldiers were involved, and these men were left behind. Many were killed in battle or later executed by the SS, but many more were taken prisoner. For these men, including my mother’s cousin Vic, this was the beginning of a long struggle. Vic was captured at Dunkirk and imprisoned in Germany for the duration of the war; later, as the Americans advanced, he and his fellow prisoners were forcibly marched ahead of the liberators. He did not make it back to England until a year after the end of the war and for the majority of that time his family had no idea if he was alive. Luckily he did survive, although in a terrible state. On his return he was cared for by his mother (who had been a nurse in the First World War) and went on to make a full recovery.