A coronation to remember: the price of crowning Victoria

Last week two students, Bushra and Joshua, visited The National Archives for their Lord Mayor’s Scholarship work experience. They spent some time with my department (Advice and Records Knowledge) learning about the different records held here and the work that we do.

With the recent 177th anniversary of Queen Victoria’s coronation, and the forthcoming milestone for our current Queen in mind  (in September Queen Elizabeth II will become Britain’s longest reigning monarch), I showed them the records we have relating to the cost of Queen Victoria’s coronation. While we looked at a Treasury record we also examined records originating from the Lord Chamberlain’s department and a bundle of Privy Council correspondence.

Display of the documents we used

The records that we found allow the real cost of the coronation to be compared with estimates that officials gave to the Treasury before work began. From T 1/3570 we can see that a figure of £12,802 was given to the Treasury as the probable cost of the coronation to the Lord Chamberlain’s department. Yet, from LC 2/67 we can see that after the coronation, in November 1838, a little over £14,000 was issued by the Treasury to foot the bill. With an approximate £2,000 disparity (roughly £88,200 in 2005’s money) 1 we might wonder why the spending was not more strictly controlled. However, the Treasury did scrutinise the bills that were coming in; they disallowed a sundry payment of £80 to Sir George Smart 2 (who conducted the coronation). 3 A letter from the Treasury found in LC 1/21 states that the payment was disallowed because a fee was not charged for the same service supplied for William IV’s coronation.

LC 2/67 also lists the key costs of Queen Victoria’s coronation next to those of William IV; we can see the differences between a ruling King and Queen. We might assume that Queen Victoria needed more accessories and help in order to achieve her desired look and William perhaps less so. However, Victoria actually spent less than William on her coronation in some key areas, for example: crimson velvet cloth, William IV £84, and Victoria £70 10s. Despite spending less in some areas, Victoria’s coronation was perhaps more glorious as she had, for example, 85 musicians as opposed to William’s 75. 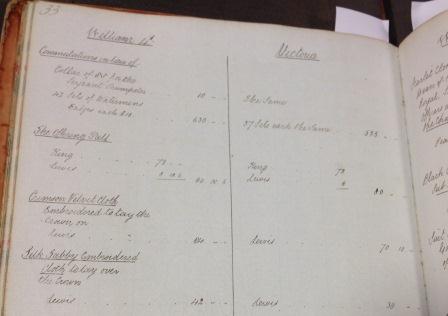 Victorian era enthusiasts will be familiar with the grand coronation of one of Britain’s greatest monarchs. We might think that the day was planned well ahead of time but from PC 1/2944 we can see that with just a few weeks to go before the big day, there was still much to do.

On 1 May 1838, 58 days before the coronation, Rundell, Bridge & Co. 4 (the company charged with making jewels for the coronation, including the Imperial State Crown) wrote to the Privy Council. They had not yet received the official order to begin work on coronets for those related by blood to the new Queen. This last-minute request by the company for an order to proceed suggests that the layers of procedure that tradesmen had to navigate wasted precious time. The price of crowning Victoria for tradesmen could be stress. 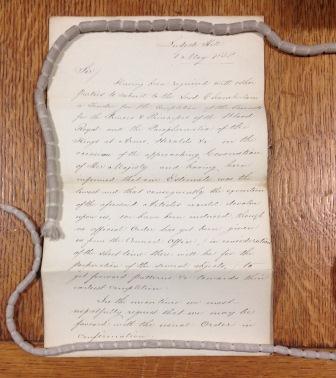 Letter to the Treasury from Rundell, Bridge & Co asking for the official order to make coronets for the royal family to be sent to them