Commemorating the Battle of Agincourt at The National Archives

On 27 October, a wave of Agincourt fever spread through The National Archives. With a series of fun, quirky and educational events, we made our own contribution to commemorating the monumental English victory on French soil on 25 October 1415. Moments from the day were captured by resident photographer Joao Dos Santos – I’ve collected some of my favourites here. 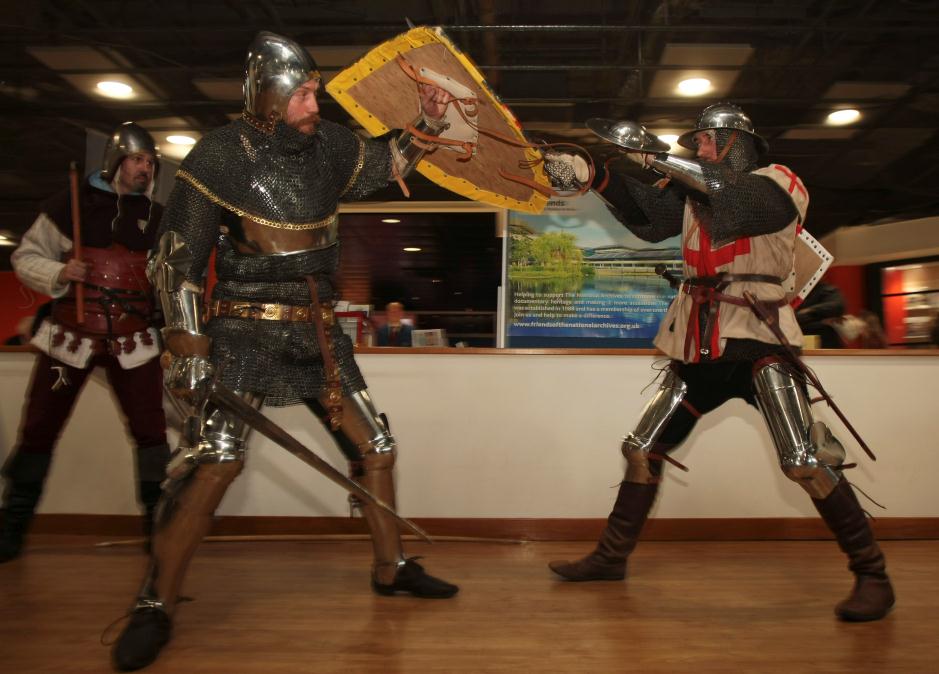 The morning events included a superb family-friendly event, organised by the Education Team, making weaponry and shields out of craft materials in the public restaurant area. 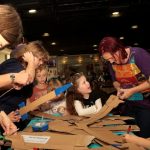 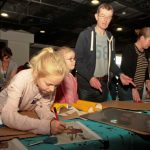 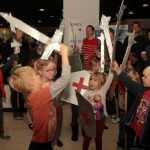 Hussar! We have an army! (Photo: Joao Dos Santos) 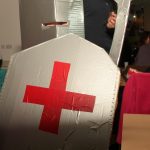 With their newly furnished arms, the children were invited into the Keeper’s Gallery to listen to a storyteller tell them what happened on the campaign and at the battle, through the eyes of individuals who were there. There was not one face that didn’t look engrossed! 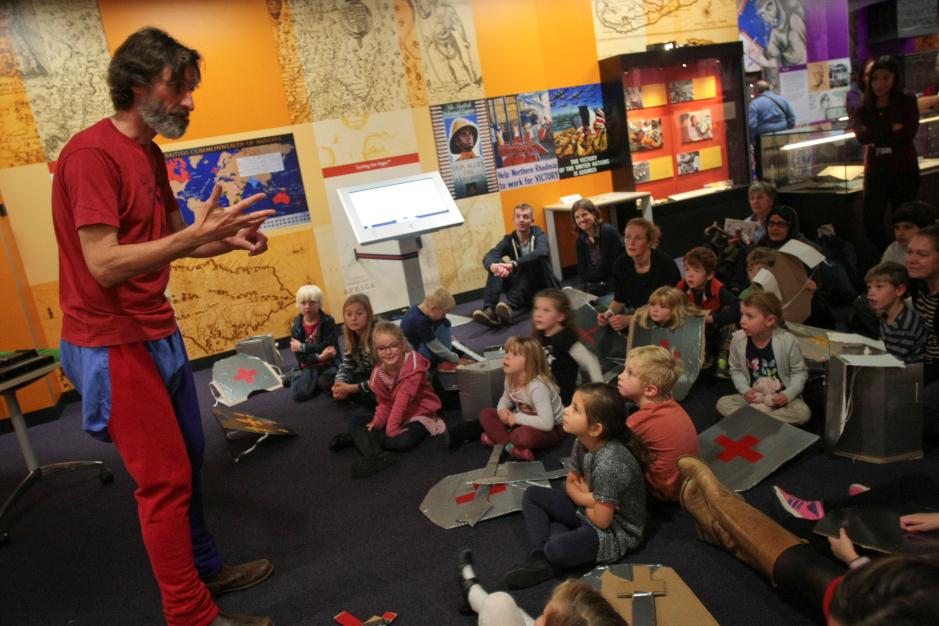 A group of children listen to a storyteller telling the tale of Agincourt (Photo: Joao Dos Santos)

Finally there were lessons in hand-to-hand combat and archery outside in the park, where parents saw the graduation of their children as expert archers and knights! 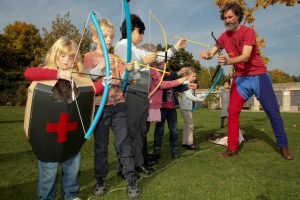 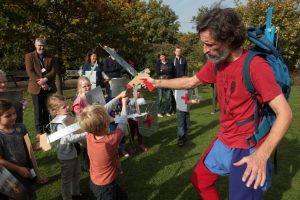 The clash of arms! Sword practice in the park (Photo: Joao Dos Santos)

Stuart, Dean and Wayne, interpreters from the Royal Armouries in Leeds, unveiled a show and tell display of armour worn and weaponry wielded by soldiers at Agincourt, from the comical pig-snouted bascinet helmet to the lethal poleaxe. And of course, no display would be complete without the dreaded longbow or great war bow. 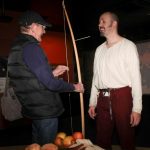 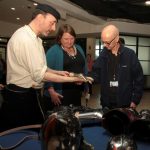 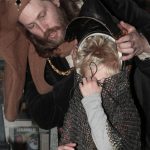 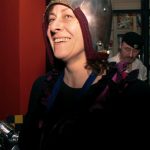 Perhaps the most anticipated event of the day was the afternoon’s exuberant demonstration of the arming of an English archer, man-at-arms and lord. Stuart, Dean and Wayne did not fail to entertain as they talked through with dry humour the armour they were donning and the weapons at their disposal to an enraptured audience. No doubt King Henry would have approved! 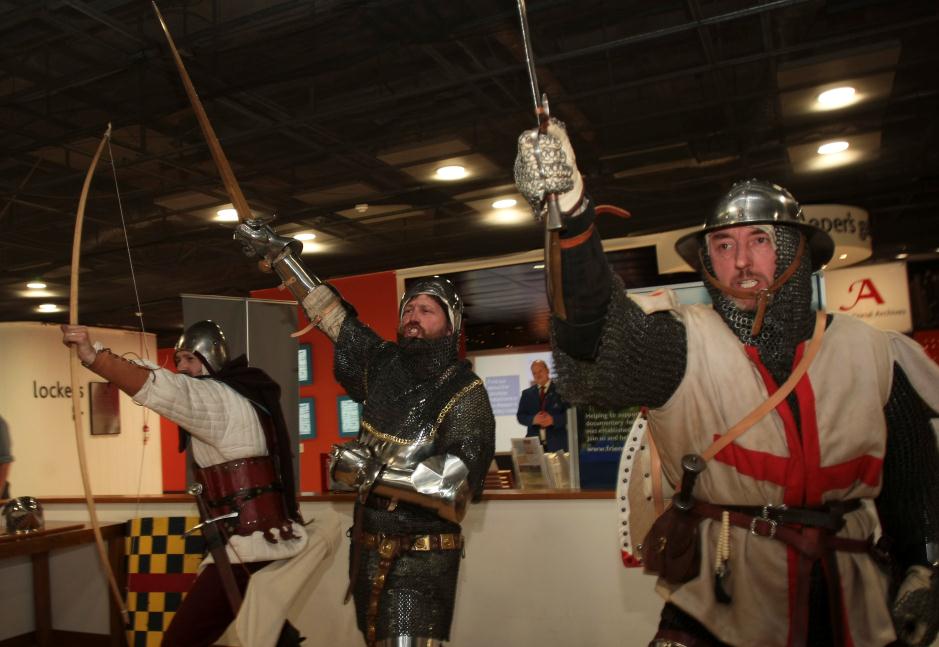 A further bonus was witnessing the event being introduced by Chief Executive Jeff James dressed in a 15th century ‘kettle’ helmet with chain mail neck guard. 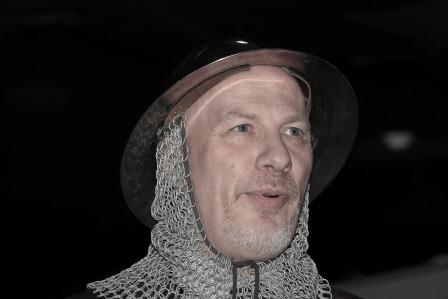 Visitors could explore the history through an exhibition of original records in the Keeper’s Gallery and a panel display in the public restaurant. Our records provide a significant insight into the battle, and many of these records are not known to the public. It was a wonderful opportunity to reveal records that, for instance, provide the names of ordinary archers and men-at-arms who fought at Agincourt, or records that reveal the effect of battle on soldiers and their families. Both exhibitions will be available for the public to view until early next year. 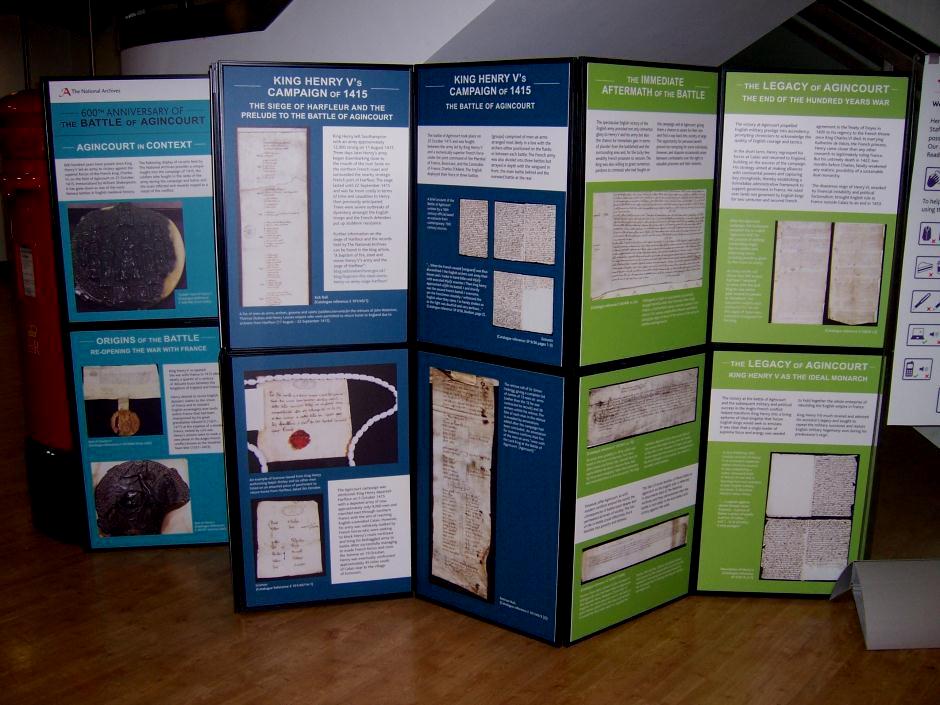 Panel exhibition talking through the origins, preparation, the campaign and battle and legacy of Agincourt (Photo: Joao Dos Santos)

To round off a wonderful day, guest speaker Professor Anne Curry, a world expert on Agincourt, discussed with customary finesse and expertise the battle and the surrounding myths that have developed through the centuries. The audience were certainly interested, as the questions and discussion went on for 50 minutes! To whet the appetites of visitors coming to hear the lecture, the Medieval Team organised a display of documents, including financial records such as the ‘Agincourt Roll’ (E 358/6), which is concerned with settling outstanding wages; retinue rolls of men serving under one captain; bonds for prisoners to be ransomed; and much more.

The 600th anniversary of the battle of Agincourt was commemorated in style at The National Archives! It could not have been possible without the dedication of many individuals across the organisation, but particular recognition should be reserved for the impeccable work of our Facilities team. Without them the events could not have taken place.

Besides the day’s events, other efforts had been made to make the fascinating records we hold at The National Archives accessible. Members of the Medieval Team in collaboration with the Web Team created an illuminating online exhibition showcasing various records and putting them into context. More detailed discussions of the records relating to how the English army was raised and paid, the siege of the town of Harfleur and the battle itself can be found on our blog.

Speaking on behalf of the Medieval Team, it has been a privilege to be a part of a collective effort across The National Archives to commemorate the 600th anniversary of the battle of Agincourt in such a significant way. It has also successfully pushed the boundaries of ways we can engage people with the fascinating history to be found in our records.

This effort, like the achievement of Henry and his army at Agincourt, has been a victory! 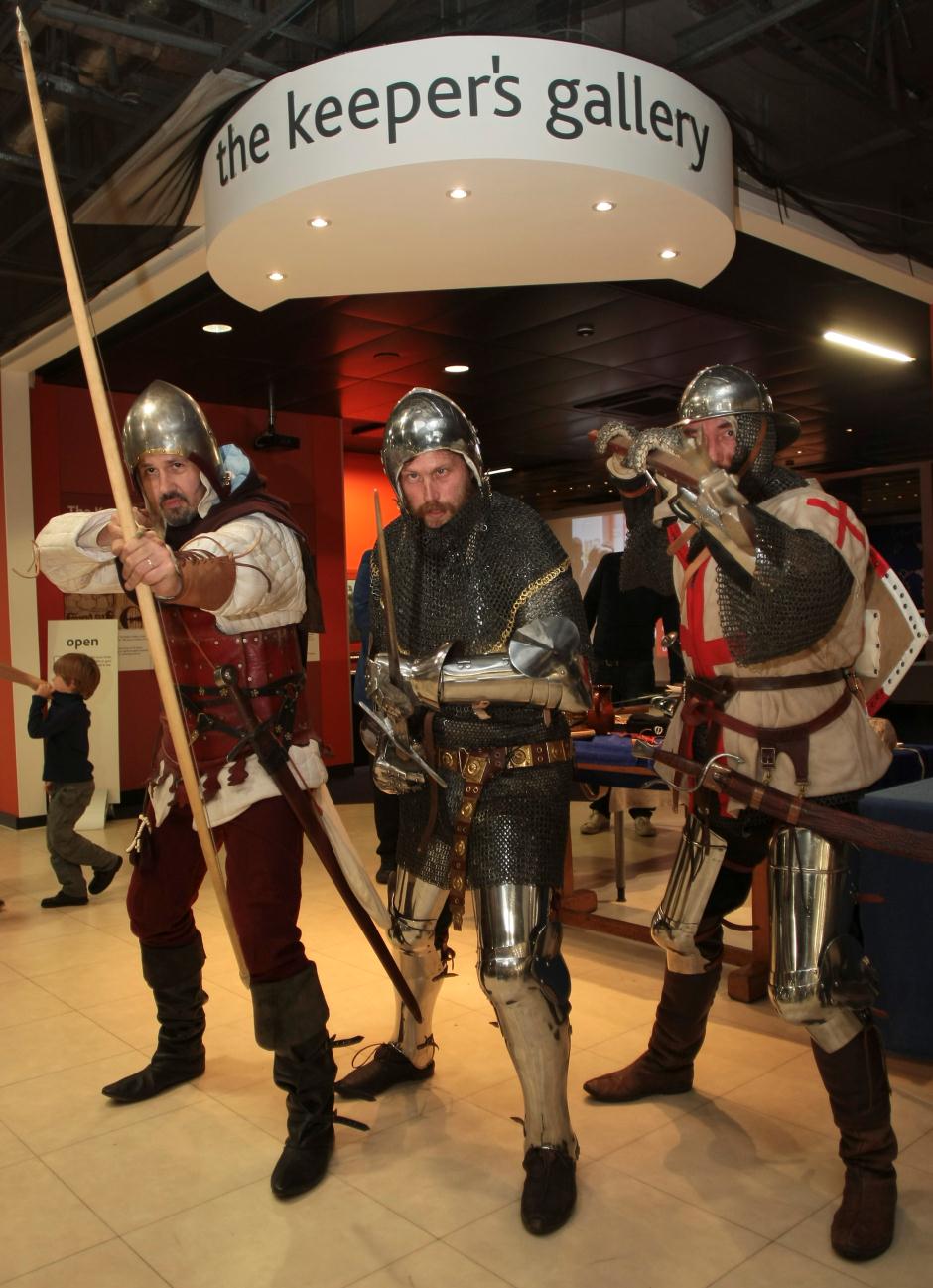