Care and Comfort at The National Archives 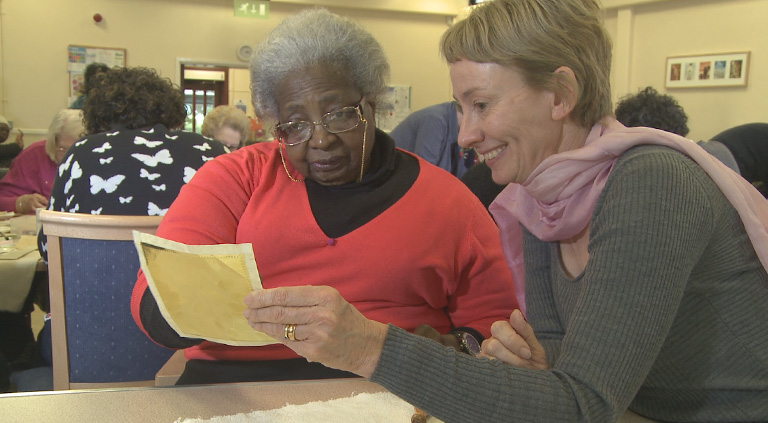 The Care and Comfort exhibition is the culmination of a year-long project looking at the First World War. Of the many millions who served, four million were non-European, non-white people and their story has remained largely untold. While they had a strong oral tradition, many were illiterate and the records that may have noted their service either do not exist anymore or are very hard to trace. 1

We were particularly keen to use this project to commemorate the contributions of people from around the world, and imagine how not only people here but from across different continents stayed in touch with soldiers and personnel. At the project’s inception we discussed as a team how we could make the often grim subject of war engaging for a wide and diverse range of people. A common theme emerged about how people cared for one another in the traumatic circumstances of war, which provided the starting point we needed.

Initially we discussed ideas about trauma and healing, looking at pension and medical records relating to the war. However, in consultation with others we felt that the references to trauma may not be best for a community engagement programme. We decided to call the project ‘Care and Comfort in the First World War’, focusing on the humanity and friendship that underpinned the many personal relationships that existed during the conflict. As a government archive, we had various official correspondences referring to the subjects of care and comfort. However, it was a meeting with the writer Shrabani Basu that raised our awareness of the comfort committees and the long lists of items that were sent to serving South Asian troops. 2

We re-read the letters that South Asian soldiers sent and became aware of the beautiful embroidered postcards and keepsakes that were made as a way for family and friends to keep in touch during the war. Finally, through research that Viv Philpot (one of the artists on the project) conducted on the Princess Mary gift boxes we came up with the idea of creating our own gift boxes, in which participants could place their own keepsakes, letters and other items (below). It was at this moment that the project came alive. 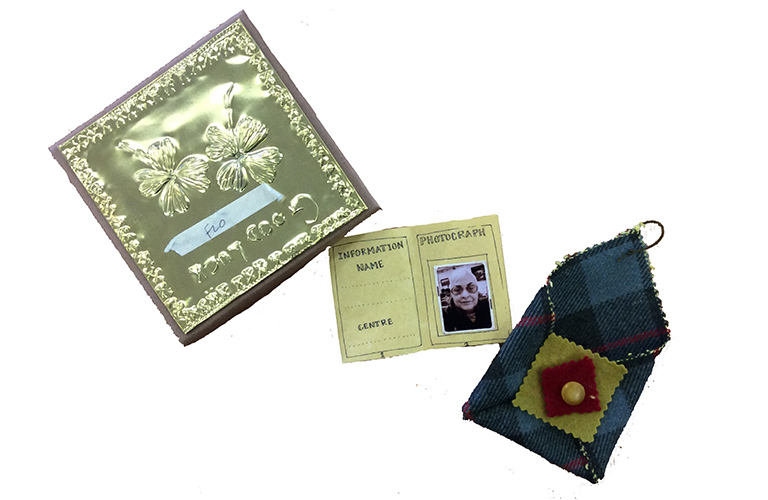 Objects produced during the Care and Comfort outreach sessions

While developing the content for the project Sara Griffiths (Outreach Manager) and I also began researching groups we could work with on the project, and, following a number of meetings with various groups, we were able to select two: Neighbourly Care Southall and Contact Club Battersea (part of the Katherine Low Settlement). We consolidated our research using The National Archives’ resources and then prepared a series of ten workshops (five at each centre). These included creative making activities led by Viv Philpot and Dorothy Tucker and a writing activity facilitated by the writer Aoife Mannix. 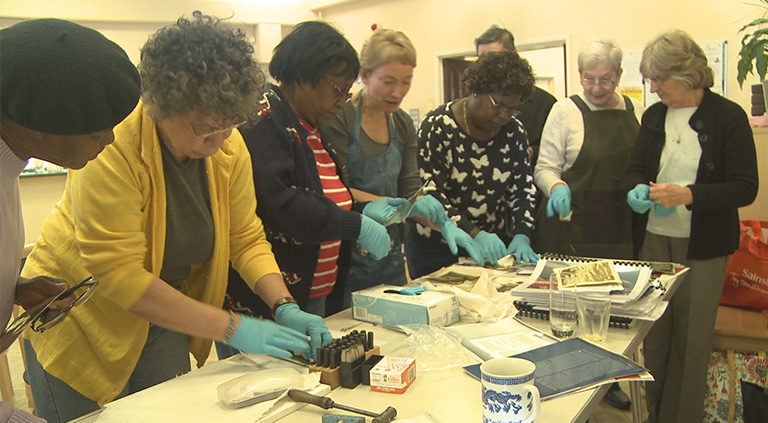 The group embossing their box lids during one of the sessions

The artists had designed the project so that it would culminate in an exchange of gifts, simulating the experience of people at the time of the First World War. As a way of bringing the project to a close and to celebrate the ideas of friendship that were a key part of the project we hosted an event at The National Archives on Tuesday 15 March 2016 where both groups attended a reception.