‘By Sea, By Land’: Royal Marine attestation and discharge records

With the help of volunteers, to whom we are extremely grateful, The National Archives recently completed the cataloguing of Royal Marine attestation and discharge records in the series ADM 157.

The organisational history of the Royal Marines is relatively complicated and, prior to the middle of the 18th century, somewhat disorderly. In its earliest incarnation, regiments were raised and disbanded ad-hoc for the purposes of war – much like the army, a standing force was always considered constitutionally dangerous and, perhaps more importantly, unnecessarily expensive. This informal or even improvised arrangement changed in 1755 when the Grand Divisions were established.

This organisational arrangement would endure for 200 years, with divisional headquarters at Chatham, Portsmouth and Plymouth. These headquarters acted as administrative centres for Marines – or Royal Marines from 1802 – and concentration points for those not deployed as ships’ detachments.

This re-invigoration of the corps, combined with the Admiralty’s desire to keep it extant and efficient, produced a flood of new records. While a boon for the family or social historian, these records have not always been easy to navigate thanks in the most part to the format and arrangement in which they were deposited at The National Archives. Back in March this year, this situation changed for the better. 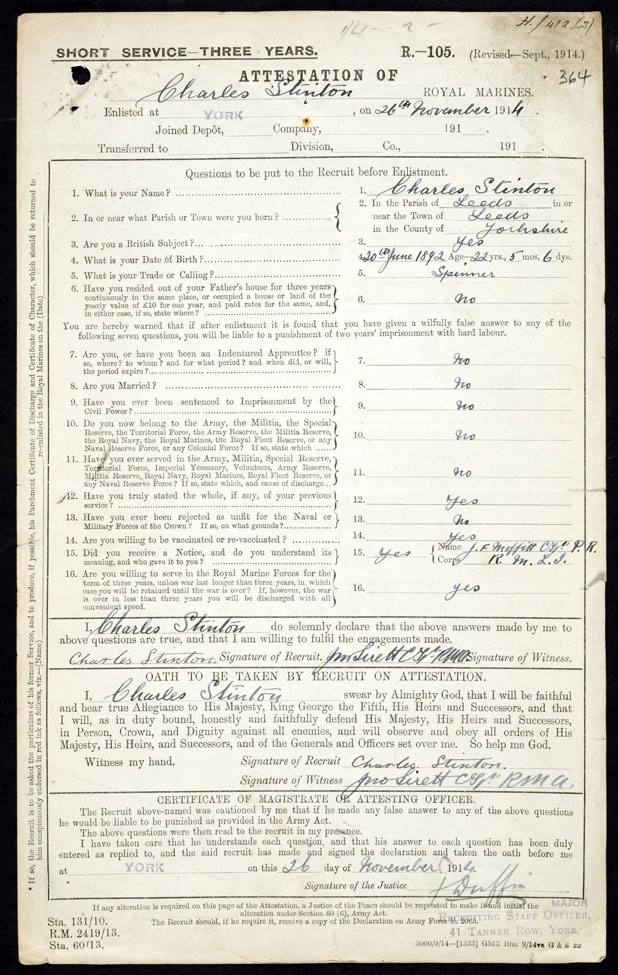 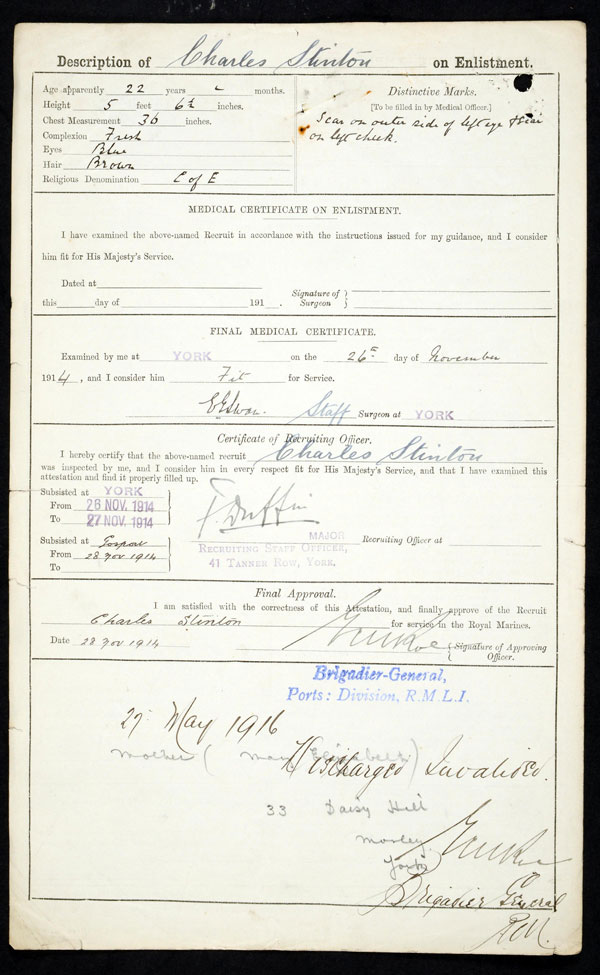 The attestation and associated records of Royal Marines serving between the late 18th century and 1925 in the series ADM 157 have historically been arranged alphabetically by year of attestation or discharge within Division sub-series (primarily Chatham, Plymouth and Portsmouth). This used to mean that to find an individual meant having to know various bits of information before speculatively ordering records in hope of finding the entry.

In March 2019, a team of volunteers completed a ten-year project to create individual item descriptions, allowing readers to search for former servicemen by name, place of birth, age at attestation, joining date, reason and date of discharge, as well as other details. Not only has this dramatically opened up the records to researchers, but the ease with which individuals can now be found will reduce unnecessary usage and help preserve the documents for the future. 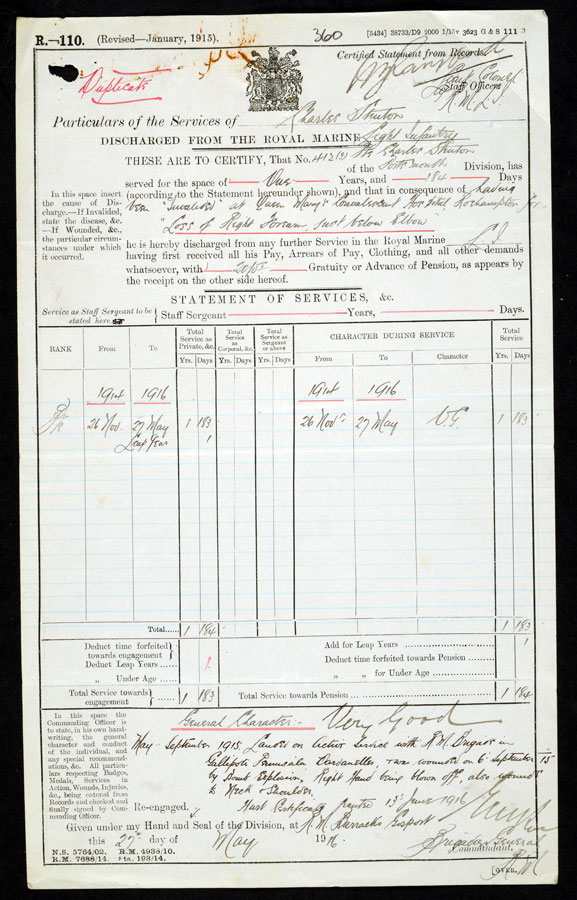 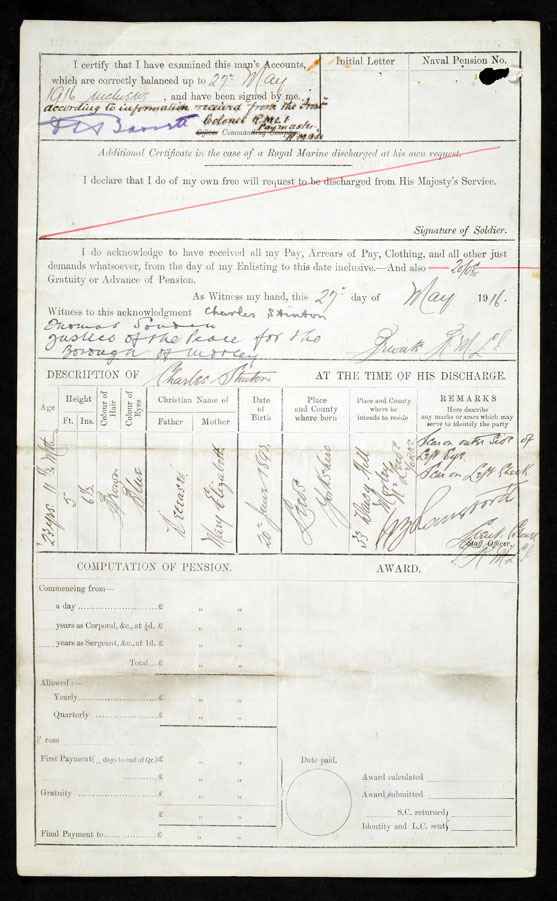 Attestations are the forms a Marine completed on enlistment, attesting that he would serve wherever required. The forms gathered a considerable amount of personal information about the Marine, such as date and place of birth, age, trade and physical characteristics on recruitment. Details of enlistment and attestation sometimes also reference next-of-kin. The forms were annotated briefly with the details of a Marine’s service career, such as the names of the ships or stations on which he served, and the dates of his service. Depending on the date, other potential papers include casualty forms and conduct sheets. 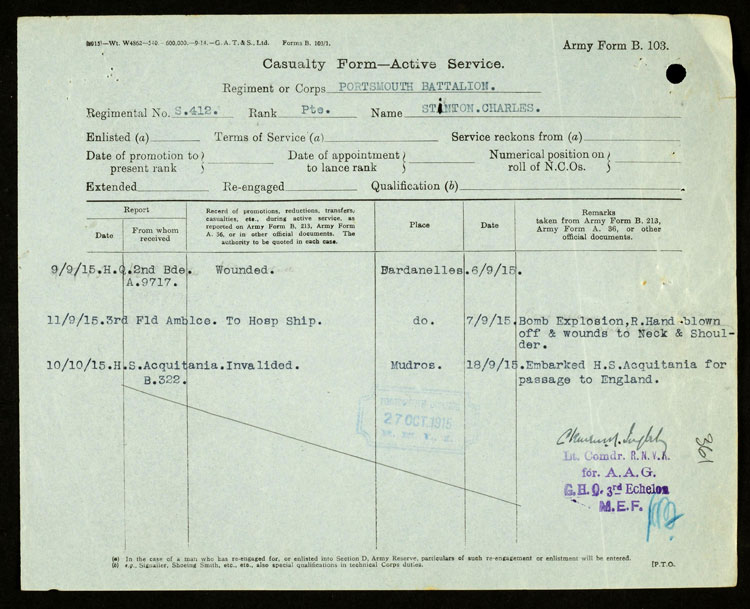 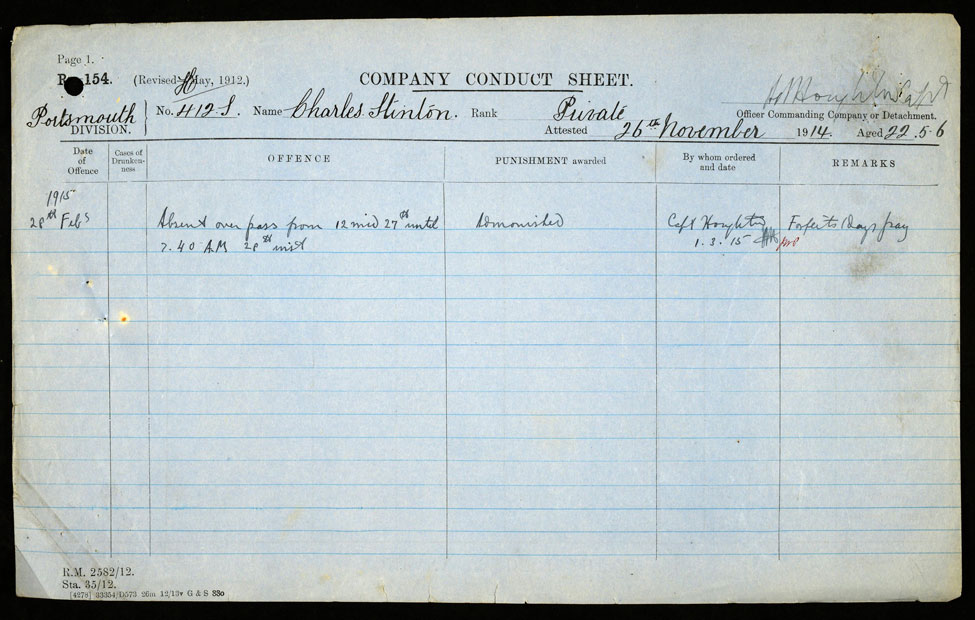 Due to the dedication of our volunteers and a number of colleagues in various teams, it is now substantially easier to locate a Marine’s records, opening up new avenues for a variety of researchers.