The recent unveiling of a memorial at the National Memorial Arboretum at Alrewas, dedicated to those who worked in British coal mines during the Second World War, was another reminder of the often unsung sacrifices made during wartime. By late 1943 coal stocks were running low and in order to ensure that the war effort could still be fuelled, the Minister for Labour and National Service Ernest Bevin was charged to enhance the mining labour force. 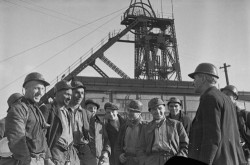 Bevin decided that a ballot amongst men aged 18-25 would be the fairest and most sensible way of selecting miners, and that the selection group should be as wide as possible. As Lord President of the (Privy) Council, though, it was Clement Attlee, Deputy Prime Minister of the wartime coalition, who circulated the Cabinet memorandum that forwarded the idea (CAB 66/43/31). Ballotees would attend a four-week training session, after which they would work in mines, in physical roles supporting miners (they wouldn’t actually mine the coalface). 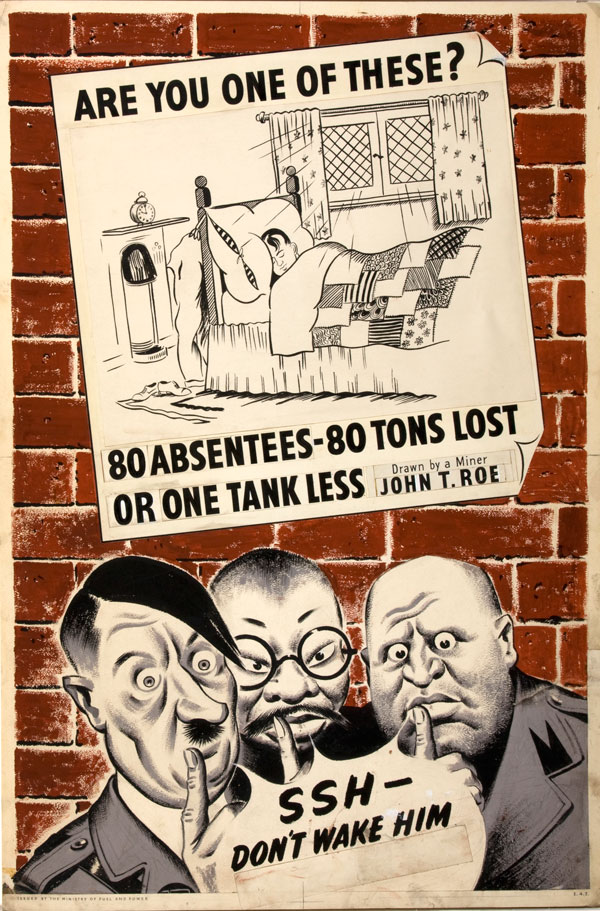 A BBC Archive programme for Radio 4, originally recorded in 1983, includes personal recollections of experiences in the mines. What initially struck me when listening to the programme was what one contributor explains regarding the initial shortage of miners: that despite the horrors of war, so many people who worked in mines had volunteered for life at the front. Life and employment in mining communities was tough, particularly before the post-war introduction of safety measures, and perhaps there are are not many more eloquent indicators of that than people actively electing to sign up for battle rather than stay (although one should acknowledge that many might have felt fighting on the front was a more obviously active engagement in the war effort).

The programme goes on to explain how harsh the experiences for those who became known as Bevin Boys endured. Their equipment was sparse (a helmet and one pair of steel-capped boots – paid for by themselves), the work as ever was dangerous (one fatality was recorded), and absenteeism was punished by a 30 shillings fine or imprisonment.

The strictness of the plan was set from the top by Bevin, and he was adamant that only through a ballot and very limited exemptions (such as flying duties in the RAF and Fleet Air Arm) would the selection be fair. The War Cabinet agreed, stating that the scheme would only be accepted by the public if it was confident of impartiality (CAB 65/36/30).

Amongst our holdings from the Ministry of Labour and National Service (LAB) here are several records relating to the Bevin Boys. Perhaps most interesting is LAB 45/93, which is essentially the register of coal mining ballotees. A glance through the file shows us names, regimental numbers, and dates of selection for each ballotee. The locations that ballotees were sent to shows how geographically spread the scheme was, and although initially the aim was to assign participants to training centres and mines as close to their homes as possible, this became increasingly difficult. 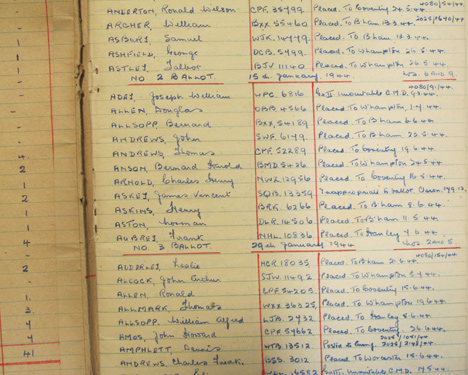 The 1983 radio programme ends with some contributors explaining how they received no answers regarding release schemes after victory was secured, even though officially the date of demobilisation was meant to be the same as for those in military service. Some complained that after they had been placed with armed services their efforts in the mines had not been counted towards their service and that many military personnel were not aware of the scheme.

Indeed, this lack of recognition is something that the surviving Bevin Boys are probably all too familiar with. The establishment of the Bevin Boys Association in 1989 at least allowed for ballotees to share their experiences and memories, and provide support for each other, but the unveiling of the memorial at Alrewas earlier this month finally represented official recognition of their efforts and sacrifices.