Armistice and Legacy – a graphic novel on the First World War

The Education team at The National Archives is always busy preparing workshops for school groups of all ages. Students explore collections related to their studies and are encouraged to consider how original sources can inform and deepen their understanding of history. 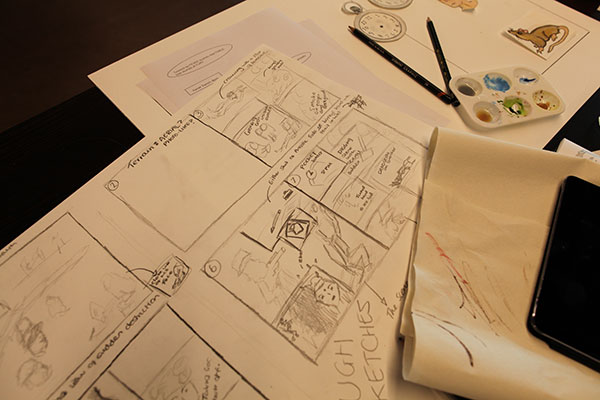 But learning doesn’t only happen in term time. The Education Department’s offering of targeted projects and family events out of school hours is becoming increasingly popular – as is evident from the outcome of our summer projects, one of which was to mark the centenary of the end of the First World War. 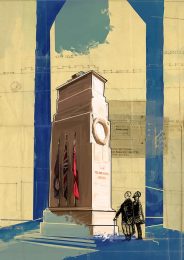 Painting of the Cenotaph by Matthew Lee

This years’ project was based on a concept inspired by the previous year’s success of ‘Chronicles of the Dissolution’ – a graphic novel designed to tell the lesser known stories of the Dissolution of the Monasteries. This summer, students applied for a graphic novel workshop. It was designed to showcase many stories of the First World War which have emerged from the extensive research carried out at The National Archives by staff members over the last four years.

‘Armistice and Legacy’ is a collection of interlinked stories written by Carol Adlam, award-winning illustrator and author who we were privileged to have back this year to direct the students in how to create a graphic novel – in just five days!

The subject of the First World War and its legacy is complex, and impossible to do justice to in any single project. It was decided early on that the script should be made up of a number of interlinked short stories, each based on a variety of records held at The National Archives: these include war diaries, pension and service records, Ministry of Health files, maps, photographs, postcards and letters. 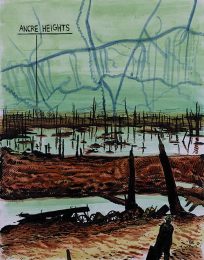 A number of striking individual histories emerged, from which Carol wrote an 80-page script to guide the students through a week-long workshop in which they each illustrated a section of what was to become the graphic novel collection ‘Armistice and Legacy’.

Throughout the week, mornings began with some technical exercises: lessons on storyboarding, sequencing using transition and pace, and techniques with watercolour and gouache.  Carol humbly demonstrated her skills by nimbly splashing paint on paper and magically re-creating the historical subjects in our records in a matter of minutes.  Two work experience students rose to the challenge of creating their own chapter, ‘The Yeoman’, about a soldier on the Middle Eastern front.  A further seven students completed the cohesive and talented group, each adding their own unique interpretation of the original records they had come in to examine a few weeks before. 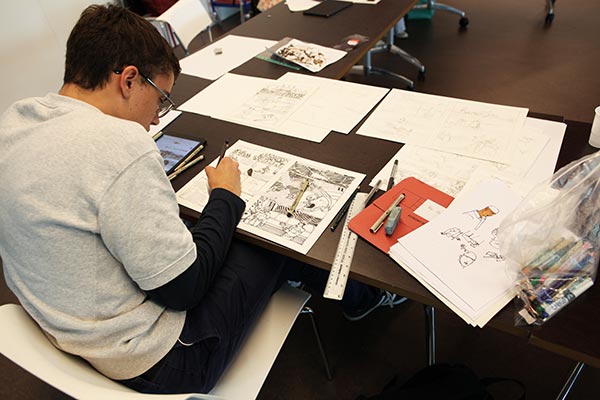 A member of the group at work

We watched as the students’ ideas unravelled from lines of newspaper print and vignettes in sketchbooks into remarkable, high-calibre illustrations of Indian cavalrymen, yeomen, artists and unknown warriors – whose stories are of heroism, desertion, mental health, and commemoration.

The graphic novel is increasingly used as a way of telling complex and difficult histories in new and accessible ways, reaching out to a wide range of readers… It is exciting to see how the students have risen to the challenge of creating beautiful and exciting artwork to illustrate each story.

‘Armistice and Legacy’ goes quite some way in telling diverse stories of the First World War in a truly an original manner. The students were a committed and gifted group of young people who had the opportunity to engage with our collections in an innovative and positive way.

We’d like to thank the staff at The National Archives – and especially George Hay, Principal Record Specialist, who gave the students invaluable insight into the records. A special thank you goes to the Friends of The National Archives for recognising the value and the outcome of this project. 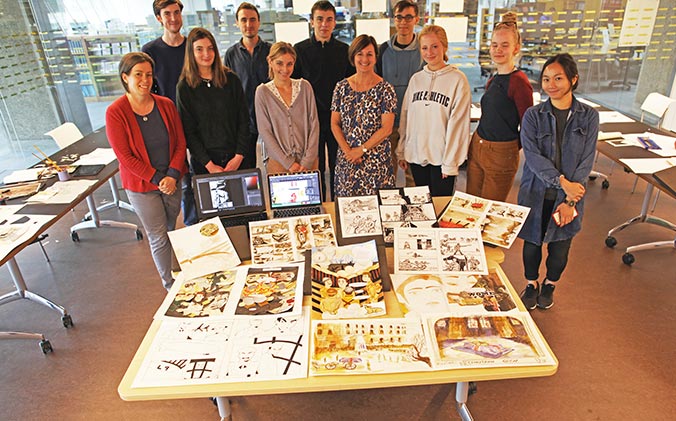 The group and their artwork

We look forward to the work being exhibited as part of our Armistice commemorations. All the stories in the form of a broadsheet newspaper will be on sale in the bookshop and a downloadable resource will be available on our Education web pages.