A seasonal discovery in conscription appeals

As we are nearing the end of preparing the Middlesex County Appeal tribunal papers for digitisation, we are beginning to get an appreciation of the type of people who were appealing their conscription and their reasons for doing so. 1

We have papers of former German nationals, Russian Jews, Socialists, Quakers, Christadelphians and large employers appealing on behalf of their workers. 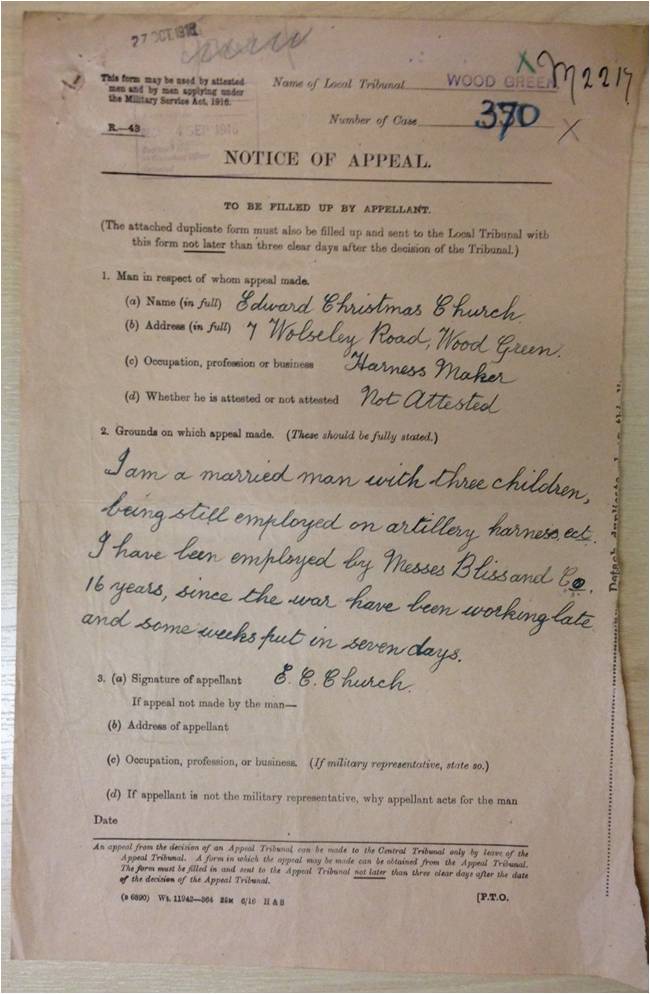 However, since this is a festive themed post I thought I would blog about the story of a man we have discovered called Edward Christmas Church. 2

Our ‘Mr Christmas’ is a great example of what you will typically find in the MH 47 records, as well as how you can link into other record series here at The National Archives.

Edward was born in 1878 in Edmonton and married Martha in July of 1912. His initial form submitted to his local tribunal tells us that he is appealing on ground ‘D’, serious hardship, explaining that he is father to three young children (two girls and a boy, all under the age of three). 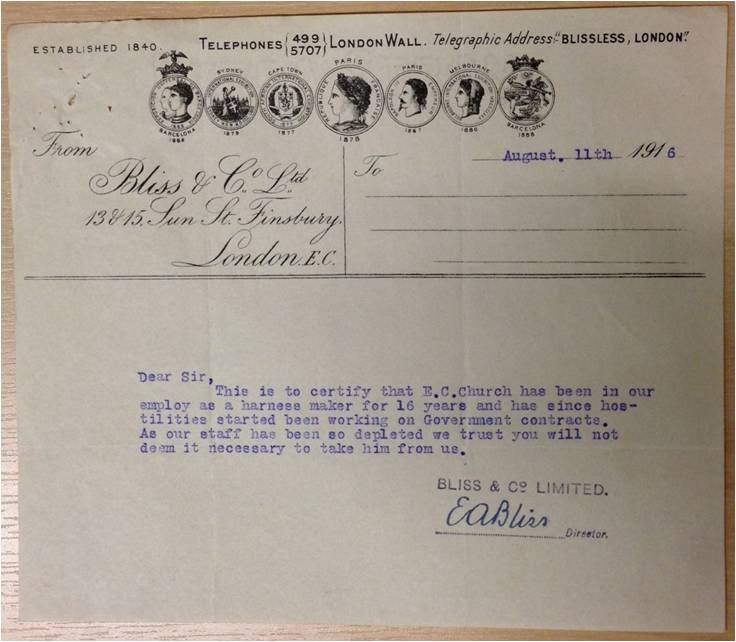 The vast majority of men who appealed their conscription did so on personal, not moral, grounds. Instead of having a strong religious or political objection to the war, it’s quite poignant approaching Christmas to think of how this new ‘modern warfare’ must have affected so many young men in this country. Having such a young family must have put a great strain on the conscience of our Mr Christmas, seeing so many men go off to fight without wanting to leave his wife to raise three young children alone.

What makes Edward interesting is that he also applied on ground ‘A’, that he was already undertaking work of national importance for Bliss & Co, a firm of harness makers who had a government contract to produce harnesses for horses in the Royal Artillery.

Despite arguing that he was already contributing to the war effort, Edward’s appeal was rejected. Looking at the service records available on Ancestry there is a surviving service record for Edward Christmas Church. Edward was called up to the Royal Engineers as a Sapper, number 212449, but interestingly was still being employed as a harness maker, moving from Woolwich to Newark to Bletchley. 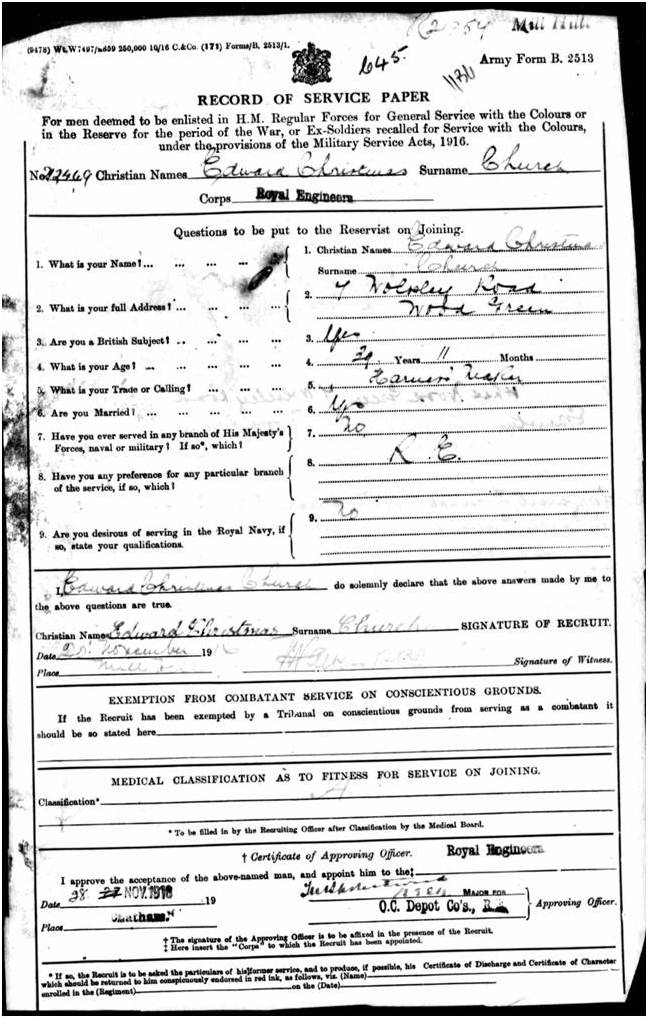 As the need for manpower at the front was becoming more acute by 1918, Edward was called upon to be sent overseas. Edward left Plymouth with the 3rd Corps of Signals on 21 December 1917 arriving at Basra, Iraq on 27 February 1918. Happily Edward survived the war, serving in Iraq for over a year before arriving back in the UK in April of 1919.

Although family historians would possibly have looked for, and found, a service record on Ancestry, the papers in MH 47 add that little bit of extra detail that genealogists crave, such as the name of the company our Mr Christmas worked for and length of service. Not quite the cherry on the cake, but perhaps the brandy sauce on the Christmas pudding?

Don’t forget to take a look at our project web page for more information about the project, the people and related research guidance.