Ask anyone in our department at The National Archives and they will say I’m never short of words… Okay, ask anyone out of half a dozen or more departments at The National Archives and they’ll pretty much agree too! Well, that was up to today I suppose. Perhaps it’s writer’s block, perhaps it’s just the natural wrapping up of my duties given that (note it down Wikipedia!) tomorrow, 7 September, is my last day at the organisation. It has been three years, three months and seven days since I started, a fresh-faced C++ developer from the Midlands. My humanities background was Digital Culture at Kings College London and, between you and me, I think I might have confused digitisation with digital preservation at my interview (they let me through the net though!)

In three years, I’ve seen quite a lot happen in the world of digital preservation. I thought my last blog post for The National Archives might be an opportunity to put a shout-out to some of the existing community projects and initiatives which have already done enormous amounts for the cause and look set to continue this trend for a long time. 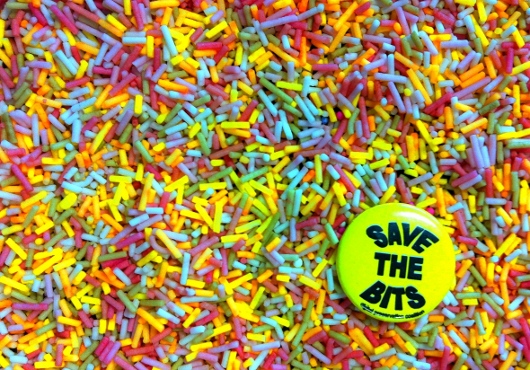 Digital Preservation Coalition - Save the Bits

While I am sure I was introduced to the Digital Preservation Coalition long before this, in February 2010 Planets held one of its ‘The Planets Way’ training events in London. The first day of the event was in a conference format and, just after lunch, William Kilbride from the DPC took the opportunity to say a few words about the work they do. The statement he made to the room that resonated with me to this day, and a sentiment that can make us all smile in digital preservation, was (to paraphrase):

“Once you solve the problem of digital preservation, I can retire.”

One can only presume he wants this solving as soon as humanly possible! The Digital Preservation Coalition advertises itself as ‘an advocate and catalyst for digital preservation … we are a not-for-profit membership organisation and we support our members through knowledge exchange, capacity building, assurance, advocacy and partnership.’

We’ve attended many of the events held by the Digital Preservation Coalition, on subjects such as email preservation and digital forensics. We also make use of the publications they make available, written by subject matter experts on the same topics as their conferences. They provide digital preservation training programs and they also support very practical events such as hack-a-thons. Recently the Digital Preservation Coalition helped support The National Archives by co-hosting our conference about DROID and PRONOM.

Because of the many members of the coalition and the dedication and efforts of their small team that enable this group to get together, the work they do is invaluable to what we’re all doing in Digital Preservation. It is well worth keeping an eye on their website for future events and publications.

PLANETS was a European Union project which set out to address ‘core digital preservation challenges’. The list of outputs from the project is extensive, not to mention the number of conferences and training sessions they held. Building on this work the Open Planets Foundation (OPF) appeared. Since its inception the project has brought together a number of members of the digital preservation community from wider reaching parts of the globe such as New Zealand and America. It has produced informative blogs and made forums available to open up discussions for the community to participate in. Software released by OPF include FIDO, which is a file format identification tool similar to DROID but written in a different programming language; it also makes use of the signatures made available via PRONOM. Jpylyzer is a tool to validate JPEG2000 files and check for their conformance to the JPEG2000 standard.

Jpylyzer is already part of the work we do at The National Archives, and I look forward to seeing what other software will be produced by the foundation over the coming years. I highly recommend anyone reading this blog to also follow the Open Planets Foundation blog for interesting and detailed information and discussion about digital preservation issues.

SPRUCE (Sustainable PReservation Using Community Engagement) is funded by JISC. Their work is based on the previous AQuA events that brought together software developers and collection owners from institutions such as the Bodleian Library, the British Library, ourselves and many others. At these events collection owners pose a question of their digital artefacts – for example trying to characterise emails, or identifying and organising large audio collections. Developers select a problem they are most interested in and feel they might be able to solve and then spend three days ‘hacking’ solutions. The three days are punctuated with talking to collection owners, understanding requirements, collaborating with each other, drinking coffee and eating baked goodies of some variety (muffins when I was there!).

The results of the three days are hopefully some form of prototype solution or deeper analysis and understanding of the problem that has moved the world forward in some way. The collections, issues arising from those collections and solutions, are all recorded in a wiki which can be accessed by everyone and updated by participants, post-event. The mashup is fantastic at bringing together a diverse set of individuals who all have interesting things to say and offer about digital preservation. The environment created is lively and productive. They are some of the most practical events I have participated in and I believe strongly in the results of them. The solutions all have the potential to be turned into larger more concerted efforts. The example that has been set in bringing everyone together like this can be used and learnt from by many other organisations, and the continued refinement of the logistics and tools used by the SPRUCE team means they will only continue to get better.

The next SPRUCE event is this September. While I believe it is fully booked for collection owners and developers it is well worth following what happens over the three days; also for more information, expressed in more detail and accuracy than I am able to do, the SPRUCE pages on the OPF labs site are definitely the place to go and monitor current and future happenings.

The list is growing to be quite something to be marvelled at. There is a mix of individuals and organisations all tasking themselves with looking after the digital preservation issues memory institutions like The National Archives are likely to face: businesses and corporations globally, and even the casual reader of this blog.

Plus there is our own work. We’ve now accessioned our first Home Guard records using the JPEG2000 standard. We’ve appointed our first full time Signature Developer. Over three years we’ve seen three releases of DROID, with the most recent release leaving the project in a strong position to be supported by the Digital Preservation department at The National Archives and to be worked on by the larger community. Not to mention the work also being done with the digital records infrastructure project and the regular efforts we’re making to release digital signatures for format identification via PRONOM.

Overall it has been an informative, enlightening and exciting few years. Digital preservation is important to me and for all of us to think about. In the parlance of management I think it is important that organisations and archives incorporate it into their BAU (Business as Usual) efforts, so it’s something I’ll try to keep doing in one way or another in my future endeavours.

So… that’s it I guess. Writers block? There were a few more words there than I thought after all.