Writer of the month: Dominic Sandbrook

People often think that writing about very recent history is much easier than writing about, say, the Anglo-Saxons, because there are simply so many more sources. There’s some truth in that, but there are drawbacks, too. As the furore over Lady Thatcher’s funeral suggests, most of us find it hard to contemplate events in living memory with the scholarly detachment that we might bring to the distant past. Even very recent events, such as the Winter of Discontent, the Falklands War and the 1984 miners’ strike, are now laden down with all sort of ideological baggage and journalistic mythology.

Seasons in the Sun

And for anybody writing about contemporary history, there is also the problem of sheer abundance. Even if you limited yourself to the documents at The National Archives, one lifetime would not be enough to read everything.

Yet if you pick and choose carefully, there are gems. The Winter of Discontent in late 1978 and early 1979, for example, is one of the most controversial episodes in our recent history. The wave of strikes broke the back of Jim Callaghan’s Labour government and opened the way for Margaret Thatcher; for the next two decades, Conservative adverts played on public fears that it could happen again. Perhaps not surprisingly, therefore, many historians have been keen to look behind the headlines in Conservative-supporting papers, and to downplay the extent of the industrial turmoil. Was it, they ask, really all that bad? Wasn’t it just, as one historian put its, a ‘constructed crisis’?

Well, when you read the file PREM 16/2128, which contains the relevant papers that came into Jim Callaghan’s office at Number 10, you realise that this wasn’t a constructed crisis at all. The tone is astonishingly bleak: on Monday 15 January 1979, for example, the Ministry of Agriculture reports that thanks to the lorry-drivers’ strike, there are severe shortages of ‘sugar, butter, salt, breakfast cereals, biscuits and margarine’ in the nation’s supermarkets. In Scotland, processed and frozen foods have largely disappeared from the shelves. And in industry, the disruption of ICI deliveries is affecting the production of ‘textiles, footwear, paper, pharmaceuticals, aircraft manufacture and other chemical and plastic manufacture’.

The next day, Callaghan’s civil service briefing tells him that ‘the general situation is getting worse,’ with even Sainsbury’s and Marks and Spencer, those twin pillars of the British high street, running out of food. And on Wednesday, the Department of Transport reports that many shops are completely out of ‘salt, sugar, tea, butter and margarine’, while ‘in the North West Tesco tinned foods are no longer available’.

But when Callaghan calls a Cabinet meeting, his colleagues seem paralysed, unable to act for fear of infuriating the trade unions. Instead, they agree to ‘tip a wink to the road haulage employers’, allowing them to increase prices so that they can afford to give their drivers more. Exasperated, Callaghan’s Transport Secretary, Bill Rodgers – who would later leave Labour to set up the SDP – sends him a private note, preserved in the Prime Minister’s papers and now open for all to see. ‘I assume that the Government must stand and fight somewhere and at sometime,’ Rodgers wrote bitterly. ‘But in this case the Government is not even in the front line.’

In this instance, then, the documents confirm the initial impression of a government floundering helplessly in the face of industrial action. But the archives can often surprise you, too. For example, it’s commonly thought that Margaret Thatcher loathed both football and Liverpool. But then how do you explain her handwritten letter to Liverpool’s captain Emlyn Hughes on 27 February 1978, preserved in her private papers at Churchill College, Cambridge? 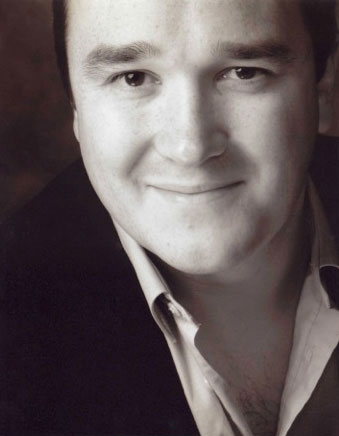 Hughes has just captained the Reds to victory over Manchester United, and the Iron Lady is over the moon. ‘I rejoiced with you,’ she writes, adding that she ‘watched it on Match of the Day, but without knowing the score. At first it was agony seeing the near-misses – almost as bad for me watching as for you playing!’ Signing off, she betrays a bizarrely close knowledge of Liverpool’s forthcoming fixtures: ‘No reply – you will be far too busy preparing for the next round of the European Cup.’

If there is a stranger or more inexplicable document in modern British history, I have never seen it. Margaret Thatcher, Liverpool fan. Whoever would have thought it?