Women’s rights: Keeping up appearances or winning the war?

Happy International Women’s Day! We have an amazing array of records relating to women’s history here at The National Archives and so what better way to celebrate than to showcase some of our records? There are documents which played a huge part in the establishment of women’s’ rights through to our more puzzling and bizarre records on women’s appearance.

Prompted by the recent debate in the media following Hilary Mantel’s comments on the Duchess of Cambridge, I was particularly interested to see how the image of women, not just female royals, has developed over the course of recent history.

A matter of class?

The National Archives holds a prison record on Lady Constance Lytton (catalogue reference: HO 144/1054/187986), one of the many suffragettes imprisoned whilst campaigning for Votes for Women.

Lady Constance disguised herself as a poor seamstress using the nom de guerre Jane Warton in order to avoid special treatment and privileges because of her family title. Using this appearance, it helped her to highlight the inequality between classes of women and the need for prison reform.

Also in The National Archives’ collection is a bizarre photograph dated 1898 entitled ‘Photograph of twenty female heads…being Portraits of a few of the 60 poor women (with and without teeth) who were supplied by Mr V C Mallan with a set of teeth as a Jubilee Gift’ (catalogue reference: COPY 1/435/862) which part of a Copyright Application form. Why this was thought to be an ideal Jubilee gift, I have no idea, but it is fascinating to consider how these working class women were portrayed. 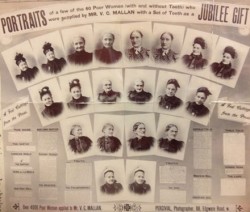 Photograph of twenty female heads…being ‘Portraits of a few of the 60 poor women (with and without teeth) who were supplied by Mr V C Mallan with a set of teeth as a Jubilee Gift’ (catalogue reference: COPY 1/435/862)

There is also an amusing Home Office record called ‘liquor licensing: public house licensees refusing to serve women unaccompanied by gentleman’ (catalogue ref: HO 45/19649). One incident in 1943 concerned two married ladies who complained that a pub refused to serve them because they were not accompanied by a gentleman and were offended by what that implied. According to an official communication from the Home Office, the reason why women were not allowed in some pubs was because in large cities some public houses find it ‘necessary to impose such a rule to avoid becoming haunts of women of undesirable type…’ You can imagine the Monty Python sketch for that one. 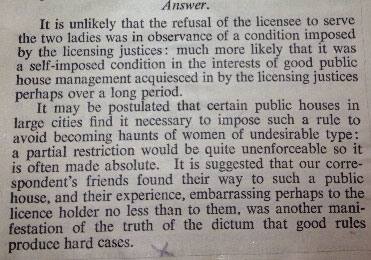 Continuing the theme of appearance, there are some fascinating records from the British Railway Board including the file in 1964 entitled ‘Proposal for prettiest commuter competition’ (catalogue reference: AN 111/452). Their publicity unit proposed the competition as a way of ‘whipping up interest in railway travel’. Fortunately, they decided this was rather ‘hackneyed’ and suggested, jokingly you would assume, that perhaps any award should go to ‘whoever suffered longest from our inadequate services’. Now that sounds like a much better idea and one I think we’d all sign up for today. 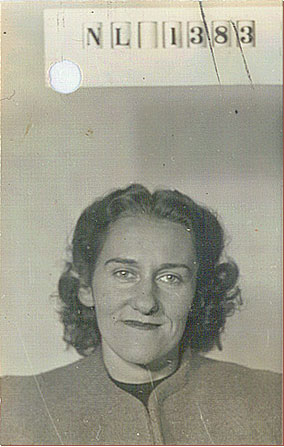 It’s true that appearances have resulted in prejudices, stereotypes and inequality. However, in many of these cases they have been turned around to be a great help in advancing women’s equality.

Ben MacIntyre, our January Writer of the Month, highlighted the major role that ‘appearances’ played in the Second World War in his talk and blog on Double Cross. Winning the war was not just the achievement of millions of incredibly brave soldiers but also a number of courageous female and male spies that needed to ‘keep up appearances’ so that they were not discovered to be double agents. Nathalie Sergueiew, alias ‘Treasure’ (pictured right) and Violette Szabo (who incidentally was commemorated as a local hero on the £20 Brixton Pound note in 2011), relied enormously on appearances to manipulate the German intelligence to our advantage to eventually win the war. 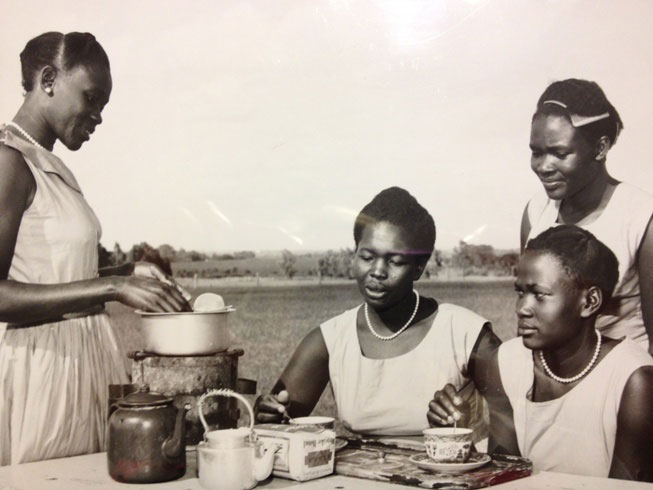 To win the war on equality the lessons of history suggest that we must rely on appearances and turn them to our advantage.  I could go on discussing this issue but I will end it here with an amazing photograph from our collection. The information on the reverse of the photograph reads: ‘Kenyan Women’s Clubs and the Kenya’s Women’s Progress Movement (Maendeleo ya Wanake), which started in 1952 and had over 1,000 affiliated clubs, with an estimated 43,000 members all over the country’ (as recorded in 1962).