The short days are beginning to fade and the lighter, longer days are on the way: hooray! At this time of the year, I always feel as though I have been away through that famous wardrobe to the land of Narnia, or stepped out of Dr Who’s Tardis after a dreamy adventure.

Coming back down to earth and easing into spring, it’s time to wake up and smell the coffee. Easter bunnies and chocolate eggs are just around the corner! It’s also Women’s History Month, and at The National Archives we are celebrating the history of women from different historical periods throughout the 20th century.

I have always been amazed at the contribution and courage of women who served in the Second World War, not only on the front line (Women’s Royal Naval Service, Women’s Auxiliary Air Force and Auxiliary Territorial Service) but also the land and factory girls, throwing away the oven gloves for pitch forks and parachutes. 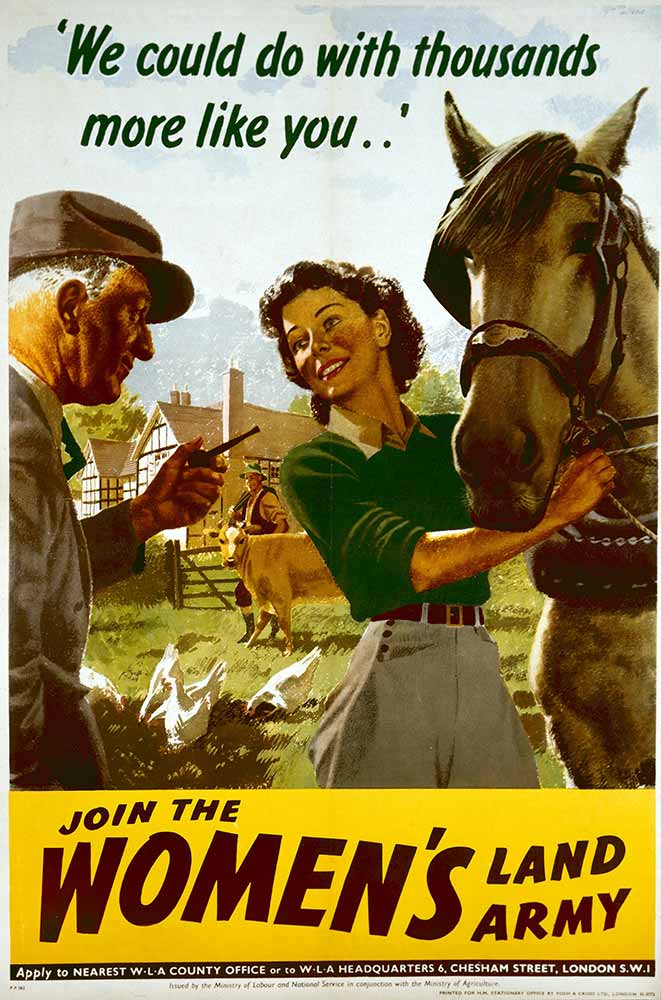 I was channel-hopping the other day and came across the film ‘The Land Girls’, made in 1998 and starring Anna Friel. It is a light-hearted, romantic comedy about women working on a farm during the war years. In the real world, The Land Girls by Joan Mant describes a life outdoors that is more than harsh and less romantic. Eating raw potatoes and bathing in milk sterilisers were some of the realities these girls had to face. There are over 300 actual stories from ‘land girls’ who got their hands dirty to put food on plates. They endured the rigors of 04:00 starts in Spartan conditions with accidents on the farm, some of them fatal.

We must not forget those war efforts behind enemy lines, remembering the lives of female spies and secret agents of the Second World War. The Women Who Spied for Britain is a book you just can’t put down! Trying to understand the kind of personality a women would have to have had in order to succeed (or not) in clandestine operations against the enemy is fascinating. Its descriptive detail gives you an insight into the courage of these women, from beauty queen to princess; their work with occupied Europe; their triumphs; and some horrific tragedies.

To find stories closer to home, pick up a copy of Tracing Your Service Women Ancestors by Pen and Sword. It is an essential guide for anyone researching women who served alongside the armed forces between 1840 and 1930. It provides you with various sources for tracing your ancestor(s). You never know, Auntie Flo might have been ‘Captain Fantastic’ in the First or Second World War! Your children may also discover a new passion for history in trying to find out how brave their relatives were.

Come and visit us on Friday 4 March (14:00-15:00) when Jacky Hyams (a renowned journalist and non-fiction writer) will talk about the Spitfire Girls, an elite group of civilian women flying military aeroplanes from factory to airfield, risking their lives during the Second World War.  My grandmother use to captivate me as a child with stories of doodle bugs, unexploded bombs and my mother being born under the stairs in an air raid. However, the ‘wow’ factor (for me) from these spirited planes came while watching Ewan McGregor and his brother, an ex-RAF pilot, take to the skies and experience the nostalgic flight of the ‘Spitfire’ over the cliffs of Dover! One for the bucket list, chaps, and ‘chocks away’! 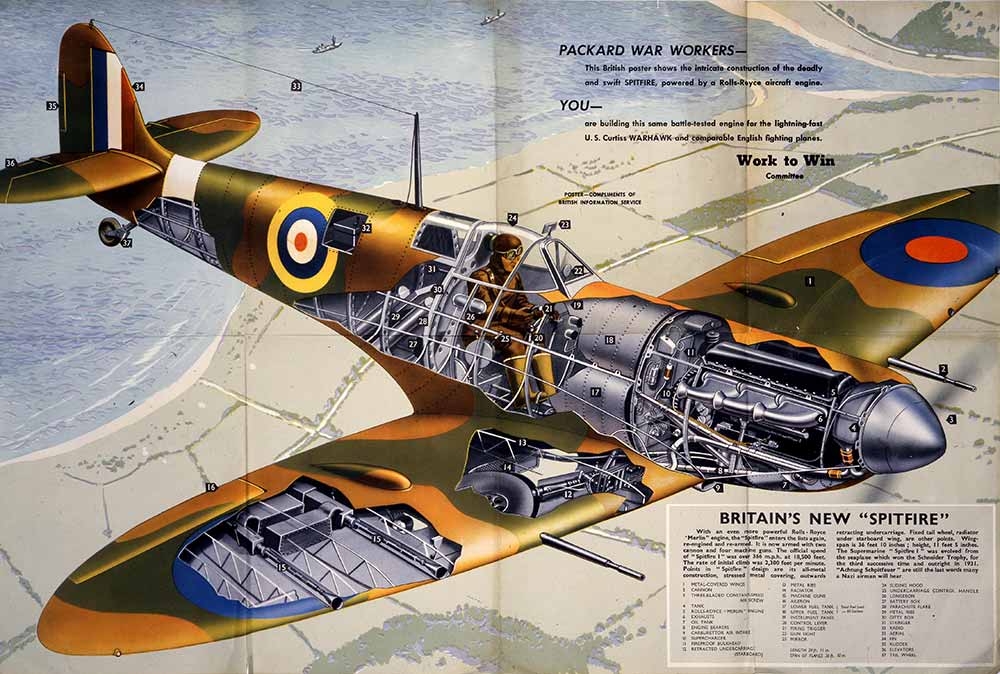 For more about this iconic plane that dominated the skies in the Battle of Britain, read Spitfire Voices by Dilip Sarkar (Amberley Publishing). It is a documented oral history from the perspectives of Spitfire pilots, and an absorbing collection of writing from personal letters, diaries and memories. It holds accounts of air combat, dogfights to ground attack, deck-landings, crashes and bail-outs, victories and defeats. There are photographs of the pilots themselves and their personal accounts, to put you in the picture, so to speak.

There’s also Spitfire Pilot written by Roger Hall, a 152 Squadron Spitfire pilot, who fought in the Battle of Britain. He shares his memories of that most historical day over the English Channel and describes the reality of war in the sky.

And if you don’t want to read a book, grab a cup of tomato soup and get to work on our 1000 piece Haynes jigsaw puzzle of the skeletal outline of a spitfire plane.