Wine: A taste of the archive

The National Archives has recently hosted two wine tasting sessions. This may seem a strange type of event for an archive to hold, until you think of the records the Government has collected over the years.

The idea for this new event came when I decided to put ‘wine’ (the search term, not actual grape juice) in to Discovery, the catalogue. I was surprised at just how many results this simple search returned – more than 11,000 results. And this number represents just the records catalogued with the term ‘wine’ – if you then add to this a search of the State Papers online, plus Foreign and Colonial Office and Customs and Excise files where records are not indexed online, the number of files you could find is vast.

Not only did this suggest to me that there was potential for us to hold a wine event, but it also made me think that we could provide a new way for users of The National Archives to sample what we do here. 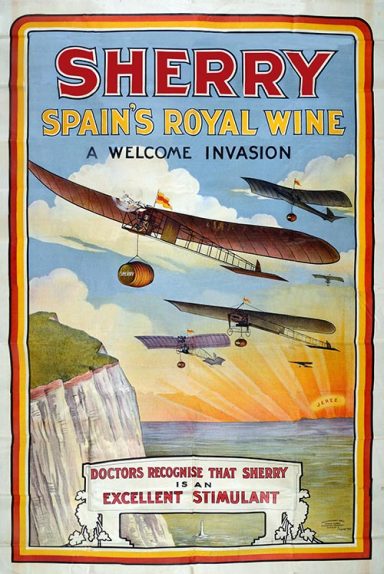 It was the Dutch who first started producing wine in the Cape of Good Hope during the mid-1600s. Wine was supposedly a cure for scurvy among sailors as they stopped off at the Cape on voyages between the East Indies to Europe. (And this probably explains today why I don’t have scurvy!).

The Sessional Papers from the 1860s (CO 51) include reports filed by the colonial botanist. During the middle of the 19th century, vines across Europe were devastated by an aphid, Phylloxera, which we know now attacks and eats the roots of vines, but at the time was an unknown and unseen killer of vines. The botanist’s reports highlight the effects the disease was having on the wine industry.

The Sessional Papers also record details of the accounts on wine duty, and the amount of wine that duty was paid on. The doubling of taxes or duty on wine and spirits was the reason that between 300 and 400 wine growers, producers and suppliers petitioned the Colonial Office in the early 19th century – a petition which you can see in T 1/3511.

Spanish and Portuguese wines and documents

State Papers hold a vast amount of information on the import and consumption of wines, which came mainly from France, but they also include mentions of Constantia (Cape sweet wine), Sherry and Port. In 1668 Sir Richard Southwell wrote about white Oporto wine, which was to be sent to the Earl of Arlington.

Sherry was imported for the first time following an Act of Parliament in 1669. This was mentioned in State Papers Domestic correspondence (SP 29/257 folio 31). You’ll find the Act among the Parliamentary Archives, but The National Archives holds the enrolled copy in Chancery papers C 65/212.

One particular iconic document regarding the trade in Port has to be the Methuen Treaty (SP 108/391). This military and commercial treaty agreed that duty on Portuguese wine imported in to England carried a third less duty than French wine – it also set the cost of wool exported from England to Portugal. The ratification of the commercial treaty – which is ornate with a silver skippet (the container to protect the Seal) – can be found in SP 108/393.

Britain has long retained friendly relations with Portugal. In 1807, during the Peninsular War with France and Spain, the Royal Navy transported the Portuguese Royal Court to Brazil. The Court returned to Portugal in 1821; by 1824 Brazil was a newly-declared independent state under Pedro I. This new freedom from Portuguese restrictions on wine production allowed European investment – mainly German and Italian – to grow the wine and grape industry.

The tasting sessions were led by Pippa Hayward, who is a specialist wine advisor at The Good Wine Shop in Kew; she is also a wine educator and travel guide. She talked about the wines, including their history and their region of origin, told us about South African parrots and chocolate (The Chocolate Block), and introduced the tasters to various South African grape regions. Her first-hand experience and knowledge of the wines and regions helped bring the wines to life. 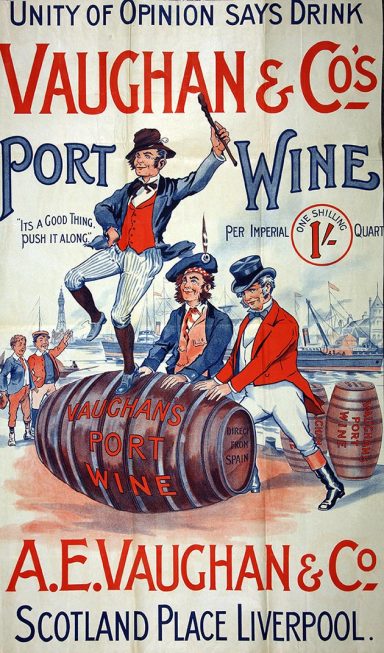 Pippa’s favourite wine region is Spain, and you can’t go wrong with a Rioja, whether red or white (that’s my view anyway). The tasting re-introduced us to Sherry, which is gradually growing in popularity again and becoming a drink for all ages. We weren’t tasting the sweet Crofts Original or Bristol Cream variety, but instead some fine dry Fino and Manzanilla, followed by Madeira and Port. A fine blend of aperitif and digestif for those social occasions, or maybe just a midweek pick-me-up.

Hosting a wine tasting in an archive may seem a strange way (albeit a novel one) of approaching research and history. But in fact, exploring documents alongside wines proved to be an ideal and innovative way of bringing people and history together. We hope to hold further wine tastings in the future, and mix history with a social experience.

Please note: None of the documents were allowed anywhere near the wine, but were well over 18 years of age (in accordance with drinkaware.co.uk guidelines).