Set cookie preferences
Home > Blog > #WW1archives: we will remember them

#WW1archives: we will remember them

As part of Explore Your Archive week, today we are marking Remembrance Day and the First World War centenary (#WW1archives)

We are asking you to commemorate and remember your First World War ancestors – share their stories and war experiences, whether they were on the home front or the Western front. Share your research stories and how archive collections helped piece together these stories.

The National Archives’ First World War collection comprises more than 10 million documents and traces the British state’s involvement in the war, from decisions made in Whitehall through to the front lines across the world. It includes some of the most iconic records of the war, along with some lesser-known pieces that convey the human impact of this historic conflict. Archives around the globe contain the war memories local to them, telling the experiences of towns, societies, companies and whole countries.

This year we are remembering our Tommies – we will be observing the two minute silence at 11.00 and will lay a poppy wreath alongside the war memorials in the reception area here at The National Archives. One memorial is a photograph of the original Public Record Office memorial which is located at our former Chancery Lane premises. The other is the original memorial for the staff of His Majesty’s Stationery Office (HMSO). These memorials were erected by colleagues of the men who had died during and just after the First World War, and list the names of around fifty men. 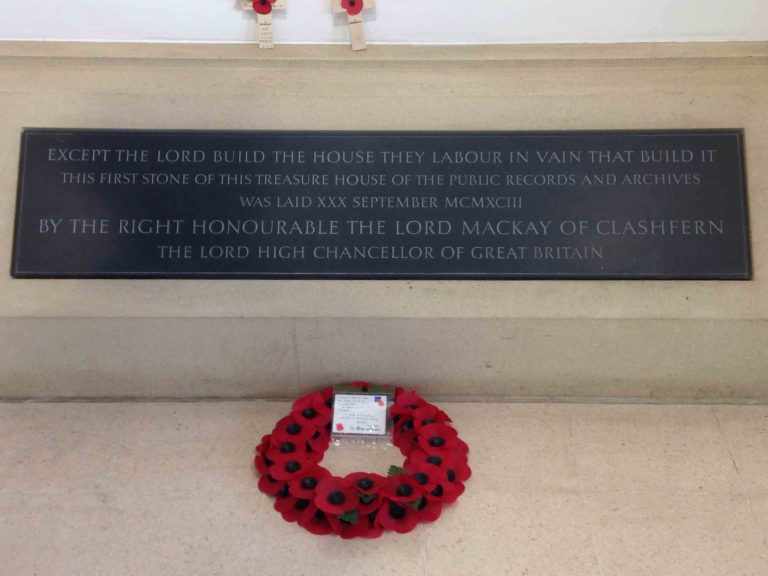 Records specialist Audrey Collins created a display of documents relating to these men, and gave a talk about the civil service in the First World War. This included a letter (below) from Pte Edwin Wetherall, a PRO clerk whose job was to conduct searches in the 1841 and 1851 censuses. 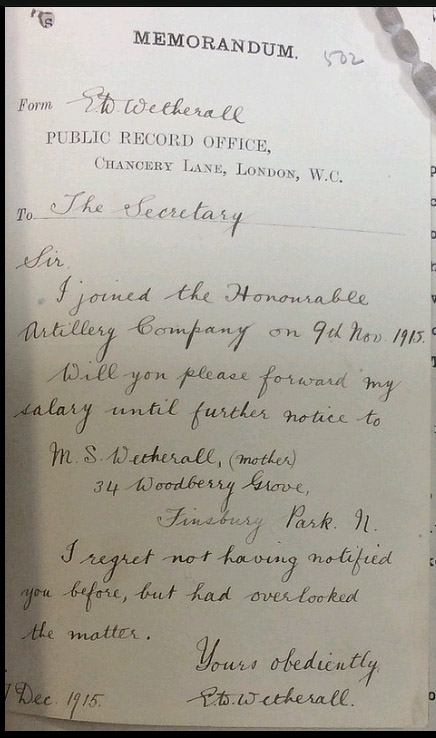 The Supreme Court Staff book (image below) had a double page for every established staff member, which noted any war service in red. 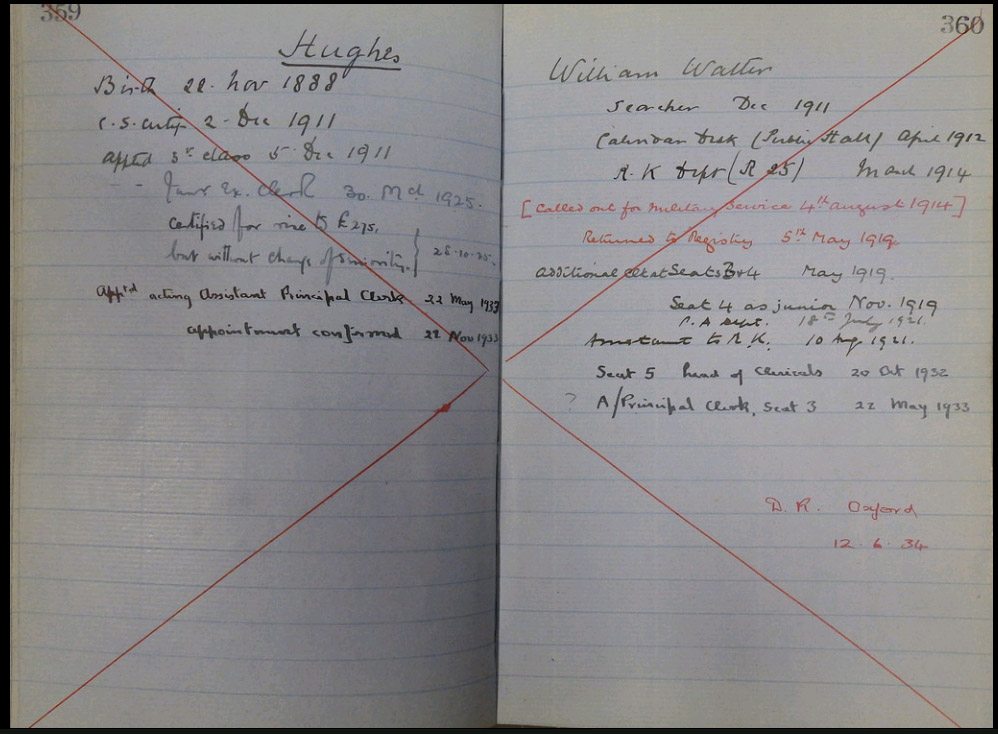