Home > Blog > What’s life like as a Bridging the Digital Gap trainee?

What’s life like as a Bridging the Digital Gap trainee? 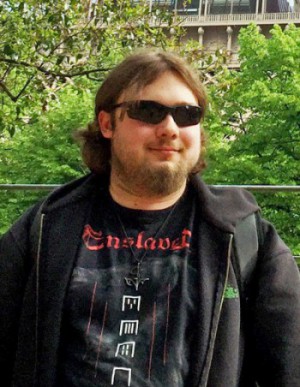 Greetings and salutations. I’m Jim and I’m a trainee digital archivist. ‘What’s that?’ I hear people ask a lot when I tell them what I do. In simple terms, I look after digital records and ensure they are preserved for both now and the future. Which is a lot more complicated than it sounds. I’ll get into that later, though.

I’m based at the Borthwick Institute for Archives at the University of York, as part of the ‘Bridging the Digital Gap‘ programme run by The National Archives.

I’m not from what you might call a typical archivist’s background, if I’m honest. I listen to extreme metal and come from a family of engineers and musicians. So, how on earth did archives and history enter the equation?

Well, that’s due to my sister. She’s an historian and is currently working towards finishing her PhD on the Pals Brigades in the First World War. She talked about visiting The National Archives several times, and I was dissatisfied working in a call centre for an energy company, so I applied for the scheme. I wasn’t expecting to hear anything, as I was quite left-field, but I then got an email – followed by an interview and phone call.

Fast forward to a few months later: here I am, sitting in an office without worrying if I sold enough boilers this week to hit my targets. Instead I’m doing something which I’ve found I love. Funny how life takes you places you never thought you’d end up.

So this is an archive

Prior to applying for this job, and even arriving for the interview, I had never been in an archive. I didn’t even know what one did beyond storing records and making them available for people to access. That has all changed now. Now I understand not only what they do, but also how important they are for preserving both past and future records. Digitally speaking, we have a digital archive, which I’ve been keeping tabs on.

The main challenges I faced in the first few weeks were related mostly to getting my head around the referencing used in catalogues, and some of the writing styles used in older texts. I still struggle to read some of the squiggles and lines, particularly if they’re in Latin as well. With time though, I believe I’ll be able to make sense of it all.

Working out where items are in the strongrooms is another minor challenge I’ve faced as I get more familiar with our archives. Things keep moving though, so it can be tough to keep up with it! 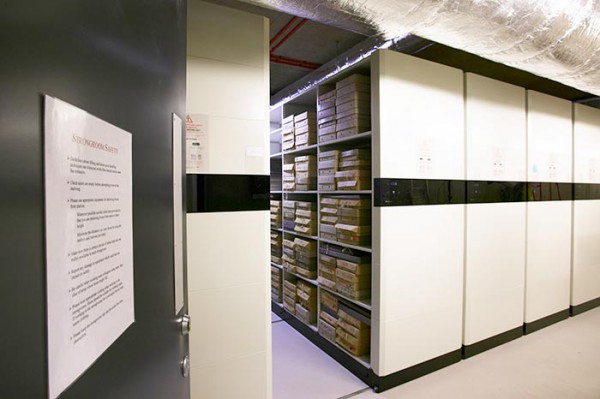 The main scope of Bridging the Digital Gap is to bring people from non-traditional backgrounds into the archives sector, and I think they’ve done that with the group I’m part of. There are eight of us based at archives in London, Norfolk, Hull, and York (where I am). We all met one another at the first initial training session, which we’re referring to as ‘basecamp’.

What was clear to me as we introduced ourselves to one another is just how diverse our backgrounds are. We all had some kind of technical ability with digital equipment; however, everyone had developed it doing different things. Michael (East Anglian Film Archive) and Jack (Hull History Centre) both come from a film and media production background, while Issy (UCL) has worked in museums. Despite our different backgrounds, we all got along really well, and I look forward to catching up with everyone at our next group training day.

On one of our basecamp days, we got to have a tour of the repositories and also see behind-the-scenes of some the projects currently going on there. One of the most interesting projects was the 3D printing of seals for documents, where the seals have become too damaged due to age and poor conditions prior to moving to a secure repository.

So what do I actually do?

So far, I’ve been working on maintaining the digital archive that currently exists at the Borthwick Institute and ensuring that nothing nefarious happens to it.

More recently, I’ve been working through some Richard Orton and Trevor Wishart audio archives, digitising the cassette tapes and working out what is on some of the un-named tapes. Being from an audio background, it’s been really good fun to work with the audio digitisation equipment and also to listen to some tapes that have content from several years ago. Working out what year they are from can sometimes be challenging though!

I’ve also been digitising case books and helping with the reprographics orders. The latter involves finding and making copies of probate records, wills and other items such as marriage bonds from the microfilms or, in some cases, the originals. As I mentioned earlier, some of the early probate registers have rather difficult handwriting to read, and being in Latin makes the task of finding the names all the more challenging.

Early probate registers can be difficult to read

Despite only being in post for just under five months now, I feel as though I have already learnt a considerable amount. There is always more to be learnt, and I feel that the archival industry will be going through a massive shift in the next few years as digital records start to become the norm. What we do with those records is key and I believe will shape not only the archives of the next few years, but also the next hundred years.