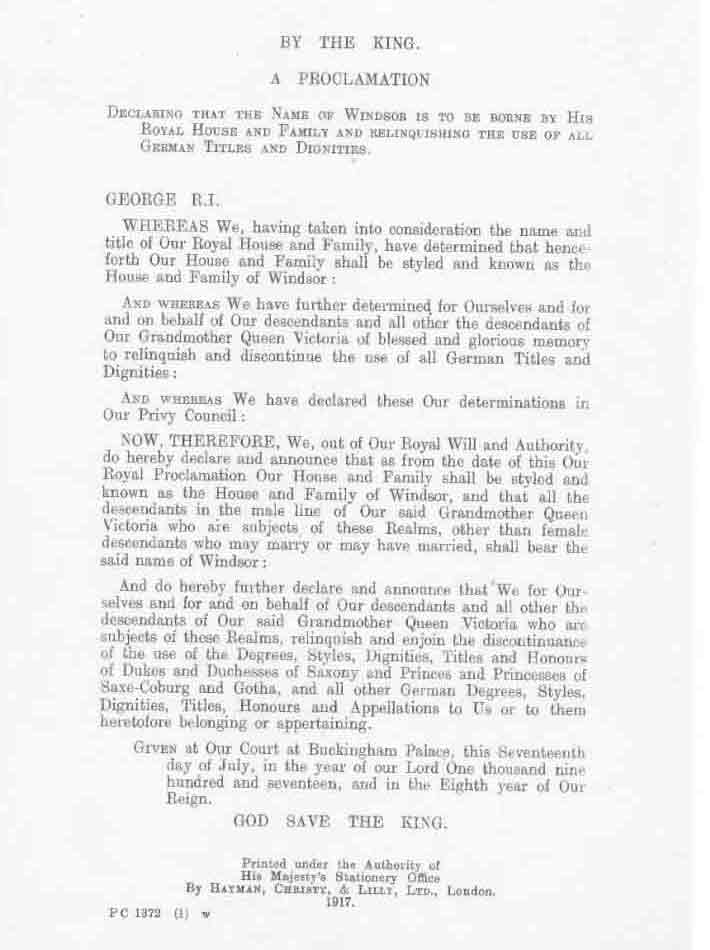 In July 1917 King George V issued a proclamation renouncing all German titles and dignities for himself and his descendants, and changed the name of the royal house and family to the house and family of Windsor.

All descendants in the male line of Queen Victoria, except daughters who had married, or were to marry, were also to have the new name of Windsor. The proclamation was issued from Buckingham Palace on 17 July 1917.

As Ernest II had no children, Victoria and Albert’s eldest son (the future Edward VII) was the heir to the duchy. Rather than have a personal union, as there had been between Hanover and Great Britain,  he renounced his rights to Saxe-Coburg-Gotha in favour of his brother; Prince Alfred, Duke of Edinburgh, became the reigning duke in 1894. Alfred’s only son predeceased him in 1899, and the next male heirs in line, Prince Arthur, Duke of Connaught and his son Prince Arthur of Connaught, both renounced their rights to the duchy.

The next heir was the son of Prince Leopold, Duke of Albany. Prince Charles Edward, 2nd Duke of Albany became the reigning duke of Saxe-Coburg-Gotha on his Uncle Alfred’s death in 1900. 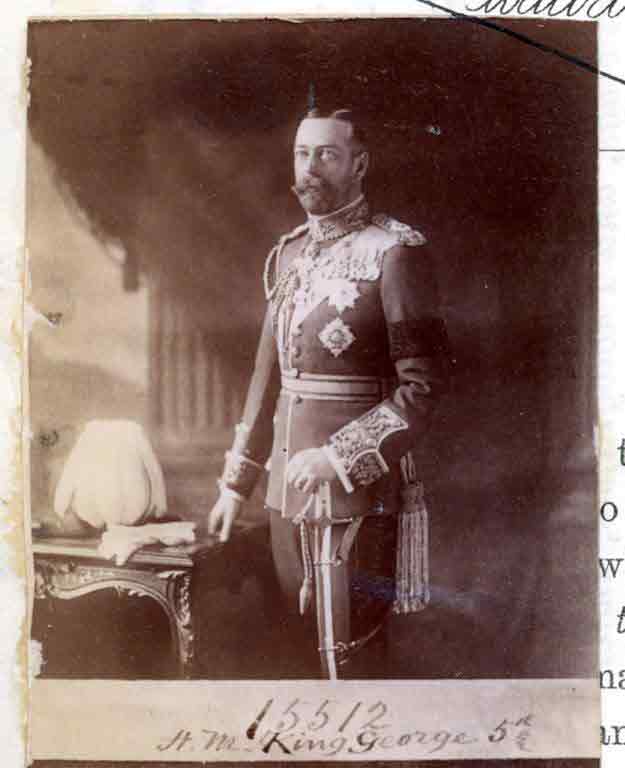 With the war, and understandable anti-German feeling in the UK, it was felt necessary for the royal family to renounce all German titles. A number of suggestions were made, usually recalling earlier royal houses. One such suggestion from the Duke of Connaught was Tudor-Stewart, but former Prime Ministers Lord Rosebery and Mr Asquith both felt this had ‘inauspicious associations’. Other names considered but swiftly rejected were ‘Plantagenet’, ‘York’, and ‘Lancaster’. ‘D’Este’ and ‘Fitzroy’ were also considered; even ‘England’ was suggested.

It was the King’s private secretary Lord Stamfordham who came up with the name ‘Windsor’, which had never been used before, and which was approved by the King. The proclamation was sent out from the Privy Council Office to other government departments and overseas to the dominions and colonies and was published in the press on the following day.