The wartime origins of plastic surgery

This blog contains images of injury some readers might find upsetting.

Before the First World War, plastic surgery was rarely practiced as a specialist area of study; in most circumstances, work was undertaken by whatever surgeon or specialist received the case.

The rise in the number of face mutilations from the Battle of the Somme onwards, as well as improvements in asepsis and general anaesthesia, encouraged the development of a separate medical speciality treating all kinds of superficial mutilation.

The person most linked to facial reconstruction in the First World War is Harold Gillies. Born in New Zealand, he studied medicine at Cambridge and qualified as a surgeon in the UK.

After heading to France to serve in the war with the Royal Army Medical Corps, Gillies met Charles Auguste Valadier, a dentist who was enthusiastic in trying to replace jaws which had been destroyed by gunshot wounds. It was then that he turned his attentions to plastic surgery of the face.

Gillies’ focus was on the aesthetic side: he wanted to make patients look as similar to their pre-injury state as possible. He was famed for his use of the tubed pedicle technique – only partially removing tissue from its original site so it retained a blood supply during transfer to another site – which allowed large quantities of still-living skin to be conveyed from one section of the body to the other.

Speaking in 1951, at the Festival of Britain, Gillies highlighted that this method had been accepted and utilised, developed and enhanced, in every country in the world. He also praised the plastic surgeons working at Sidcup in the First World War, saying that they ‘developed its use beyond all conception’ (WORK 25/23/A2/B2/158).

Sidcup refers to the hospital Gillies set up in 1917. Officially called The Queen’s Hospital at that time, we now know it as Queen Mary’s Hospital. Building began in February 1917, with a completion date of 5 months. Patients were admitted from the June, but the official opening wasn’t until 16 August.

Later that year, it was decided that The Queen’s Hospital should be the central military hospital for facial and jaw injuries, not only for the UK but also for all the Imperial Expeditionary Forces. The buildings were enlarged to accommodate 560 beds, and 6 smaller hospitals containing 450 beds became affiliated to it. In its first year, almost 12,000 facial injury cases were seen by staff at Sidcup.

Unfortunately, finding mentions of Sidcup in our records is somewhat akin to playing detective. Overall, we have very little in our collections relating to Sidcup and facial reconstruction from this period. The document quoting Gillies above was a relatively easy find: I searched his name in Discovery, our catalogue.

But other mentions appear in documents in PIN 26. Using the keyword ‘burns’ I was able to pick out some records and search the pages within for mentions of the hospital. 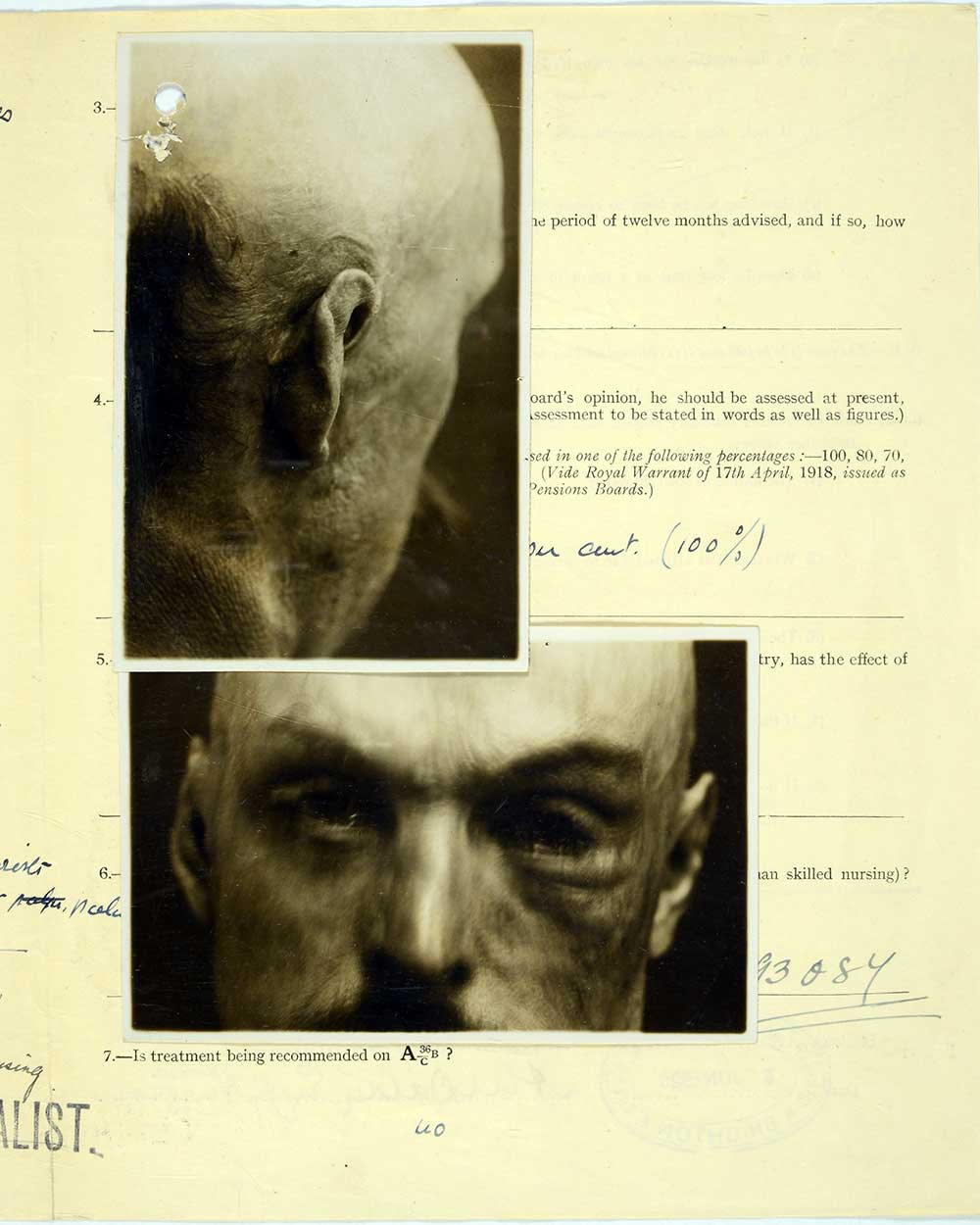 Rowland was suffering from burns of the face, both hands and left leg, caused by the backfiring of a gun. His records detail that he underwent three operations. The first two were described as ‘epithelial outlay’. This was one of the techniques that Gillies pioneered. It was a means of restoring function and appearance to reverted eyelids. The final operation is described as ‘plastic on left lower eyelid’. The burns which Rowland suffered clearly had a great effect on his vision, as the other description of his injuries is ‘defective vision’.

The other fascinating thing about Rowland’s file is that there are photographs of his face. These do not show the disfigurement clearly, but you are able to see the areas where the head was burnt.

Gillies was keen to push the boundaries of plastic surgery as far as he could. The most famous case where this went wrong is that of Henry Lumley.

A pilot, Lumley was admitted to Sidcup with horrific facial burns. Gillies attempted to take a massive face-shaped flap of skin from Lumley’s chest in order to resculpt his face. Unfortunately, the graft became infected and, unable to bear the trauma of surgery, Lumley died of heart failure. The lesson learnt from this was that plastic surgery had to be undertaken in smaller stages, instead of in one big operation. Gillies took this on board for all future operations. 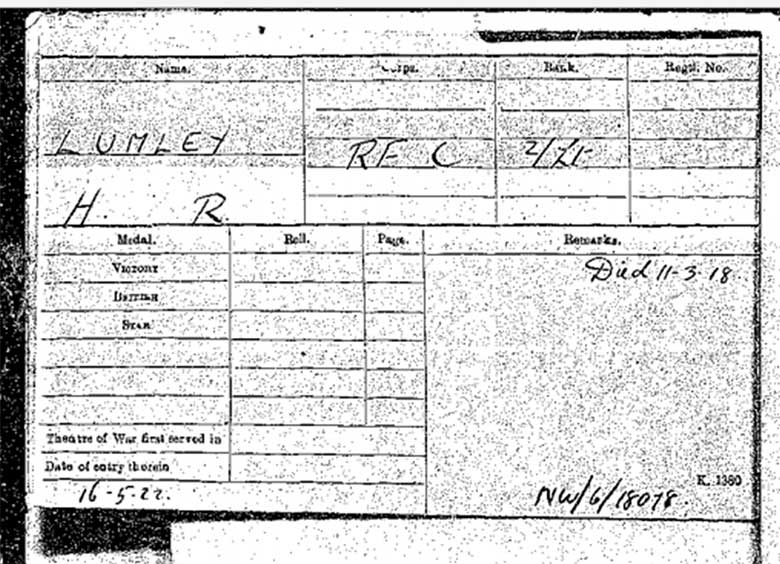 As the hospital officially opened around 100 years ago, it seemed appropriate to highlight some of the cases seen there, as well as the pioneering techniques developed and used during these war years – many of which are still of use today.

Gillies went on to undertake gender reassignment surgery, among other things; his work during the war drove the field of plastic surgery forward.

Dr Andrew Bamji will give a talk on this subject at The National Archives on 27 September – find out more and book.