Voices from the volumes

Today marks 55 years since Ghanaian independencewas declared, so it is an excellent day to highlight a cataloguing project of Gold Coast records (the former British colonial name for Ghana) I am currently working on with the help of some of our volunteers.

One of the most important things we do is try and make our collections as accessible as possible to people – both those who can visit us, and those who can’t. It is particularly important in some of the work I am involved in to recognise that we hold records that may be relevant to people who firstly may never have heard of us, and secondly may not think that our records will hold anything of interest to them.

Last year I began a project to look at a small section of one of our vast Colonial Office series and highlight the type of information held within it. The ‘Gold Coast 1900’ project is just this – it concentrates on one year in the history of Ghana, during one of the wars between the British and the Ashanti, known as ‘The War of the Golden Stool’.

With the help of some brilliant volunteers, 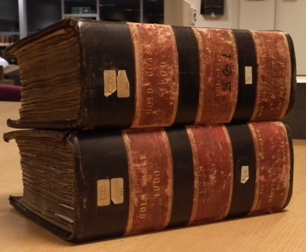 we are cataloguing what is within the huge volumes of correspondence between the British Governor of the Gold Coast and London for that year. This cataloguing work will be uploaded to our online Discovery service and allow anyone with internet access to see a more detailed description of what is within the original correspondence volumes. This will make available names, places and events that are currently only known when someone physically opens a volume.

So far the volunteers have turned up a wealth of information detailing the day to day running of the Colonial administration, but as the date of the material moves towards the war, details of the local resistance met by the British troops on their quest to take the Ashanti ‘Golden Stool’ begins in earnest. There are also reports of the failure of negotiations with the Ashanti Kings and the question of the perceived loyalty of certain Kings, reported as “fully armed and refusing to disperse.”

Through work like this, although on a relatively small scale, we get a glimpse of the people of the Gold Coast and their views. We have also found personal interactions with individuals such as the King of Bekwai, who also appears in the photographs available online through Africa through a lens, adding the voice of a character to this rare image! 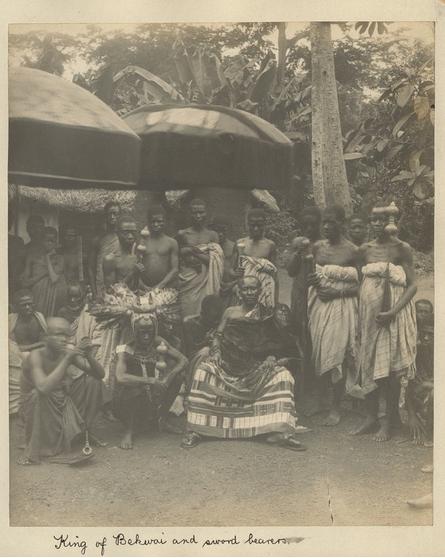 At the end of the project, the volunteers will be talking about their work at one of our public talks in May, which we will aim to podcast online for all. Keep an eye on our events page over the next few months for further information.