The National Archives of Australia and New Zealand Archives are rich sources of service and war records for the First World War. Their Discovering Anzacs website allows you to uncover the personal stories of service men and women through original archival records and dedicate a profile to their wartime journey.

In time for the centenary of the Gallipoli landings and to mark the contributions that Australia and New Zealand made to the war effort, we have begun to explore some of the stories connected to these two nations within our own collection.

Within War Office correspondence and papers (WO 98) we discovered the London Gazette citation for Arthur Percy Sullivan who was awarded the Victoria Cross. Sullivan was an Australian bank clerk who served in the First World War before volunteering to fight the Bolsheviks in northern Russia in 1919. He won the Victoria Cross for saving three men from a deep swamp under heavy fire.

A small annotation in our file says ‘run over at coronation’.  A search in the National Archives of Australia reveals Arthur’s military service file. From this we learn that in 1937 he came to the UK as part of the Australian Coronation Contingent. Sadly, he slipped on the pavement on Birdcage Walk in London, hit his head and subsequently died. A blue plaque commemorates his life on Birdcage Walk. 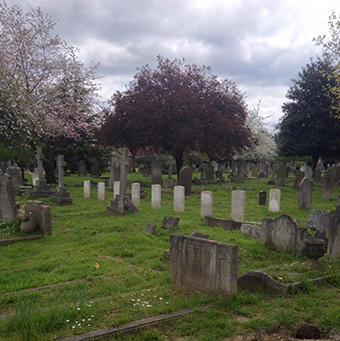 Tucked away in North Sheen cemetery, less than a mile from The National Archives, stands a row of war graves for Australian Munitions Workers. On the end stands a headstone for Ross Roseman.

A personnel dossier for Ross (Robert) Roseman is held by the National Archives of Australia. His papers are found within records of men who enlisted under a joint Australian Commonwealth Imperial Government scheme to provide skilled Australian workers to British war industries during the war.

Roseman was a plasterer, and from his volunteer enrolment form it is clear that he was born in Holywood, Ireland.  You can see Roseman on the October 1917 passenger list, along with a whole page of other passengers from Australia who are noted as ‘labourers on government service’. 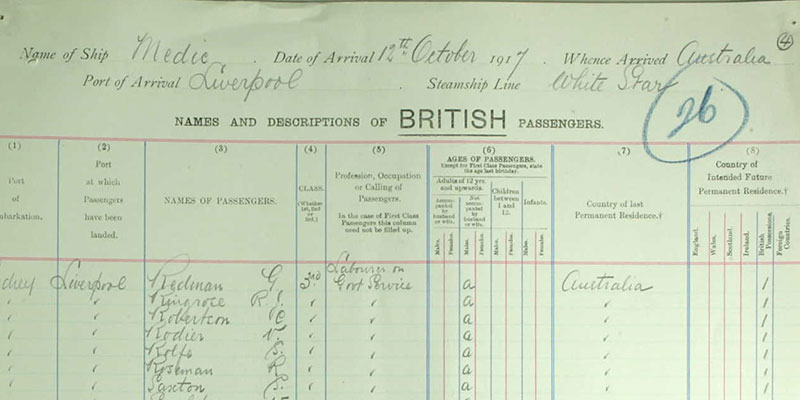 By searching outbound passenger lists, we can also see that Roseman only moved to Australia in 1914. 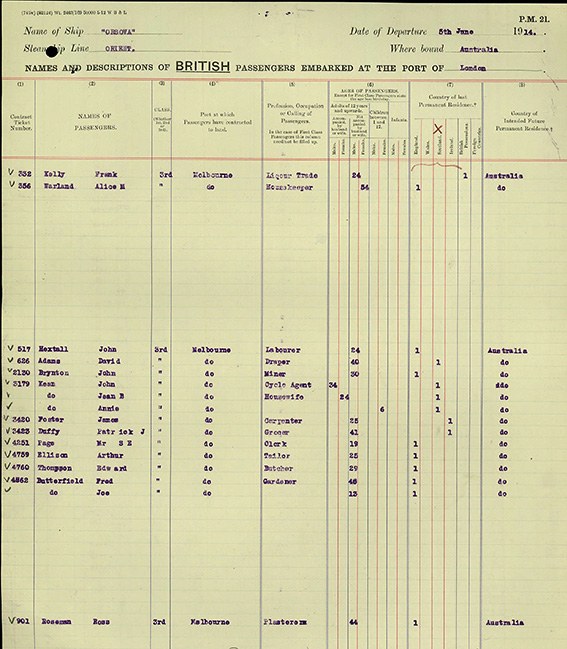 It’s also possible to find Ross Roseman in the 1911 Census. However, he seems to be a lot older in 1911 than he was in 1917 when volunteering as a war worker. It could be possible that he lied about his age, as the scheme was only open to those aged between 21 and 50. 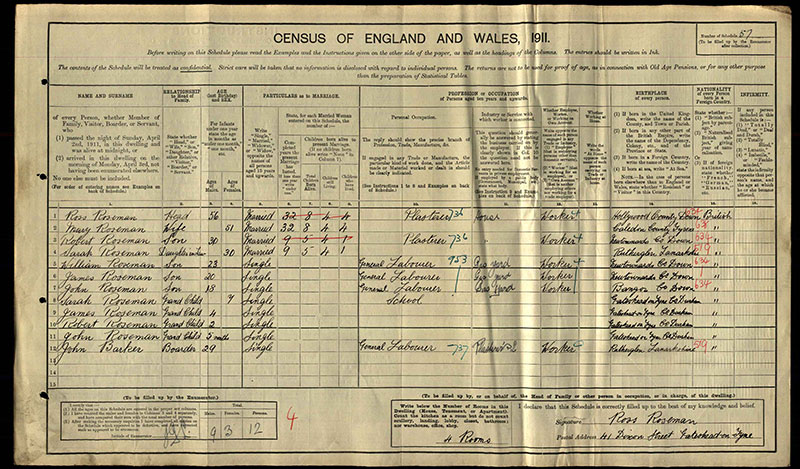 We’ll share more stories as we find them and would love to hear in the comments below if you have discovered any unexpected stories related to Australia or New Zealand within your First World War research.