Last November I blogged that the UK had been ranked first in the world for open data readiness by the World Wide Web Foundation. The emphasis was on readiness, because the report recognised that although many countries (including the UK) have lots of information available online, much of it couldn’t be easily re-used because it wasn’t truly open. A lot of it was in PDF form or spreadsheets which present obstacles to re-use. To be truly open, information needs to be published in bulk, machine readable, with metadata, under an open licence.

Happily we have retained our top spot for open data readiness in spite of some obstacles.

The UK falls into the ‘high-capacity’ cluster of countries, including the other top four ranked countries: US, Sweden, France and New Zealand. We achieved 100% in all but one category.

The report found that: 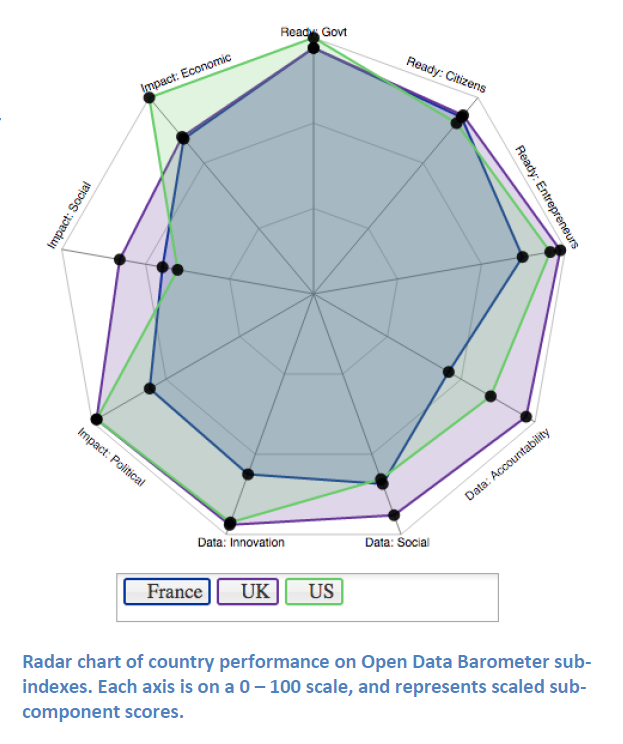 Where can we improve?

The Barometer noted that some of the UK’s flagship data sets such as government transactional spending are often out of date. That suggests that the civil value of information is not able to be maximised.

We can also improve our economic benefits by making government information genuinely open. This means providing it in formats that are easy to re-use.

Finally, the report suggests making all UK government information open data – in practice that would include valuable datasets such as those held by Companies House and Ordnance Survey.

Looking to the future

The main values of open data, and re-use of information, will remain as a trio of positive outcomes:

So perhaps we at The National Archives aren’t such an odd combination at all. Promoting re-use of public sector information can benefit us all, from civil servants to the general public to the government itself. Re-use is easiest when information of any type is open.

Until the Barometer third edition…