Transgender visibility in our collections

Today, 31 March, is International Transgender Day of Visibility, a day that is vital to raising awareness of trans struggles and celebrating trans lives. This post will highlight transgender histories it is possible to find in a government archive, in an attempt to increase the visibility of gender identity in the past, as well as the present day. 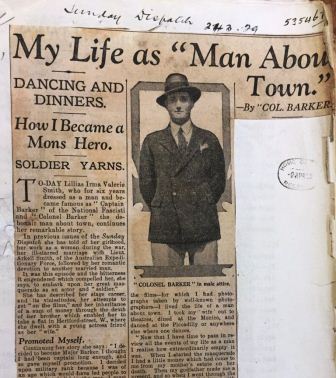 In this post I will use the term trans as an umbrella term to cover a range of identities including transgender, transsexual and non-binary gender identities. I will particularly be using this terminology as it is impossible to know how people in the past would have chosen to identify their gender. Our collection covers 1000 years, and times before current terminology existed and before the visibility of other people defying the binary.

While the history of gender identity has traditionally been included in LGBT history it has gained less attention. If lesbian, gay and bisexual history is conventionally seen as a ‘hidden history’, the history of trans identifying individuals is even more outside of mainstream historical narratives. And yet there have always been people living and experiencing gender variation.

While this is still a growing field of research the state has always been interested in that which was seen to be outside of the ‘norm’, from individuals cross dressing to those seen to be questioning state institutions such as marriage.

It’s not fair to read contemporary identities into the past, in times before current understanding of gender and current terminology existed. However, it is possible to recognise people who chose to question gender norms, or actively lived their lives as a different gender to the one they were assigned at birth. Ideally we would be able to ask people in the past how they identified; what pronouns they would prefer?

One of the earliest examples of gender nonconformity in our collection is the calling card and letters written by Chevalier d’Eon (1728 – 1810). D’Eon was a French diplomat, spy and soldier who fought in the Seven Years’ War in the 18th century. Due to their interaction with government there are multiple items in our collection in relation d’Eon. 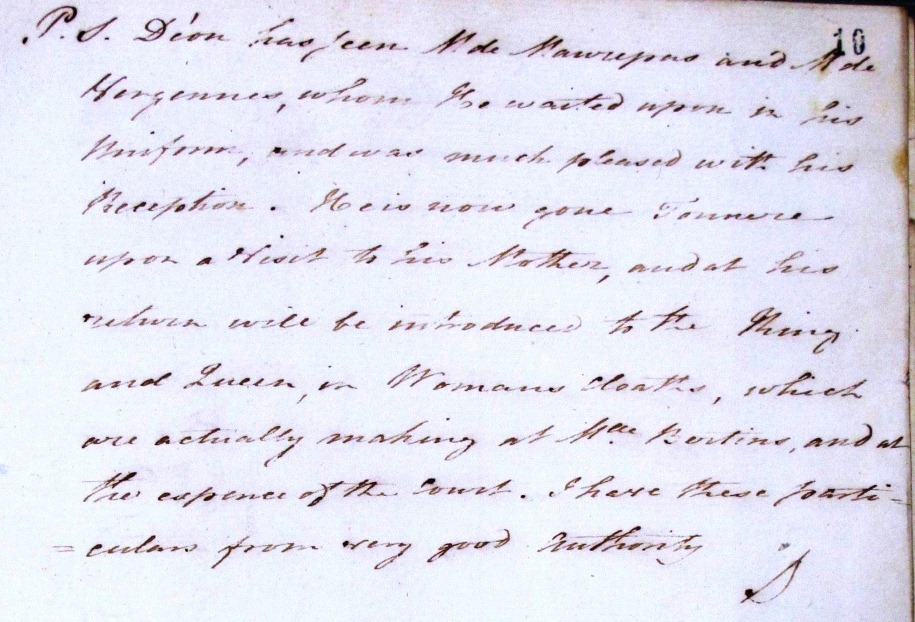 State Papers stating Chevalier D’Eon is to be introduced to the king and queen in ‘woman’s clothes’ (catalogue reference: SP 78/304/4)

This particular letter comments that d’Eon is to be introduced to the King and Queen in women’s clothes (SP 78/304/4). D’Eon lived as a man in France, but was later banished to England on the condition they lived as a woman.

We have these records not because of their gender identity but because of d’Eon’s role working as a diplomat.

Alternatively there is Colonel Barker, known at various times under alternative names. Barker lived their early life as a woman. Indeed this is where our records first pick them up, under the name L S Valerie Arkell-Smith in the early days of the Women’s Royal Air force (AIR 80/224/66). 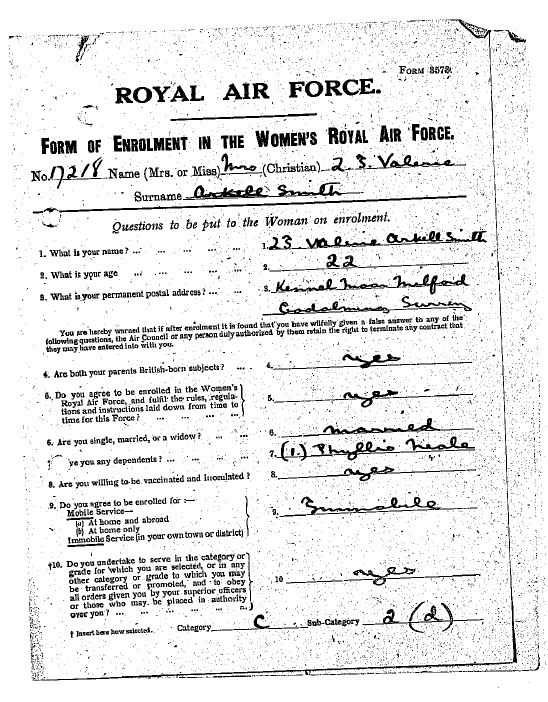 However by 1923 they were living as a man, and married their female partner Miss Elfreda Emma Haward at Brighton on 14 Nov 1923. The records relating to the illegality of the marriage can be found in state records. The Metropolitan Police saw this as a woman marrying another women and therefore determined it was a false entry in the marriage register by Barker (MEPO 3/439).

Furthermore Barker was arrested and put in male prison for bankruptcy, only to be moved to a female prison on investigation. Again this is a source of interest for the authorities, who saw it as a female masquerading as a male prisoner.

While numerous documents pick up on masquerading, alone it was not deemed a criminal offence. It is due to Barker’s other interactions with the law that their gender nonconformity was challenged.

More recently, state policy has been influenced by the concepts of gender changing, with pensions and benefits being affected by legal gender reassignment (affecting the age people can claim).

Dr Louise Chambers has researched this topic – you can find her talks on the subject on our website:

Much more recently, the Gender Recognition Act 2004 was accessioned to our collections (C 65/7811). This Act of Parliament was monumental in enabling people that identify as trans to change their legal gender. It came after much agitation by trans support groups.

The Act gives trans people legal recognition as members of the sex appropriate to their gender, allowing them to acquire a new birth certificate, affording them full recognition of their acquired sex in law for all purposes.

It can be a difficult area to research, but through using the right key words it is possible to start to reveal a wealth of hidden history. As language has changed different key words are relevant for different periods, from ‘masquerading’ in the early 20th century, ‘hermaphrodite’ (for those born intersex) in the 19th century to ‘sex-change’ in the later 20th century.

For International Transgender Day of Visibility this year it would be great to see this area of research develop and for researchers to share their findings to continue to help develop trans visibility in the past.