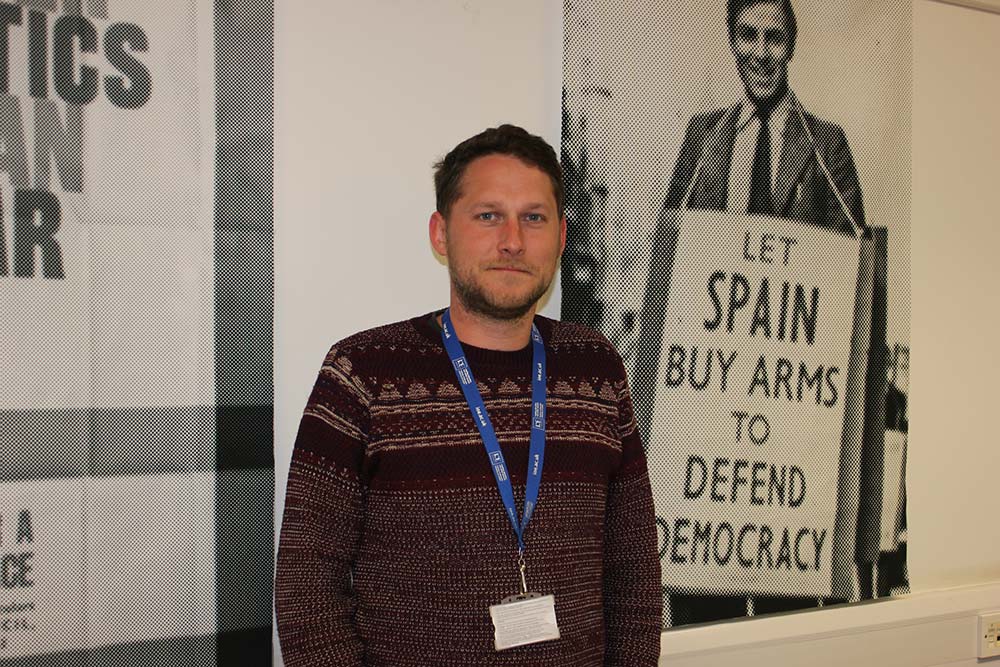 Anthony Day in the Reading Room at the UCL Institute of Education, Newsam Library and Archives

Over the last year, I have been part of the National Archives Transforming Archives traineeship at the UCL Institute of Education. The focus of my traineeship has been digitisation and digital preservation. Beyond this, I have also engaged in wide variety of jobs within the team, including several cataloguing projects, reading room supervision, working with volunteers, assisting in teaching sessions and helping to organise and appraise new collections. This has been a well-rounded and challenging year. I have gained a real appreciation and understanding for the role of the archivist and feel well prepared for embarking on the next stage of my career.

Before starting the traineeship, I worked in a variety of contexts, from training as a photographic printer to running a record label, before I ended up working in libraries. I really had no idea what an archivist did, but when I discovered it as a potential career I felt it was a perfect combination of my interest in the study of history and my lifelong fascination with collections and collecting. From this point on I was keen to learn more and more about archives. Prior to this role, I volunteered at the Ahmed Iqbal Ullah Race Relations Archive and Archives+, both in Manchester.

One of the great experiences of this traineeship has been engaging with the archive materials. The collections at the Institute of Education have opened up a whole area of history of which I was previously unaware. With the majority of collections documenting education in the 20th century, they tell various stories about education policy and philosophy. From the idealism of open air schooling to the radicalism of organisations such as the Socialist Teachers Alliance, these collections show how education is a highly contested subject which can tell us a great deal about the political and social history of this country. I also discovered that discussions about children’s futures were rendered through more subtle forms, such as handwriting and architecture, which were means of creating attitudinal and environmental changes to how children learned. It has been a real privilege to be able to engage with this material on a daily basis (I still can’t quite believe this is an actual real job that you get paid for!) and I will be moving on from this role convinced that understanding, looking after and sharing these stories plays a vital role in our society. 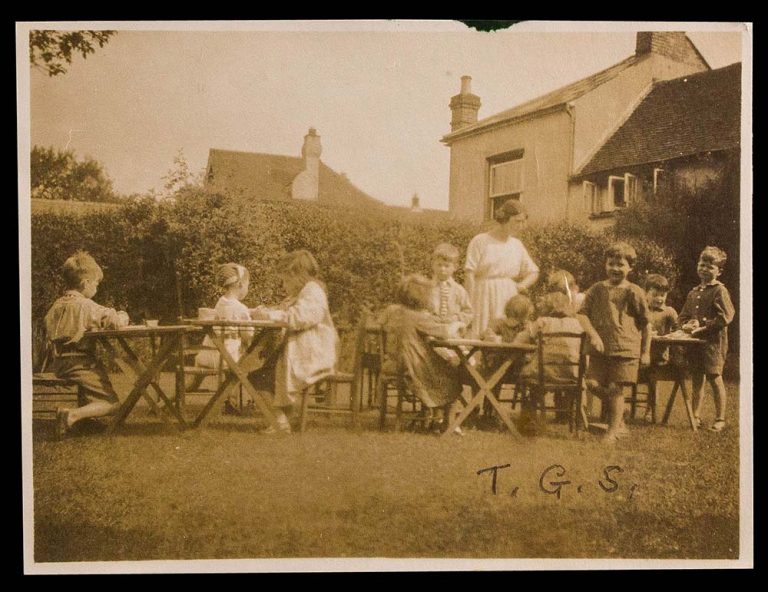 As I mentioned before, the main focus of this traineeship has been digitisation and digital preservation. This has involved a very steep learning curve as it was almost entirely new to me. The majority of my work has been in the development of a project digitising an academic journal called the Educational Times. This was produced by an organisation called the College of Preceptors, established in the mid 19th century, who were seeking to professionalise teaching by creating professional standards and qualifications. The journal sits within a much larger collection documenting this organisation, but provides the most concise distillation of the organisation’s aims and activities as well as offering insight into the attitudes of teachers in this period.

We chose this journal for two reasons. Firstly, because of its fragility. Due to its age and the low quality paper used, many pages are starting to flake and the binding is starting to loosen. Digitising the material will aid the preservation of these rare original copies by allowing users to view them primarily in electronic form. The second reason for choosing this particular journal is that we receive a large amount of enquiries about it. The journal regularly published lists of recently qualified teachers, which are of interest to both academic researchers and genealogists because they provide information about specific teachers, when they qualified and which school they taught in. Making these volumes available and fully searchable online has already proved to be an asset for our researchers, and has rescued the archivists from the often daunting task of trawling through several volumes looking for that one elusive name!

I have planned and managed this project from the beginning, which has really been in masterclass in digitisation and digital preservation skills. From early scoping and planning exercises, to condition surveys, to grappling with file formats and metadata, to managing a team of volunteers, to promotion via social media, I have a acquired a variety of skills which I hope to develop further. I was also fortunate enough to apply for and receive funding from JISC to develop the project further with colleagues from UCL. This has involved developing relationships with academics to promote the resource, using search engine optimisation techniques and creating a podcast to promote the collection.

This traineeship has been a great opportunity to learn and develop these skills while working alongside archivists. I have gained a real appreciation of the job and take with me an enthusiasm and passion to the next stage of my career.