I’m going to make my own mark; poetry will be a fresh, bold-stepping spirit on the site and (I’m hoping) not the last of its breed. 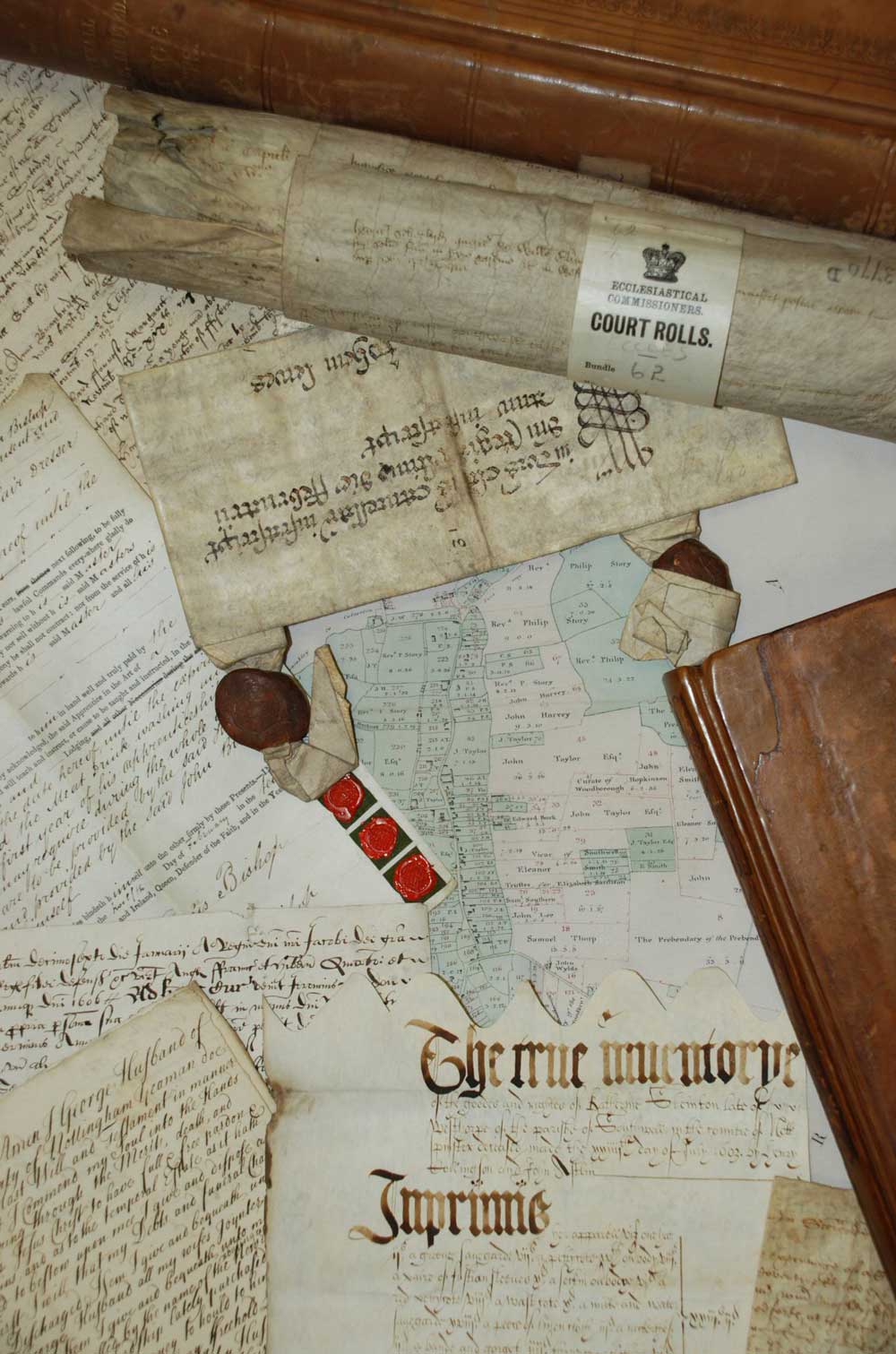 A selection of files at Nottinghamshire Archives

Based in Nottinghamshire Archives, I’m currently supporting three projects in my role as trainee for The National Archives: one in which I’m digitising sensitive data, another project that supports the role of the Nottinghamshire Archives within school’s outreach and the curriculum and, thirdly, one that feeds an online site which serves the communities of Nottinghamshire.  This latter is uploaded with digital scans and photographs of manuscripts and documents from Nottinghamshire Archive’s collection alongside explanations and background to the images.

I see a lot of trolley pushing of document requests; indeed, one can imagine being on a hospital ward, distributing medicines, chocolate and newspapers to the patients.

But what we’re really seeing is history rolled out: maps, plans, indentures, probate documents, personal and collective memories…  Yesterday I was skimming through newspapers from the Second World War and reflecting on my father and his seasoned eight decades.

I’d be interested to find out if other trainees have sat with documents and really considered what they’re handling.  Have there been any moments of reflection, realisations? Perhaps you’ve discovered a photo album that has an image that looks like yourself or a close or distant friend?

Consider the imprints of manuscripts; what they’ve been through, what they’ve collected:  the dust (before it’s cleaned off), the unseen data, if you like.  The only way to explain this (for me, anyway) is through metaphor; a medium I’m familiar with from my previous incarnation as arts worker.

Our traineeships are about finding things out; learning and absorbing. In the day to day, occasionally there’s something more transient we engage with.