In my last post (Watch out Aliens!) I discussed the records I had based the Polish Community in Leicestershire project on and described the Alien Certificates and Alien Cards in detail. Today I would like to focus more on the stories told to me by the Poles who came to Britain in the late 1940s. Through visiting and interviewing these generous people, I managed to make several oral history recordings which have been essential to the project. 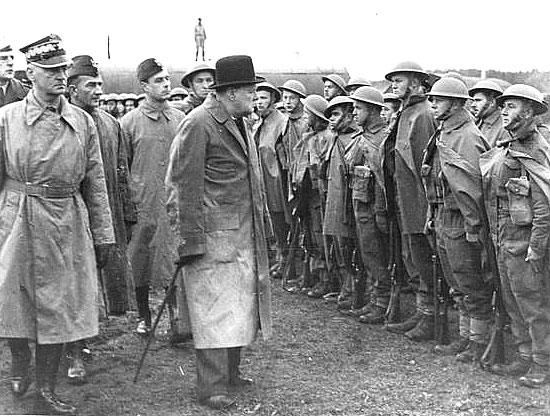 The Polish people who came to Britain in the 1940s arrived here as a result of the Second World War. They were either serving under the British Command once Poland collapsed after the attack of Nazi Germany and Soviet Russia in 1939, or as dependants of relatives in the army. Most of the Poles who settled in Britain originated from Eastern Poland and were deported to Siberia by the Soviets in 1940 and 1941. After the Nazi attack on Soviet Russia, Polish and Russian authorities signed an agreement which allowed deported Poles to leave Siberia and join the Polish Army under the British Command (approximately a million people were taken into Russia and only about 15% of them managed to get out).

Those who were unfit for army duty were directed to the refugee camps in India, the Middle East, Uganda, Tanganyika and both Rhodesias. On average, most Poles who were placed in the above mentioned camps lived in them for about four to five years, and most of the women, children and elderly who had a relative in the Polish Army arrived in Britain between 1947 and 1950. Less people, but also a significant amount of Poles, came to the British Isles from European Displaced Persons camps, where they were located after years of forced labour in Germany and Austria. Once here, Poles were placed in ex-army camps where they lived until the late 1950s or even early 1960s. They lived in very tough conditions (most Nissen huts were not isolated, there were no ovens or toilets) until they could afford to move to their own homes. It is also important to mention that the British Authorities didn’t recognise Polish qualifications and many educated Poles worked as labourers, railway workers and miners as these were the main professions widely available to those who came. Despite the hardship, most Polish communities in Britain organised themselves very well by building their own Catholic Churches, Saturday schools and clubs, as well as following religious and secular traditions until this day 1.

Prior to working on The Polish Community in Leicestershire – people who came here in the 1940s, 1950s and 1960s, I had never recorded people and their life-stories, and must admit I was concerned that my lack of knowledge and experience would have an impact on the project. I was also anxious over getting in touch with the representatives of the Polish community as I was convinced they wouldn’t want to respond to someone my age or wouldn’t want to talk about their darkest moments from the Second World War. As it turned out, all of my worries were unnecessary and the experience of recording others proved to be simply magnificent! Despite the fact that I have read many books and watched countless documentaries regarding the Second World World War and Siberia, I discovered that I still wasn’t completely prepared to listen to someone who actually went through this hardship and who remembers horrifying events from that period.

It is hard to describe the range of feelings and emotions that you experience as you listen to a person telling you their most terrible memories. Interviewees openly shared with me their stories, such as: travelling for weeks at a time without food or water in cattle wagons to Siberia; starvation and hard labour during their time in Russia; eating nothing but grass whilst being in Uzbekistan; holding a baby sister overboard as there was no space on the ship’s deck during a journey through the Caspian Sea; suffering from diseases such as typhoid or constant inconveniences like lice. What surprised me was their ability to find positives, even at the worst moments, which I believe has its roots in the deep religious faith they had and continue to have now. It is really tough to stay objective at all times whilst talking to someone whose life was full of petrifying but also wonderful events and I think that even an experienced oral historian would have found it difficult!

What I found out during these interviews astounded me as I realised there is a huge part of the Poles’ history greatly unknown and untold in Poland itself, let alone in Great Britain. Without knowing the stories of the Polish people who came here directly after the war, it is impossible to understand their agendas, reasons for staying in Great Britain or the lack of complete assimilation into British society. If I – a Pole and a history graduate – wasn’t fully aware of some of the above mentioned aspects, why should I be surprised that the average British person has no knowledge of the Polish community, especially the one formed in the late 1940s?! I am only hoping that by making the recorded stories available to the wider public, these amazing accounts will be more acknowledged and admired, and not unknown any more.