Trainee Tuesday: Through a glass, darkly

Leicestershire’s Folk Past in Pictures

Welcome to another exciting instalment of ‘Trainee Tuesdays’ – brought to you this time via the Record Office for Leicestershire and Rutland, where I began work this July in the digital preservation department.

My fellow trainees have written eloquently about the digital learning curve and the processes and problems inherent to preserving born-digital content. This current contribution is more of a saccharine cherry on top of the digital preservation cake, in which I offer a sneak peak into some of our collections themselves.

Here at the Record Office we are busily scanning an enormous amount of photographic material, including tens of thousands of glass-plate negatives, one of my personal projects. Many of you will be familiar with this pre-celluloid medium, but for those who are not here is a pleasing assortment: 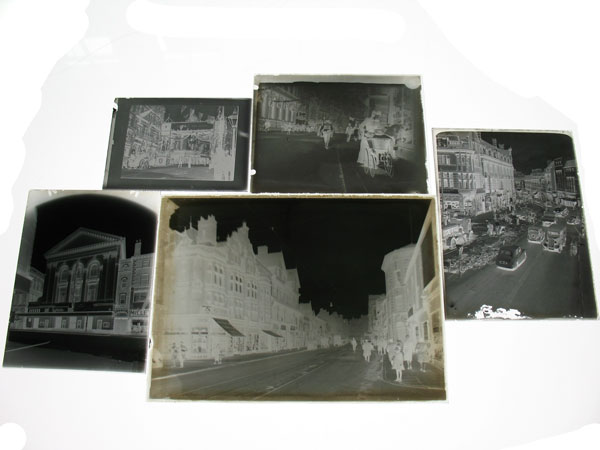 There is a pressing need to get this physical media into digital storage; the apparently sturdy glass-plate is in fact a fragile creature, with disintegrating emulsion and breakages commonplace. It is a sad truth that some of the most historically significant material is often at greater risk. I recently came across a broken portrait of Winston Churchill ‘chillaxing’ (to quote another PM) with the local football team. Even the process of unloading and scanning presents a risk, though I am pleased to say there have been no accidents with the 4,000+ slides scanned…  so far.

Equally important are the opportunities for public access inherent to digital collections. To that end, we are working on developing a fully searchable online database using the new cross-platform iBase Trinity system, in which these glass collections will feature heavily – stay tuned for a review.

Before moving to Leicestershire for this traineeship, I had never set foot in the county. Working with the negatives, many of which were previously uncategorised (and therefore ranged from subjects as diverse as the Leicester Blitz to the local hosiery industry), was itself a sweeping introduction into the area’s last 150 years or so. Due to an enduring interest in local folk custom, I was most pleased to see hints of Leicestershire’s misty traditional past emerging from the strong-room filing drawers. Hence the ‘taster’ I give you today. 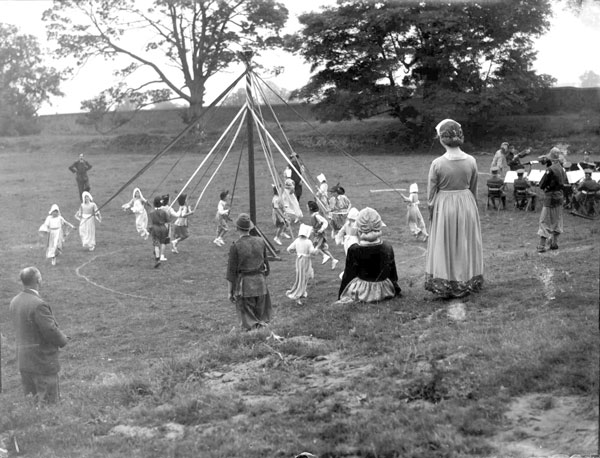 Childrens’ May Day celebrations with medieval players and band

Some holiday traditions were of the more universal type, such as the ubiquitous May Day and Guy Fawkes. But the photos reveal details which personalise the scenes. 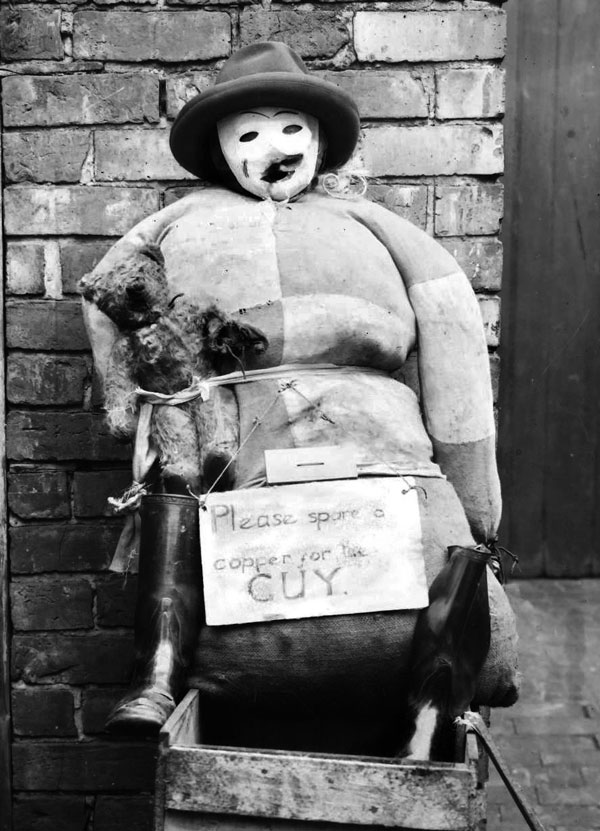 Others, such as the ‘Hare Pie Scramble’ and ‘Bottle Kicking’ which are observed to this day at Hallaton, are rather more unique. This Easter-time event comprises an opening ceremony with ‘distribution’ of pie by flinging it into the crowd (the eponymous hare having been replaced by mince in more recent times), followed by a riotous game existing somewhere between quidditch and football, played with ale-filled casks, in which the mile-long pitch entails boundary fences and other obstacles. 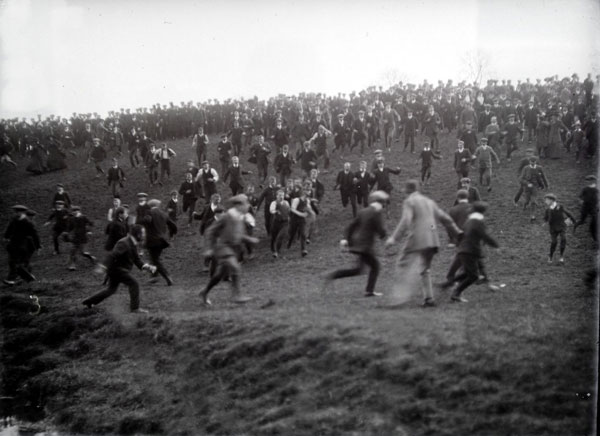 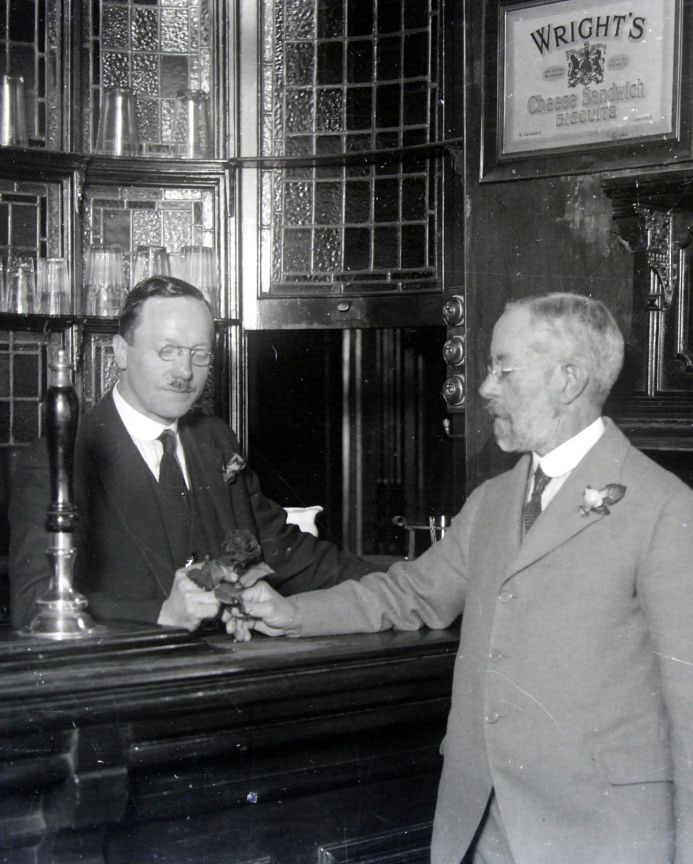 And then there was the tradition of the ‘Damask Rose Rent’, which sounded oddly familiar; perhaps at some point I had come across a news article about the early modern tradition’s decline and, happily, its subsequent revival in 2011.

For those interested in Leicestershire and Rutland’s photographic past, keep an eye on the Record Office as we work on getting the iBase library up and running!