I am now just over six months into my placement at West Yorkshire Archive Service and have worked on many diverse projects, from the re-brand of the Service to an outreach pop-up shop event (that was actually based within an empty shop within a local shopping centre). However, the project I am currently working on, identifying and researching the First World War collections that we hold, is the one that has most inspired me and captured my interest. From a collection of poems and illustrations made by soldiers whilst they were being treated in Bradford War Hospital, to official minutes from the meetings of Otley’s Belgian Refugee Committee, to personal letters and diaries giving an insight into what life was like during 1914-1918 both at home and at the front; the collections are vast and draw on personal experiences as well as official documentation issued at the time.

One of the collections concerned a soldier named Fred Smith of Kirkgate, who whilst serving for our country, was taken as a German Prisoner of War in May 1918 and kept at the Guscrow camp in Mecklenburg. The collection contains the correspondence between the War Office and his mother about Fred’s capture, letters from Fred to home, which he wrote whilst in the camp, and a letter from King George V welcoming him home on his return from the camp to England. 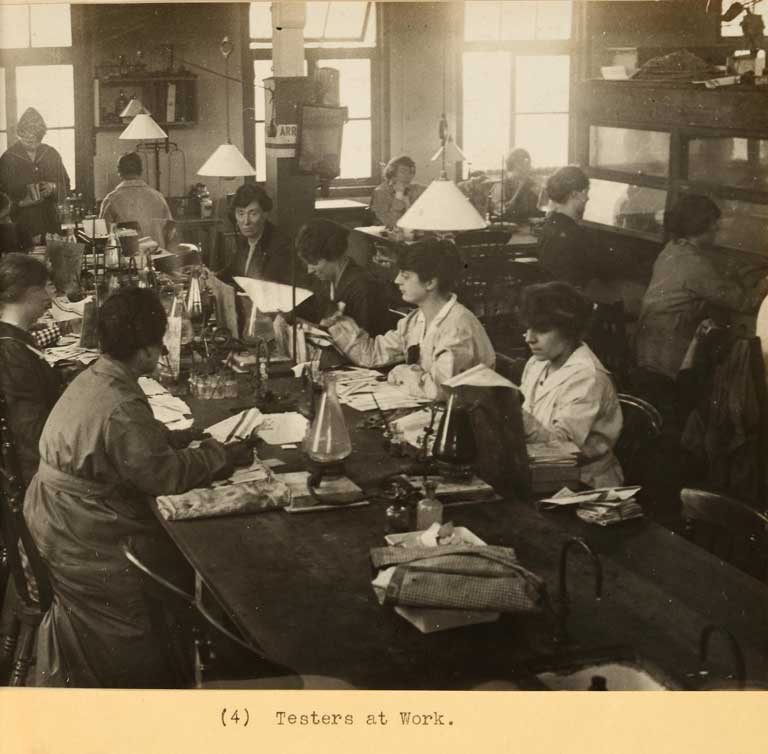 In his letters Fred writes: ‘By the way have you got a parcel away yet, I sincerely hope you have, as I am really dying for a ‘Blighty Woodhouse’ or a bit of choc!’ He also gives us an insight into the conditions of the camp ‘Of course you know we go out to work every morning at seven and stay out while seven at night and we get paid every ten days the amount of three marks which I spend in cigarettes, although I guess you know that without me saying it.’

I imagine that Fred through his letters was attempting to shield his family from what he was actually going through, although the tone of the letters are very cheery it is hard to believe that Fred is enjoying being there.

The more collections that I come across the more I am learning about not only the basic history of the First World War, but also of the personal experiences of the people who actually lived through it. I think that it is easy to forget the trials and tribulations that people went through during these years especially when the focus is generally centred upon the Front Line.

I have produced a Topic Guide detailing the First World War collections that we hold at our offices. It is also hoped that content from the collections will be used on future Catalogue entries, the West Yorkshire Archive Service blog, and a specially created Twitter feed, so keep your eyes peeled for these over the coming year.

Have you come across any First World War collections that have shocked or surprised you? Have you learned something that you didn’t previously know before researching this period of history? I know that I certainly have!