Over the last six months as a trainee at the London Metropolitan Archives (LMA), I have been absorbing myself in the film and video collection and hosting a monthly Film Club dedicated to the interpretation of the previously little explored moving image archive held here. The Film Club gets together to watch and discuss films within the collection, often focussing on themes that are of particular relevance to events occurring in London within that month, whilst also providing a platform from which to engage our regular archive visitors in a different way of researching and sharing information. 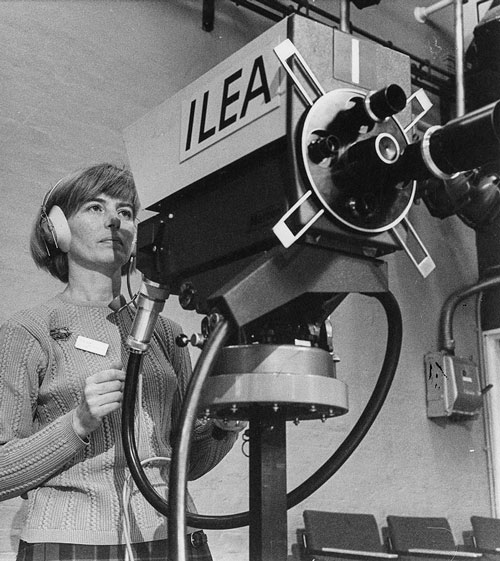 Some of the strangest and most interesting screenings have come courtesy of a collection of educational videos made by the Inner London Education Authority (ILEA) in the 1970s and 80s. ILEA was the education authority for the 12 inner London boroughs and the City of London from 1965 until its abolishment in 1990, after which the educational needs of these schools were taken on by the borough in which they were situated, in line with the rest of the country.

The idea was that ILEA would be able to make and broadcast educational programmes for the schools under its authority, and that these would then be transmitted between 10:00 and 19:30 to accommodate all school timetables. They used a converted school in Battersea to facilitate studios, rehearsal spaces and post production units, and would involve children and teachers from the inner London schools in the staging, camera work, and performing of the programmes so that they maintained relevance with the target audience. Debates, re-enactments and show-and-tell sessions were watched by around 300 schools across inner London and provided both children and teachers with readily available learning resources to enhance classroom activities.

The first transmission took place on 16 September 1969 and the Television Service ran until 1977, when ILEA was forced to re-think its direct broadcasting of the programmes due to rising cable network costs. They continued to produce the programmes but began to distribute them on video cassette, and schools invested in new VHS equipment to facilitate these changes. Those schools within the inner London area were able to buy or rent the films to show in their classrooms, and the videos were also distributed to schools across the country at a higher charge. This evolution of the Television Service into a semi-private service which also produced commissions for purposes outside the ILEA illustrates the struggle of the Battersea Unit to be self-sustaining, something which they were ultimately unable to achieve, leading to the closure of the studio.

Although there seemed to be a demand for the videos there was no real indication of how much they were being used within schools or how effective they were as teaching aids. The Television Unit was producing around 50 programmes a year averaging 20 minutes in length each but as the national curriculum changed so did the demands of the producers. They produced films which addressed issues such as AIDS and homosexuality; however, it is not clear as to whether they were ever distributed to schools due to changes in government legislation at the time, forbidding the teaching of these subjects within school environments. Attempting to cover less mainstream topics may have added to any financial problems already faced by the Unit, as there would have been less demand for the work they were choosing to produce. 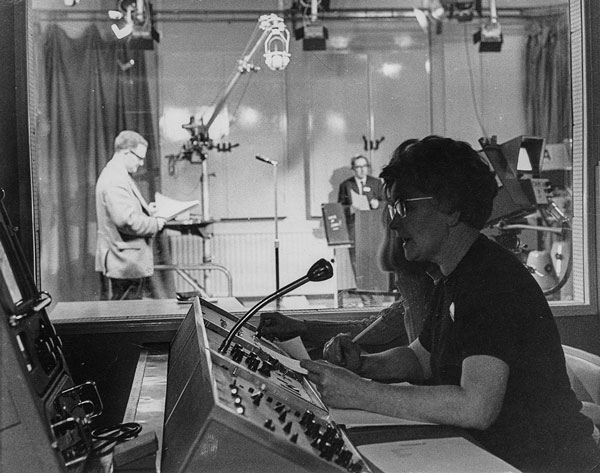 When the Greater London Council (GLC) disbanded in 1986 the records of the ILEA, along with other council documents and material administered by the GLC, was deposited at The Greater London Records Office, now London Metropolitan Archive, and this collection forms the basis of the archive records still held here. The Battersea studios were eventually bought out by its employees in 1990 and the remaining material produced by the Authority has been deposited alongside the GLC collection at LMA.

Watching these videos now, I am aware that their purpose as educational tools, in the way the producers intended, is no longer relevant or even in some cases, politically correct. I am not watching them in order to learn from their content in terms of subject matter, but rather they provide a glimpse into the recent history of education and teaching, and illustrate the use of media and new developments in technology within schools and colleges at that time. When we think about the way that educational teams in schools and across the heritage sector are trying to engage new audiences through social media and technology I can’t help thinking that the ILEA were on to something in the way that they attempted to bring interaction and participation into the classroom in order to capture the attention of the audience in an exciting way. And isn’t this what we are still using this collection of films for 30 years later? Albeit not to teach the national curriculum, but to engage people in the history of film and education?