Tracking the Tudors: a special event for students

On Monday 26 February The National Archives welcomed sixth form students from a number of different schools to take part in our special event, ‘Tracking the Tudors’. They braved the ‘beast from the east’ snowy conditions to explore Tudor State Papers first-hand and to hear the acclaimed Tudor historian Tracy Borman speak about her research. They all seemed very pleased that they had braved the wintry weather to do so.

The morning sessions gave students the opportunity to work with original documents from the 16th century. One teacher, from a school in Cheshire, was particularly interested that the State Papers had made the three-day journey to Kew from the salt mines there. 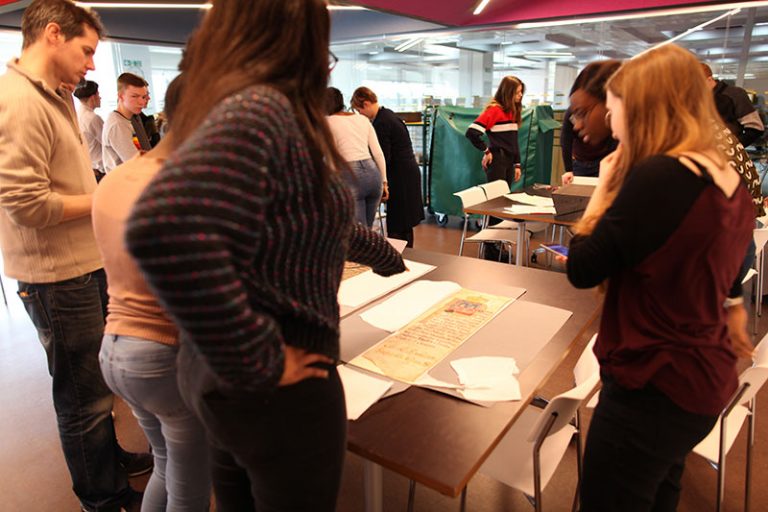 The students were split into smaller groups to carry out their research.  Some of the students investigated what Elizabeth I’s speeches and letter could reveal about her style of ruling. They had a go at palaeography, tackling the tricky-to-read ‘Declaration of Intent’ – the speech given just days after the death of Mary I  (SP 12/1 f.13).

Another group explored some of the different Tudor rebellions and gauged the level of threat posed to each of the Tudor monarchs. They began their session with a ‘mystery document’: the Tide Letter. (SP 11/4/2 f.3- 3v) Students thoughtfully considered the context in which this letter was written. They made insightful comments, with one student suggesting that the ever-increasing size of the handwriting could signify that the author was rushing, or even running out of things to say!

When the mystery document was revealed as a letter written by the 20-year-old Princess Elizabeth, delaying her entry into the Tower of London, there were audible gasps. The students also rose to the challenge of deciphering and locating specific documents within the State Papers for themselves. Many of them commented that the opportunity to look at the original documents brought them closer to the personalities and voices of these iconic historical figures. In particular the chance to see Edward VI’s handwriting and his signature (which they felt was surprisingly confident and assured for a 13-year-old) was very special (SP 10/8 f.12).

At the end of the morning sessions, students had the chance to see an array of Tudor treasures. Mary’s plea rolls were a highlight, as well as Henry VIII’s Great Seal.  After seeing Henry VIII’s will, one student  told her friends, ‘Do you know how important that document is? It changed the course of history!’ 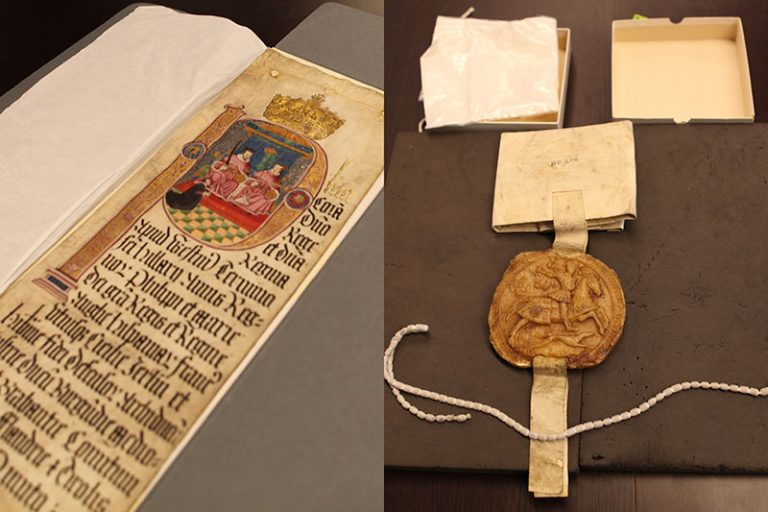 In the afternoon, students were treated to a fantastically engaging talk from the historian Tracy Borman, exploring the portrayal of Thomas Cromwell as ‘Henry VIII’s most faithful servant.’ She explained that her research into Thomas Cromwell was inspired by her desire to test the historical credentials of Hilary Mantel’s novel ‘Wolf Hall’. In his introduction, Andrew Payne (Head of Education and Outreach at The National Archives) encouraged students to interrogate their historical reading with the ‘back of the book test’ to see if original documents had driven the writing of these texts. Tracy expressed relief that her published research appeared to pass Andrew’s test. 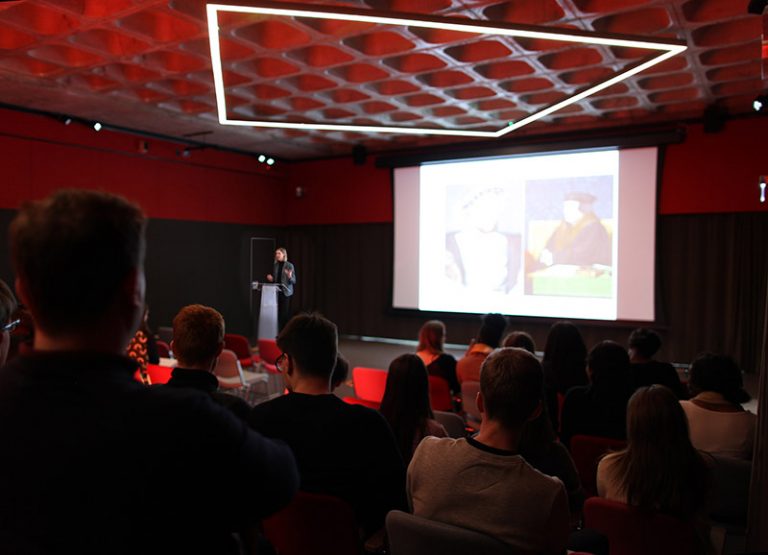 Tracy’s talk explored the complex context of the Reformation, through the lens of Thomas Cromwell’s passage from his early life as the son of a blacksmith to the exalted position of Earl of Essex. Accounts of Cromwell’s unorthodox persuasive techniques were particularly extraordinary. When negotiating a papal grant Thomas Cromwell identified that the weaknesses of Pope Leo X were hunting, English music and sweet treats. Cromwell therefore courted the Pope by hiring an English chorus to play while he hunted, before presenting the Pope with a plate of jelly. This apparently sealed the deal! Tracy’s talk showed the importance of uncovering personal details that bring historical figures to life.

The common theme that emerged throughout the day was the power of looking at original documents first-hand. Tracy commented on the importance of this for her as a historian, especially with the Tudor State Papers – of examining the original text and not just relying on the summary in the Calendars. When asked which document has given Tracy the biggest thrill in her career she replied the ‘mercy mercy me’ letter, in which Thomas Cromwell is pleading to Henry VIII for his life (held at The British Library). Compared to his usual calculated and considered interactions with the king, these scrawls convey his increasing desperation.

‘Tracking the Tudors’ gave students the opportunity to actively investigate the past by looking at original documents first-hand. Hopefully some of these students will return to The National Archives as the historians of the future. Judging by their impressive investigation skills, we’re sure that they will.