Too young to cross the road

‘Too young to cross the road, we were deported to the other side of the world to cold, cruel institutions. We were robbed of our identities, our dignity and our families. Our parents lost their children.’

International Association of Former Child Migrants and Their Families 1 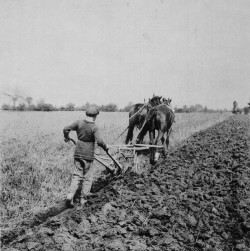 In the late 19th and early 20th centuries, around 80,000 children were sent abroad to Canada to work as labourers or domestic servants. They were children of poor families, some were orphans, but by no means all, most under the age of 14.

They were sent by various charitable organisations including Thomas Barnado’s, keen to ‘solve’ the problem of pauper children in Britain without necessarily implementing social change back home.

Last week I had an interesting conversation with an enquirer at one of our research desks regarding a branch of his family, who he had traced to Canada as descendants of British child emigrants. From his research, he told stories of how young some of the children had been when they were sent abroad, and the abuse many had suffered following the often poor checks carried out on the homes they were placed in.

The story has many sides – many children did have happy and successful experiences – but the situation can’t help having an overwhelming sadness attached to it. Young children, generally from struggling families, workhouses or orphanages shipped many miles away from home to an unfamiliar place where they were put to work. Although casework was often carried out, many of the children were left ‘with less supervision than even the English poor law provided at home’, thus leaving them open to abuse and poor treatment. 2 It seems the underlying problem with the schemes was that in the majority of cases, the immigrant children lived as members of a household, not as members of a family.

I pointed the enquirer to our Research guide on Emigration, but decided to take a look at some the records myself, as they seemed to suggest we held personal stories, rather than just policy implementation, which is rarely the case.

As you might expect, there is a wealth of documents relating to the discussions surrounding the various schemes within Ministry of Health files. The popularity of, and social attitudes to child migration schemes varied over time, often depending on the situation at home. In very simplified terms, the harder things got with increasing migration to cities or outbreaks of cholera and smallpox for example, the more pressure was placed on relief services and workhouses, the more attractive the opportunities to send children to what were considered ‘better’ lives in the colonies became.

Some of the most interesting documents relate to the children themselves. In MH 19/9 for example, there is an extensive report from 1888 on children sent to Canada. At various points during the emigration schemes, reports were requested from the Governor General of Canada on the welfare of the children, although many sources suggest this wasn’t often enough. This report appears to be a good example of the variety of experiences the children had: 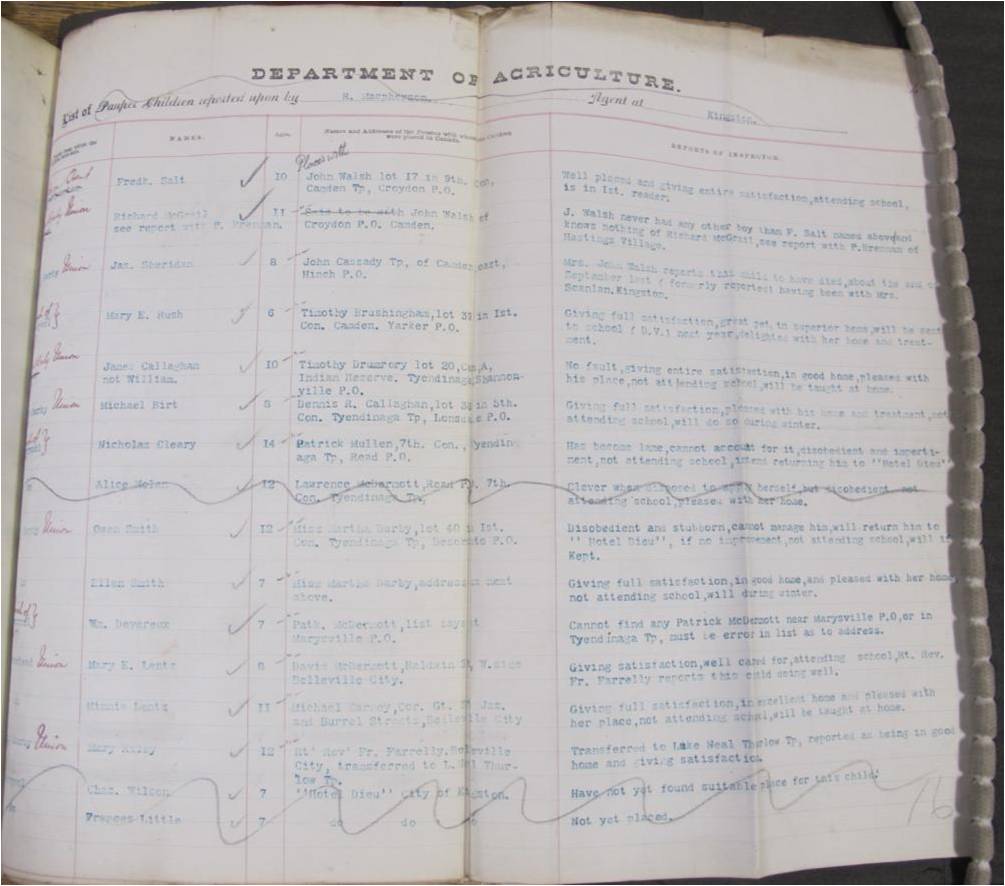 Extract from report on child migrants to Canada showing a children in a range of circumstances (catalogue ref: MH 19/9)

Owen Smith, age 12: ‘Disobedient and stubborn, cannot manage him, will return him to “Hotel Dieu” if no improvement, not attending school, will if kept.’

Mary E Rush, age 6: ‘Giving full satisfaction, great pet, in superior home, will be sent to school … next year, delighted with her home and treatment.’

It is difficult to know how objective the reports are, they seem to rely on the opinion of one inspector and the ‘look’ of the children, coupled with comments from both the householders and the children themselves. However, this particular inspection did raise concerns about the number of children in unsatisfactory homes or, most alarmingly, ‘Lost sight of.’ A separate list of these children is included with the report, with details of the problems, for example: 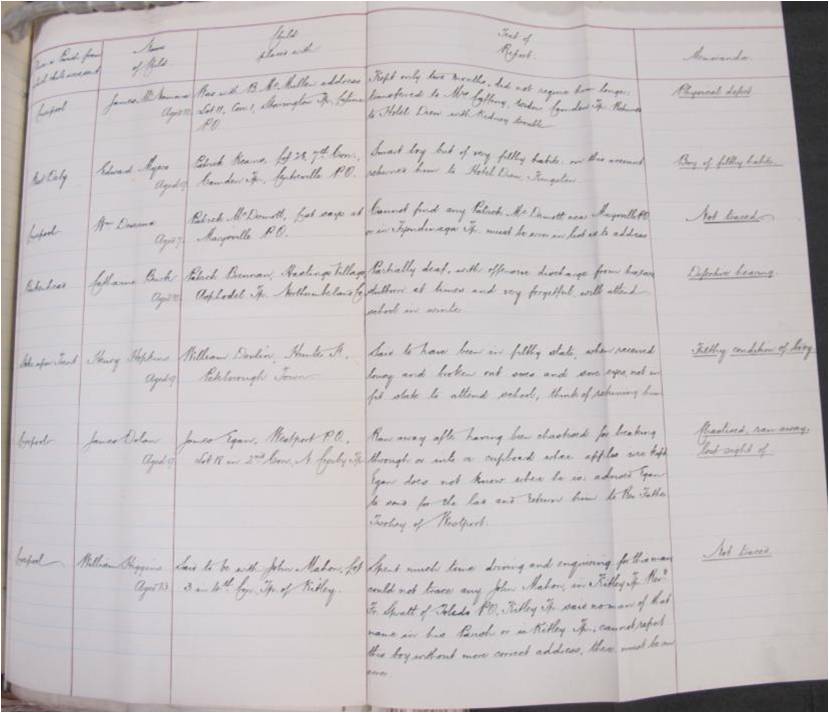 Extract from report on child migrants to Canada showing children considered to be of concern (catalogue ref: MH 19/9)

James Dolan, age 9: ‘Ran away after having been chastised for breaking through or into a cupboard where apples were kept. Egan [the householder] does not know where he is: advised Egan to send for the lad and return him to Rev Father Twohey of Westport.’

Short summary notes are provided on each child in this category, with descriptions such as ‘Not traced’ or ‘Boy of filthy habits’ frequent throughout.

What happened to James Dolan and others like him? We may never know, but research is being done in the area, and recent projects are attempting to gather information and oral histories where possible of the children affected.

If you would like to find out more, our Research guide points to an online exhibition,  On their own – Britain’s child migrants by the Merseyside Maritime Museum and the Australian National Maritime Museum. There is also a podcast on our website by my colleague, Roger Kershaw, which delves in much more detail into the history of child migration and the hidden stories within our records.

For further research, many more documents in The National Archives on child emigration to the colonies can be found through simple keyword searches on Discovery.