Home > Blog > My Tommy’s War: bravery in the ranks

My Tommy’s War: bravery in the ranks 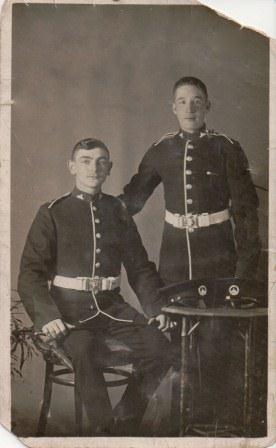 I would like to start by thanking my uncle David for his all help and the information that he has given me. This blog post is collaboration between the two of us.

My Tommy is my great-granddad Alfred Hullah. Alfred, or Alfie as he was known, was born on 16 September 1894 in Cardiff to Edward John and Elizabeth Anne Hullah (nee Davies) and was one of twelve children. Alfie spent most of his early years in Portsmouth where his father was a property manager of the Theatre Royal (RG 14/5562).

Unfortunately, as a result of a fire caused by an incendiary bomb at the War Office record store in London in 1940 Alfred’s service records, like those of many other First World War soldiers, have not survived. We have managed to use various sources to piece Alfie’s story together from family stories and information, unit war diaries held here, contemporary newspaper reports and a history of The South Wales Borderers.

In July 1912, adding a year on to his age, Alfie enlisted at the regimental depot of the 1st South Wales Borderers in Brecon, Wales to serve for seven years with the colours and five years with the reserve. Despite the breaking down of Anglo-German relations, Alfie could not have dreamt that two years later he would be engaged in one of the bloodiest battles of the First World War, the Battle of Langemarck. It would be this battle where Alfie would be awarded the Distinguished Conduct Medal (DCM) for his bravery under enemy fire.

Seven days after war was declared with Germany, orders were given to the 1st Battalion that it was going to form a British Expeditionary Force Battalion. The next day they travelled by train to Southampton to embark on the SS Gloucester Castle, the ship that would take them to France. After a slow but smooth crossing, they arrived at Le Havre just after midnight; by 21 August, continuously marching in excruciating heat, they had got closer to the Belgian front where they heard distant gunfire for the first time (WO 95/1280/3).

The first day of the Battle of Langemarck

At 8am, after a four hour march, Alfie and his regiment arrived in Langemarck. By 9am ‘A’ company were holding an advanced position about 250 yards from the trenches where they came under heavy attack from German machine guns and a barrage of shell fire. Not surprisingly, there were heavy losses and many casualties.

There was a request for volunteers to leave the front line, take messages back and bring up more supplies. Alfie, Lance-Corporal Richard Henry Coxhead and Drummer Arthur William Foster at once volunteered, and they were told to return from the front line and ask for enforcements and more ammunition. The history of the South Wales Borderers, 1914-1918, pages 38-40 gives a detailed account of the days’s events at Langemarck.

Taking his loaded rifle, he crawled on his stomach for about 700 yards across an open area that was covered by the enemy’s machine gun and rifle fire. Eventually the three of them managed get back to meet the reserves and deliver the messages from the front. Collecting more ammunition, they started the return journey back to the front under heavy fire.

Towards the evening it quietened down and they carried out a roll call. From both the officers and men,  21 were killed, 63 wounded and 66 missing. This was just the South Wales Borderers, if you add the figures from The Queen’s Royal West Surrey Regiment, 1st Battalion Gloucestershire Regiment and the 4th Battalion Royal Welsh Fusiliers, the total rises to 43 killed, 186 wounded and 73 missing (WO 95/1274/3).

For this invaluable act of bravery Alfie was awarded the Distinguished Conduct Medal (DCM), and the award was announced in the London Gazette on 11 November 1914. 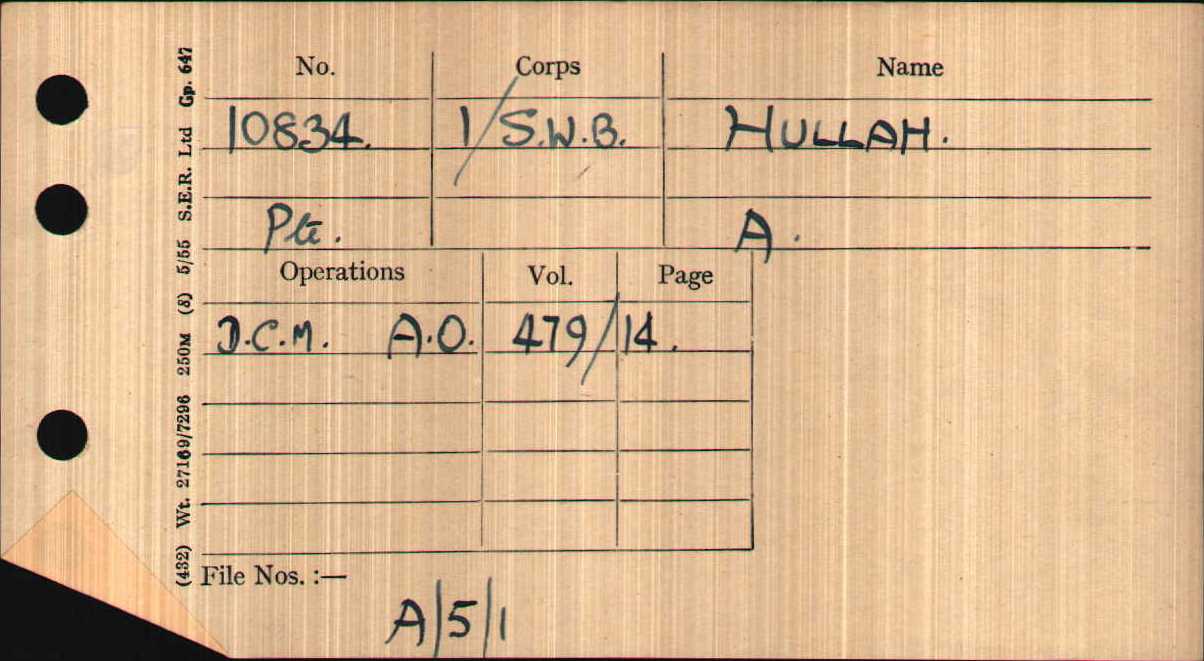 In May 1915, the King visited Barrow-in-Furness to see the work being done by Messrs. Vickers Ltd for their output of munitions for the war. During the visit he went to a field next to the ruins of Furness Abbey where he inspected the troops and presented decorations.

Amongst the men was Alfie, who was presented with his DCM. An account of the King’s visit can be read in the Manchester Evening News published on 21 May 1915, this is accessible through the British Library Newspaper Archive. Lance-Corporal Richard Henry Coxhead also received his medal, sadly Drummer Arthur William Foster died of wounds at the age of 18 on 6 November 1914. I am not sure if he was wounded in the battle of Langemarck or in subsequent fighting. He is commemorated on the Commonwealth War Graves Commission‘s website.

Alfie survived the war, but not unscathed. He was shot through the hand, gassed on two separate occasions with tear and mustard gas, and buried alive.

The history of the South Wales Borderers, 1914-1918, page 50, makes reference to a life changing event for Alfie, Captain Guy Bernard Campbell Ward and other comrades (although it does not name Alfie private family papers corroborate accounts). On 31 October 1914 Alfie and Captain Ward were buried alive when a shell exploded next to the trench causing it to collapse. Once Alfie had been dug out, despite having sustained a head injury for which he later required a metal plate, he began digging to reach Captain Ward who was trapped beneath the mud and remains of the trench, as he knew where Captain Ward was standing when the trench collapsed. The other men soon began to dig, it took them 20 minutes to reach Captain Ward, but they saved his life.

In 1915 whilst residing at Penally Training Camp, he used to visit a local church hall, which also served as a servicemen’s canteen. This is he where he met my great-grandmother who used to volunteer there to serve tea and cakes to the troops. When Alfie returned to the front, they wrote to each other and in 1918, taking a week’s leave from the Army, he returned to Wales where they married. South Wales became their home and this is where they raised their family and where Alfie passed away in 1979.

Alfie, like many of his generation, never talked much about the war. If it was not for his DCM, and the newspaper clippings found stuck to the front of his copy of The history of the South Wales Borderers, 1914-1918, (which we believe were stuck in by my great-grandmother) we would have had no idea about the courage and absolute bravery he showed in the war.

I would like to end this blog with a quote from my cousin: ‘what an honour to be related to such a gallant man’. I could not agree more.