Till death do us part? Divorce in medieval England

In the middle ages, Church courts dealt with all religious matters including marriage, divorce and the punishment of adultery. Even after the Reformation, Church jurisdiction over marriage disputes continued until 1857. 1 Within the E135 series, which I have been cataloguing as part of my PhD placement, is a discrete selection of documents dealing with these issues.

Divorce in the modern sense of the word did not exist in the medieval world. 2 Although the term is used throughout the records in E135, what it actually meant here was an annulment which declared the marriage invalid. 3 There were actually only a very small number of divorce cases in medieval England from the second half of the 13th century to the mid-16th century, which makes the documents relating to this in the E135 series so interesting.

Under medieval Church law, there were only a few, very specific reasons which could allow men and women to ask for a divorce. These included:

In many of these cases, it was the lack of sufficient evidence which made them difficult to prove and this may have deterred people from taking their cases to the Church courts. Money was also an obstacle. Marital disputes among the nobility are the most well documented, as they had the means to pursue this expensive course of action. Occasionally we get a glimpse into the potential costs involved in a suit of divorce. For example, in 1531 the divorce between Elizabeth and Henry Savill accrued fees of £20 (E135/7/26). In today’s money, this would amount to about £7,000.  This meant that often those from humbler backgrounds settled disputes amongst themselves by choosing to live apart. 5 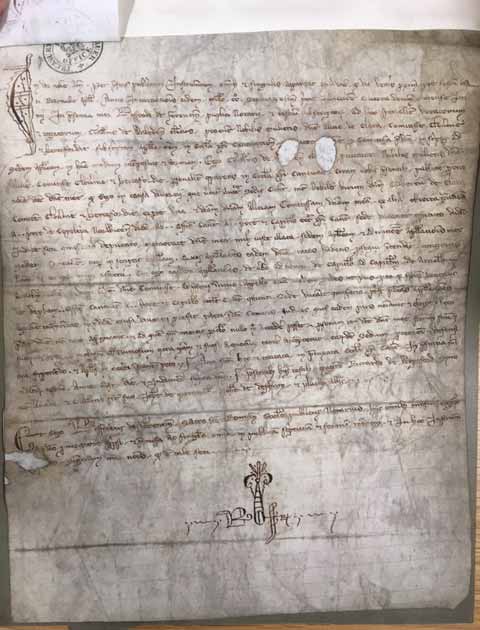 Appeal made by Alice against her husband for the divorce (catalogue reference:

The earliest case which survives in the E135 series is the divorce for Gilbert de Clare (1243-95), known as Gilbert the Red, seventh earl of Gloucester and sixth earl of Hereford, and Alice de Clare (formally Alice de la Marche).

By 1267 Alice had become estranged from her husband and in 1271 she made an appeal for divorce.

Although the exact reason for this estrangement was not specified, it was rumoured that Edward I had an amorous interest in Alice, possibly suggesting the two of them had an affair. This may have contributed to the couple’s formal separation in 1271 and certainly deepened mistrust between the king and Gilbert. 6

There are two documents concerning this case within the series and William de Waldern, a clerk at the court, was the notary for both. 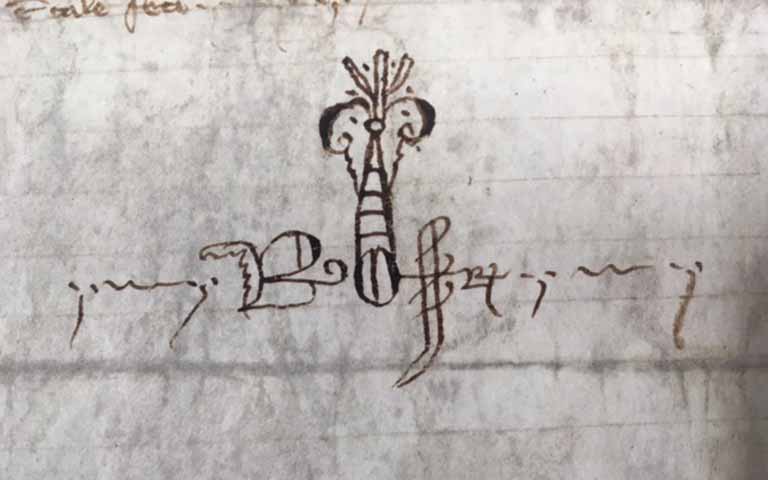 The first document (E135/7/1) is the appeal made by Alice against her husband for the divorce, and the second document, produced later in 1271 (E135/7/2) is another appeal made on Alice’s behalf to the court, as it appears that she has not been kept informed of her case’s progress. 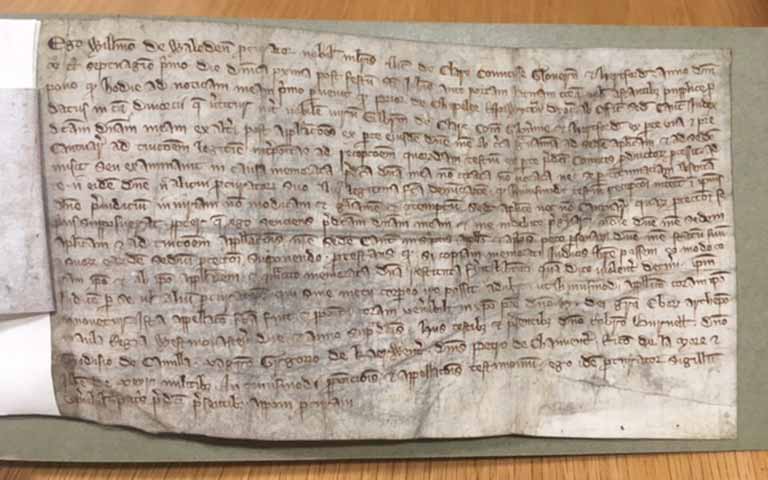 The case was not fully resolved until over a decade later when in 1285 a divorce was finally granted. Gilbert was then given permission by the pope to marry Princess Joan of Acre, Edward I’s second surviving daughter, in 1290. Despite his formal separation from his first wife, Gilbert made provisions for Alice following their divorce in light of her noble heritage. However, he disinherited the two daughters he had with her in order to secure his royal marriage to Joan. 7

The E135 series has provided me with a fascinating project, the variety of documents, themes and historical periods makes this series an exciting series to explore. Start your search to see what you might find.