Through a lens: Malta – the George Cross Island

The Colonial Office library photographic collection contains 12 Malta albums with photographs ranging from the 1870s to the 1950s, as well as including some earlier engravings dating from the 1850s.  Malta had a magnificent and unusually Italianate architectural heritage inspired by the Knights of St John and many fine architectural studies can be found amongst the collection.

The two photographs of the Valletta Opera House included here come from an album of architectural studies and views of the Grand Harbour taken by Captain R D Lyon. 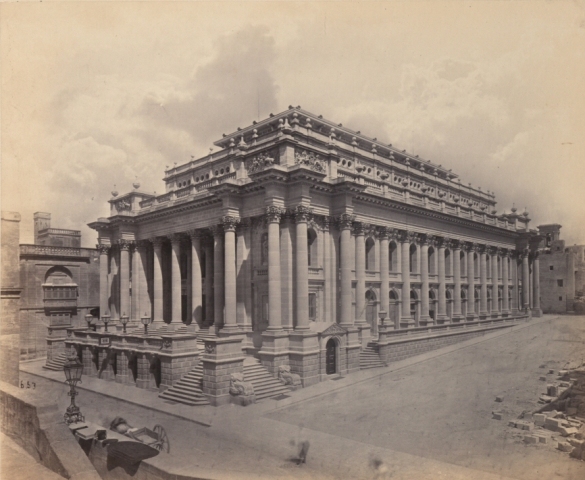 The Valletta theatre was designed by the English Architect Edward Middleton Barry (who had also designed the Royal Opera House, Covent Garden). These photographs date from 1870, three years before the interior was destroyed by fire. The exterior being largely undamaged, the theatre was refurbished and re-opened in 1877. 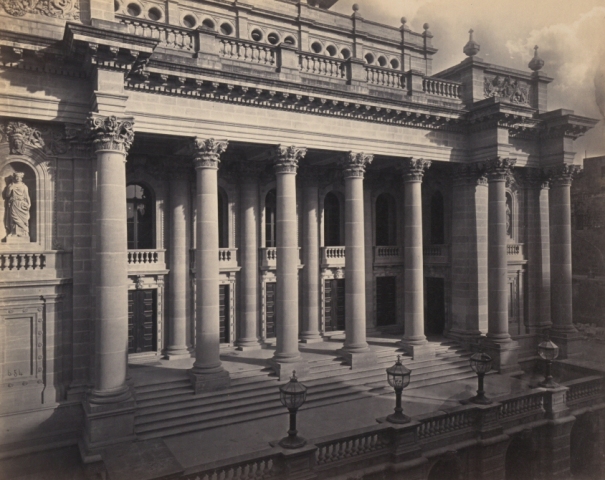 During the Second World War, Malta was of high strategic importance to the outcome of the war in the Mediterranean and North Africa with the first Axis air raids beginning in June 1940. By the end of 1941, Kesselring, the new Commander-in-Chief South, of German forces and the Regia Aeronautica (Italian Royal Air Force) in the Mediterranean, identified Malta as his first objective. He ordered the main air attack to start on 2 April 1942. With only one in four Axis supply ships reaching the Afrika Korps in North Africa and petrol supplies being essential to maintaining Rommel’s armoured thrust up the coast, Malta became the most bombed place, per square mile, on Earth. 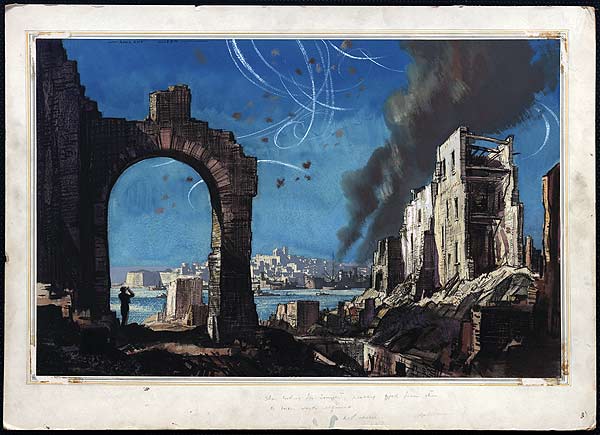 Under siege and with limited serviceable parts, Malta’s four fighter squadrons, comprising of some 60 pilots, rarely had more than ten aircraft available and frequently less. On 7 April 1942 the Opera House was devastated during an Axis raid with the portico and auditorium being completely destroyed. The air raids lasted until August 1944 totalling some 3,340 attacks, with over 2,600 casualties, and extensive destruction of a distinct architectural heritage. Malta was awarded the George Cross, the highest civilian award for gallantry, on 15 April 1942 in recognition of her people’s bravery and defiance. The citation of King George VI ran:

‘To honour her brave people I award the George Cross to the Island fortress of Malta to bear witness to a heroism that will long be famous in history.’

Uniquely, a representation of the George Cross is included on the Maltese national flag.

There have been a number of proposals over the years to rebuild the Opera House that have subsequently been shelved and the ruins themselves have now achieved something of an iconic status.