Set cookie preferences
Home > Blog > They think it’s all over …

They think it’s all over …

… when it’s really just beginning! My colleague Cathy Williams brings you her final update on The Record of London 2012. 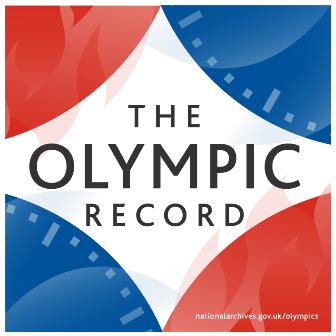 Cathy writes: My first – very first – blogpost in May posed questions about the history of the Olympic and Paralympic Games pre-London 2012 and the promised legacies post-2012, but this time I want you to think about what the questions might be in the future about London 2012.  What will researchers want to know or uncover? What will they want to analyse or interrogate?  What sort of data will they need and in what form?

Perhaps they’ll want to focus on the stiff and highly visible security measures implemented at all venues? Or consider the accusations of cheating levelled by the French at GB’s high-performing cyclists? (Did they really imagine our wheels could be ‘more round’ than theirs?!) or maybe question the anglocentric themes of the Olympic Opening and Closing Ceremonies? or measure the impact of the Paralympics on the way society views disability or physical impairment?

Before the Games began, they were being touted as the ‘Digital Games’, the ‘Green Games’, the ‘Legacy Games’ … but after the event, they might be better labelled as the ‘Yorkshire Games’ with a massive medal haul for the county at the Olympics? Or more seriously, as the ‘Women’s Games’?

An August edition of TIME Magazine ran a piece entitled Wonder Women highlighting the female ‘firsts’ at London 2012: it was the first Olympics in which all participating teams – including Qatar, Brunei and Saudi Arabia – sent both genders (except for Nauru but that wasn’t because women were deliberately excluded but because no women qualified!); Gabrielle Douglas became the first African-American US gymnast to win the women’s all-round title; and women’s boxing was recognised as an Olympic sport, the competitors narrowly avoiding having to wear skirts!

And that was before the Paralympics where, for GB, more women triumphed: Sarah Storey equalled Baroness Tanni Grey-Thompson’s medal tally to become one of Britain’s greatest Paralympians – perhaps even more of an achievement having gained them first as a swimmer now as a cyclist; Sophie Christiansen took three equestrian golds when her team mate Lee Pearson had been expected to complete the hat-trick; and our first ever gold in Paralympic sailing went to Helena Lucas.

But the medal winners and medal tables tell the tangible stories of the Games; making the intangible as visible and measuring its impact will be more difficult.

Debate has already begun on the future challenges for the Olympic and Paralympic Movements from global and more local perspectives:

By encouraging records creators and collectors to contribute to The Olympic Record, The National Archives is working to ensure that researchers of today and tomorrow will find those records that help them both frame and answer those questions – in whatever format, on whatever platform – and so provide them with the evidence they need to support or challenge their own hypotheses.

And to lead the way, we’ve just announced the signing of an agreement with the London Organising Committee of the Olympic Games and Paralympic Games (LOCOG), the British Olympic Association (BOA) and the International Olympic Committee (IOC) which means the deposit of LOCOG’s records at The National Archives post-Games.

So we’re not only doing our bit, but we’re helping you to do yours!